Accessibility links
How Do You Spell Precocious? 6-Year-Old Spelling Bee Contestant Would Know : The Two-Way Lori Anne Madison is the youngest-ever competitor in the National Spelling Bee, which is being held in Washington, D.C., this week. She might also be the only competitor who often studies while swinging upside down.

How Do You Spell Precocious? 6-Year-Old Spelling Bee Contestant Would Know

How Do You Spell Precocious? 6-Year-Old Spelling Bee Contestant Would Know 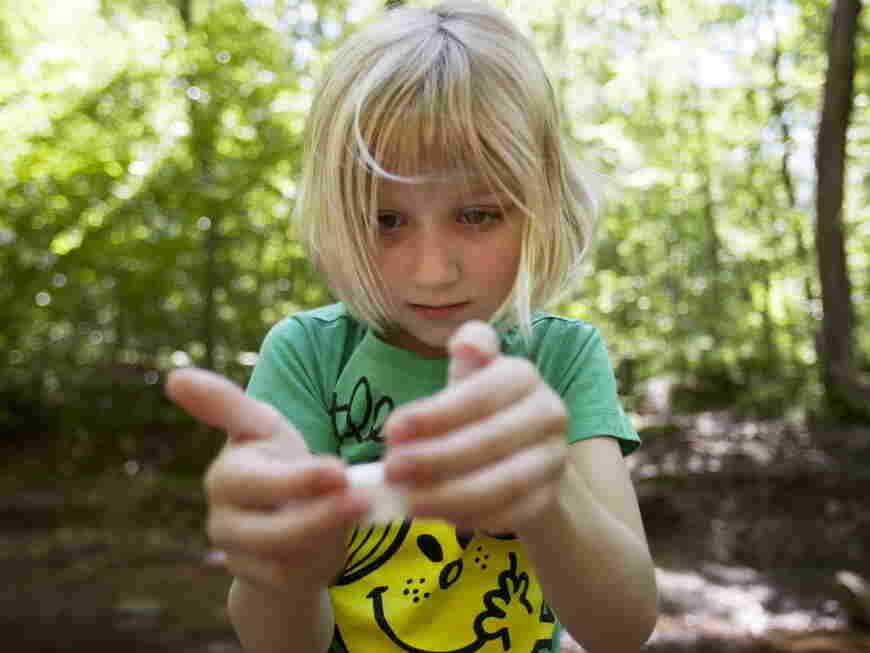 Lori Anne Madison, 6, studies a snail while also giving an interview to The Associated Press about being the youngest-ever competitor in the National Spelling Bee. Jacquelyn Martin/AP hide caption 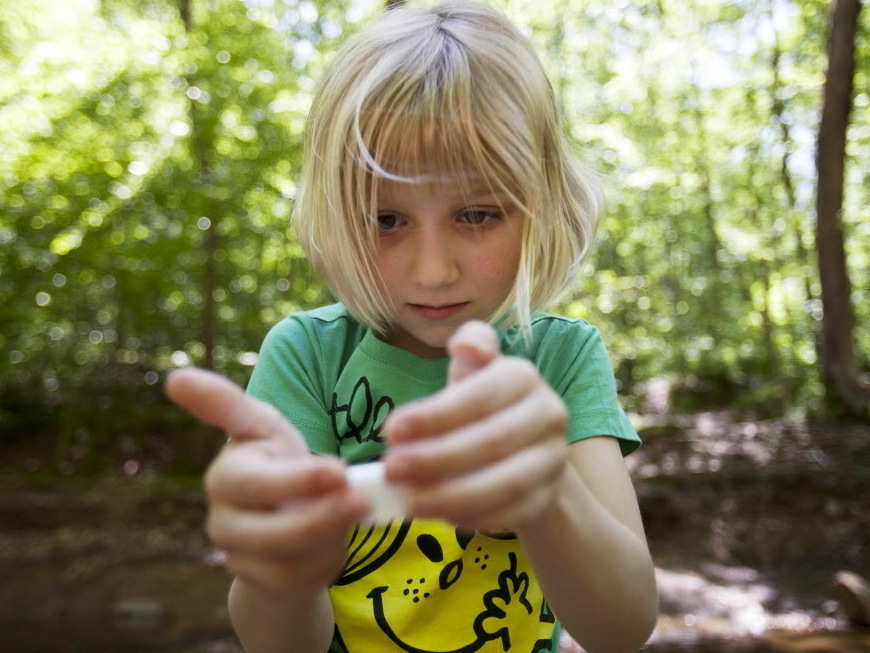 Lori Anne Madison, 6, studies a snail while also giving an interview to The Associated Press about being the youngest-ever competitor in the National Spelling Bee.

The National Spelling Bee gets going Wednesday and the story that's got everyone buzzing is about the youngest competitor in the contest's history: 6-year-old Lori Anne Madison from Woodbridge, Va.

She is, as Washington's WJLA-TV says, a "precocious little girl" who "is anything but ordinary" and will be on stage with others twice her age.

Lori Anne is also a little girl who knows what she likes and doesn't like. Interviews, for example, can be a bore. So, she insisted that one news outlet come along with her on a search for "snails, slugs, tadpoles, water striders, baby snakes and more":

"Lori Anne was more than happy to let a reporter and photographer from The Associated Press tag along at a picnic with other gifted home-schooled children, but she craftily steered any questions about spelling back toward the joint pursuit of slimy things in the creek."

The word that got her into the nationals was "vaquero," which she correctly spelled to win the Prince William County, Va., bee. According to The Washington Post, "before she was 2, her mother recalls, Lori Anne Madison was reading her first book — Dr. Seuss's Hop on Pop. At age 3, she competed in her first spelling bee." She's home-schooled.

Lori Anne often studies, according to her bio at the National Bee's website, "while swinging upside down or jumping on her trampoline."

This sprite of a speller isn't nervous, she says, about being in the National Bee. "I don't stress out about it," she told the Post. "Plus, I'm 6. I can always go back next year." And for several years beyond that: The upper age limit is 15.

The National Bee, by the way, is being broadcast by ESPN on its cable channels. The finals are scheduled for Thursday at 8 p.m. ET.