Accessibility links
'Flame' Malware Said To Be Targeting Iran: Huge Deal Or Huge Hype? : The Two-Way Word from the antivirus experts at Kaspersky Lab that "we've found what might be the most sophisticated cyber weapon yet unleashed," and that this Flame spyware is targeting Iran and some places in the Middle East, is getting lots of attention. 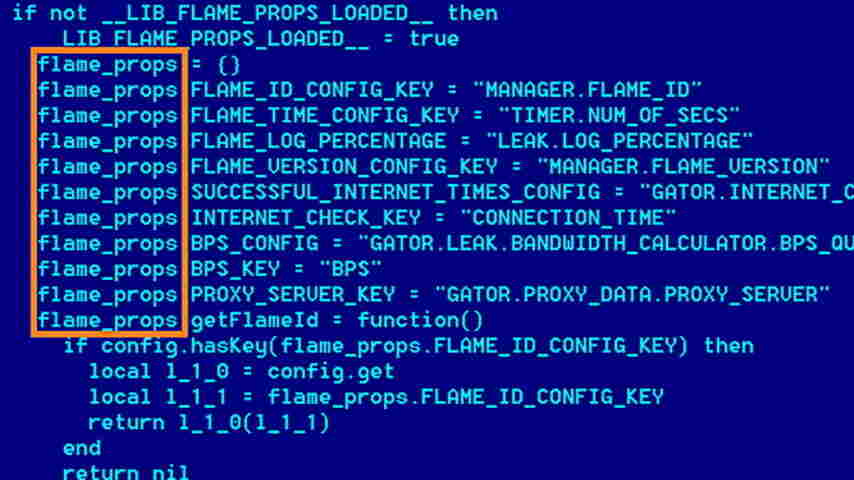 An undated screen grab, released by the Kaspersky Lab, showing some of the programming behind Flame. AFP/Getty Images hide caption 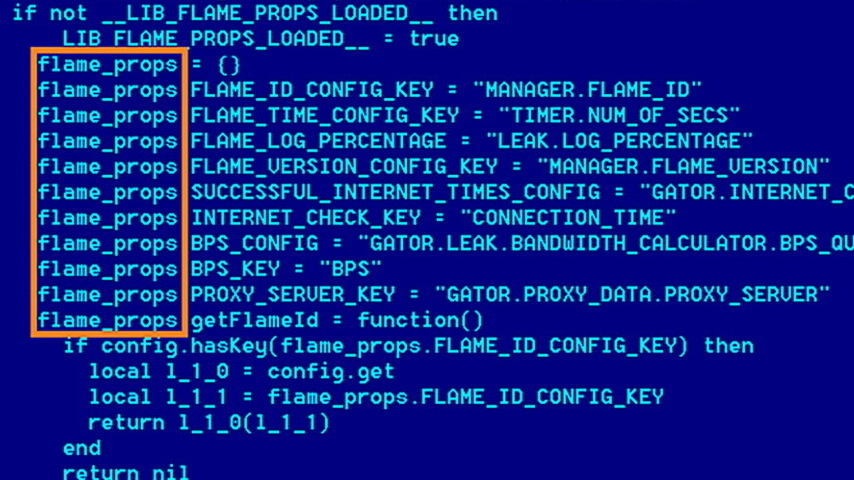 An undated screen grab, released by the Kaspersky Lab, showing some of the programming behind Flame.

Word from the antivirus experts at Kaspersky Lab that "we've found what might be the most sophisticated cyber weapon yet unleashed," and that this Flame spyware is targeting Iran and some places in the Middle East, is getting lots of attention this morning:

Before buying into the dramatic headlines, though, check these related stories:

-- Wired's Threat Level blog, points out that unlike Stuxnet (which did actual damage to Iran's nuclear program), Flame appears to be "an espionage toolkit that has been infecting targeted systems in Iran, Lebanon, Syria, Sudan, the Israeli Occupied Territories and other countries in the Middle East and North Africa for at least two years." In other words, it's more akin to a wiretap than a bug designed to do damage.

-- PCWorld runs through the reasons why the fuss over Flame may be more media hype than reality. And it writes that:

"A Webroot spokesperson says the security vendor takes issue with the hyperbolic claims about 'Flame', and claims the underlying threat has been known since 2007. 'In terms of sophistication we believe it is nowhere near Zeus, Spyeye or TDL4 for example. Essentially Flame at its heart is an over-engineered threat that doesn't have a lot of new elements to it--essentially a 2007 era technology.' "

PCWorld adds, though, that "there is one element of Flame that Webroot believes may be unique. ... Many antimalware tools use some form of reputation analysis to help determine if a given program is malware or not. Essentially, if the executable has been seen before, and hasn't done any previous harm it gets a bit of a 'free pass' — it has proven itself and earned some level of trust. Webroot feels that the amount of time that has passed between the initial development of the underlying Flame code and its active use as a tool for cyber espionage or cyber warfare may have been an intentional effort to game the reputation system and sneak in under the radar."

NPR's Tom Gjelten is working on the Flame news, and may have more to report later today on All Things Considered. We'll update as the story develops.

Update at 3:45 p.m. ET. In the report he's preparing for All Things Considered, Tom says that:

"The Kaspersky lab is comparing the Flame virus to Stuxnet, the computer worm used to physically disable centrifuges key to Iran's nuclear program. Stuxnet was clearly a weapon. But James Lewis at the Center for Strategic and International Studies says Flame should be put instead alongside the many other software programs designed by governments to help them steal commercial and security secrets from their adversaries."