Accessibility links
Banned In Idaho, 'Five Wives' Vodka Says It Meant No Offense : The Two-Way While the vodka is made and sold in Utah, officials in Idaho have decided its name and label might offend both Mormons and women. 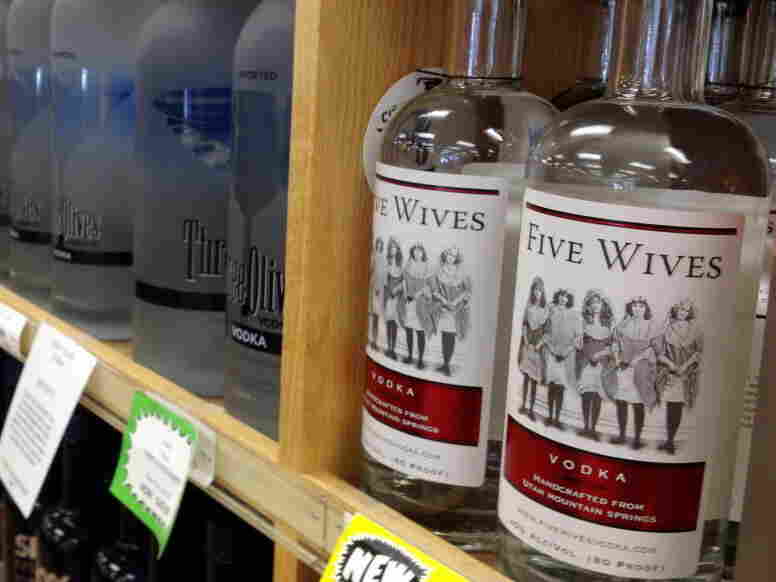 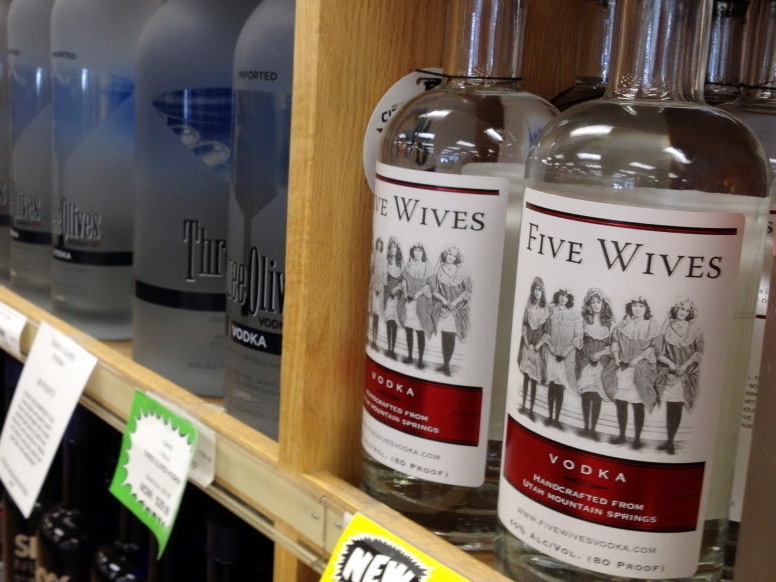 They're "five wives who just like to get together and have a cocktail."

They're not meant to be a direct reference to polygamy and those kittens they're holding in their laps are ... just part of a photograph that's reflective of the 1890s to early 1900s.

Those are some of the things that Five Wives Vodka director of marketing Steve Conlin had to say this afternoon to All Things Considered co-host Robert Siegel about the news that the company's product has been banned in Idaho because its label and its name might offend Mormons and women.

Ironically, Five Wives Vodka is made — and sold — in Utah, home to The Church of Jesus Christ of Latter-Day Saints.

As The Salt Lake Tribune reported this week, "Idaho regulators have decided not to carry an Ogden distillery's Five Wives Vodka because of its label, while Utah booze cops have deemed acceptable the bottle's depiction of 19th century women in petticoats holding kittens near their lady parts."

"Products that we feel are marketed toward children, or are in poor taste with respect to out citizens will not be authorized for distribution," Idaho State Liquor Division Deputy Director Howard Wasserstein wrote in a letter to the Ogden distillery.

As for how people or state officials interpret the name and label, Conlin said the company realizes that "people bring their own baggage to the label. We've never shied away from that." But polygamy wasn't the driving force behind the name or label, he said: "We were just searching for something to call our vodka ... with a nod to the historical West."

"We were quite stunned," by Idaho's ban,added Conlin. "We're not trying to make fun of anyone.

But while the distillery can't sell its product in Idaho, it is making some money there — on "Free the Five Wives" T-shirts that Conlin says are selling very well there.

More from Robert's conversation with Conlin is due on today's All Things Considered. Click here to find an NPR station that broadcasts or streams the show. Later, we'll add the as-broadcast version of the interview to the top of this post.