Accessibility links
Youngest Speller Is Out Of The Bee; Tripped Up By 'Ingluvies' : The Two-Way Six-year-old Lori Anne Madison was foiled by a word most of us had probably never heard before. But she had quite a day at the Bee. The competition resumes this morning, and concludes tonight.

Youngest Speller Is Out Of The Bee; Tripped Up By 'Ingluvies'

Youngest Speller Is Out Of The Bee; Tripped Up By 'Ingluvies' 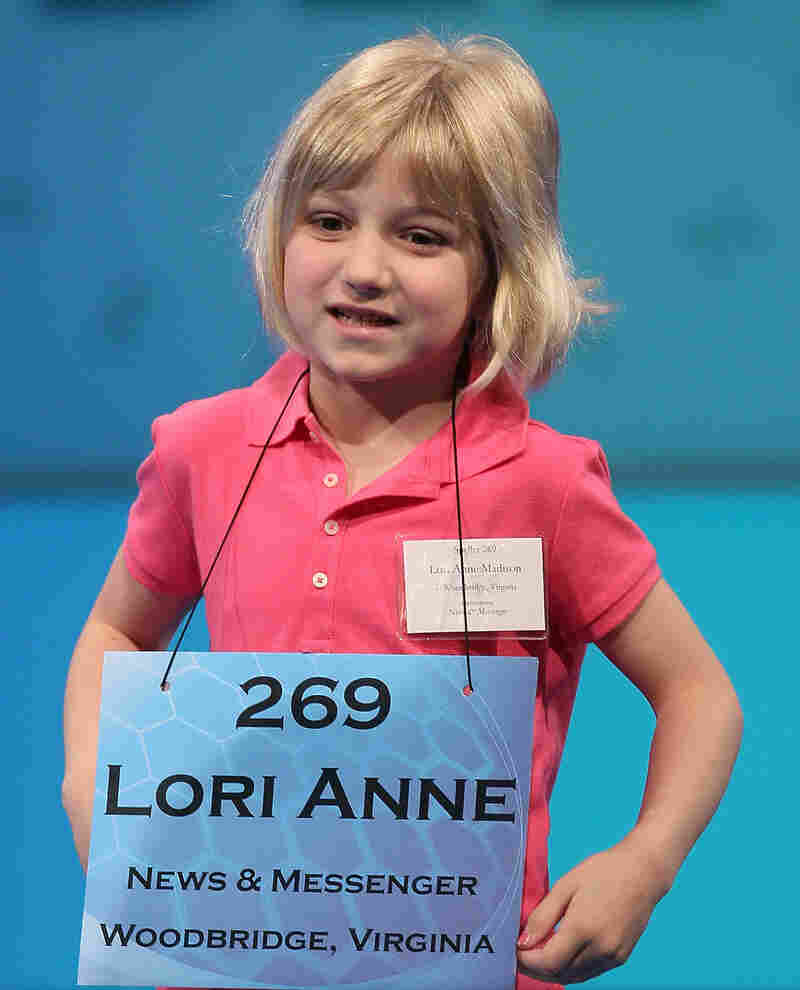 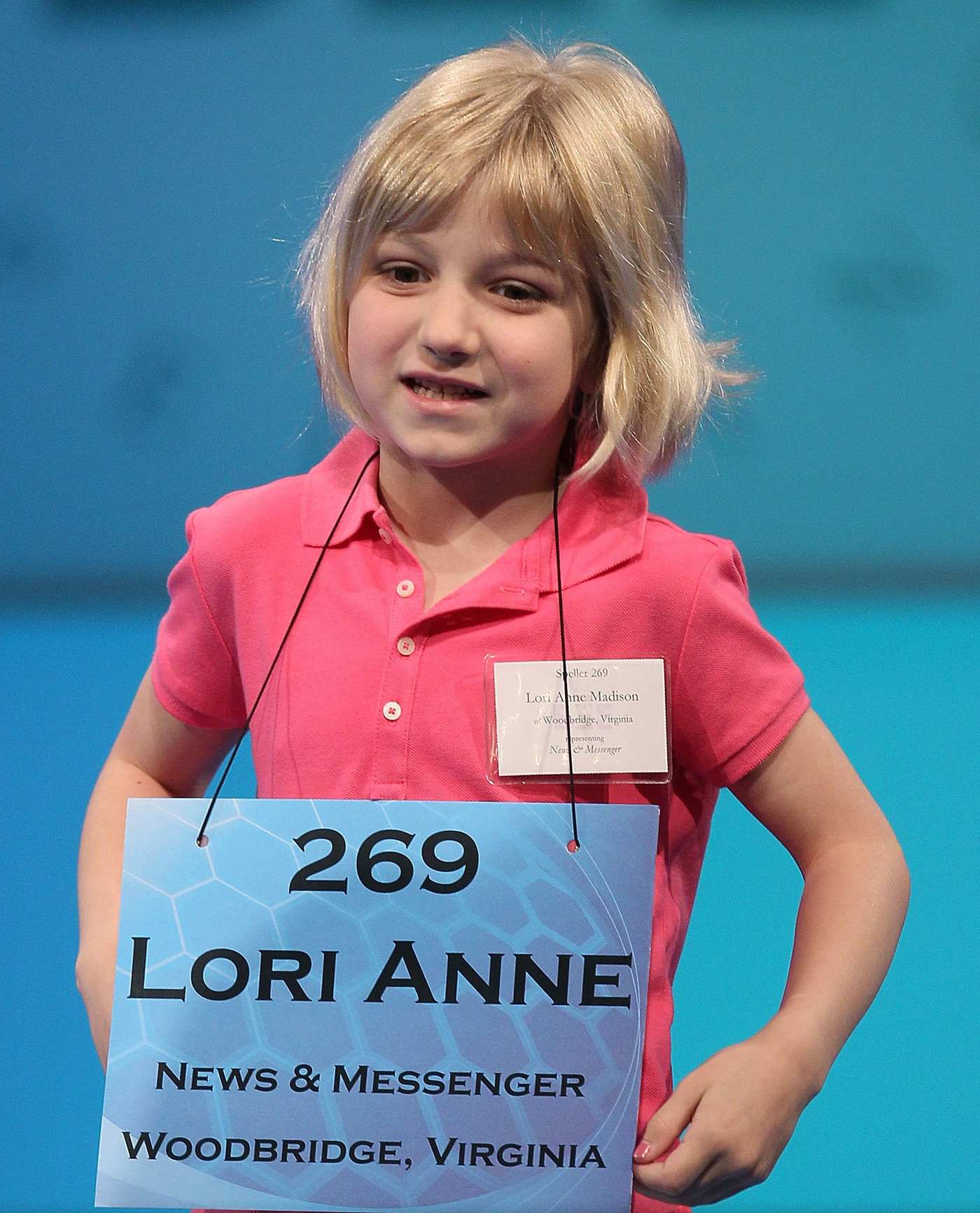 The youngest contestant ever in the National Spelling Bee, 6-year-old Lori Anne Madison of Woodbridge, Va., was foiled by a word most of us have probably never heard of before.

Definition: "The crop, or craw, of birds."

Lori Anne, as we reported earlier this week, is a precocious young girl who started reading at the age of 2 and was in her first spelling bee at the age of 3. Wednesday at the National Bee, she successfully spelled the first word she was given — dirigible. But in the next round, she began ingluvies with an "e" instead of an "i." That was enough to knock her out of the competition.

She had quite a day at the Bee, though. As InsideNova.com recounts:

"ESPN reporter Samantha Steele was offered a chance to spell a word once the second round closed. ...

[Pronouncer Jacques] Bailly, the 1980 Scripps champion himself, gave Steele a word she was convinced was a nonsense word [slobberhannes]. Taken aback, she decided to enlist her fellow blond contestant. 'Lori Anne, could you help me out?' Steele said with a laugh. 'I can get a shout out, right?' ...