Accessibility links
President Obama Hosts President Bush For Unveiling Of Official Portraits : The Two-Way It's a White House tradition that brings presidents and former presidents together in a rare non-partisan event.

In a rare moment of harmony in Washington, President Obama hosted former President George W. Bush and former first lady Laura Bush for the unveiling of the couple's official portraits.

It's a tradition that dates back to 1800, when the White House acquired its first work of art: a full-length portrait of George Washington by Gilbert Stuart. 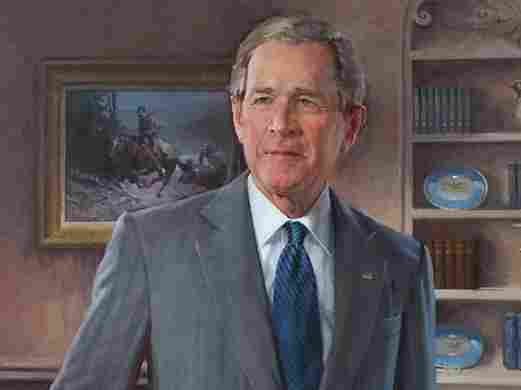 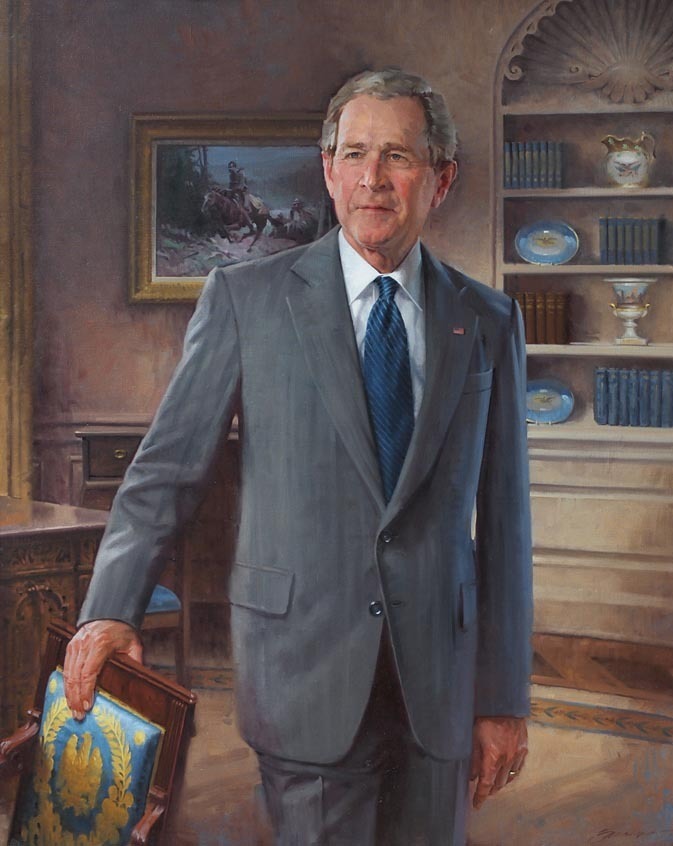 During a ceremony in East Room of the White House, President Obama noted that fact saying that while Washington is constantly engulfed in partisan bickering, the "Presidency transcends those differences."

He reminded a big, rowdy audience that "we all love this country" and are all trying to follow in the foot steps of the man whose portrait hangs first in the White House — the country's first president George Washington. 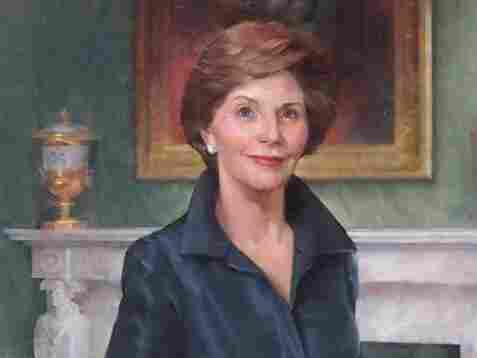 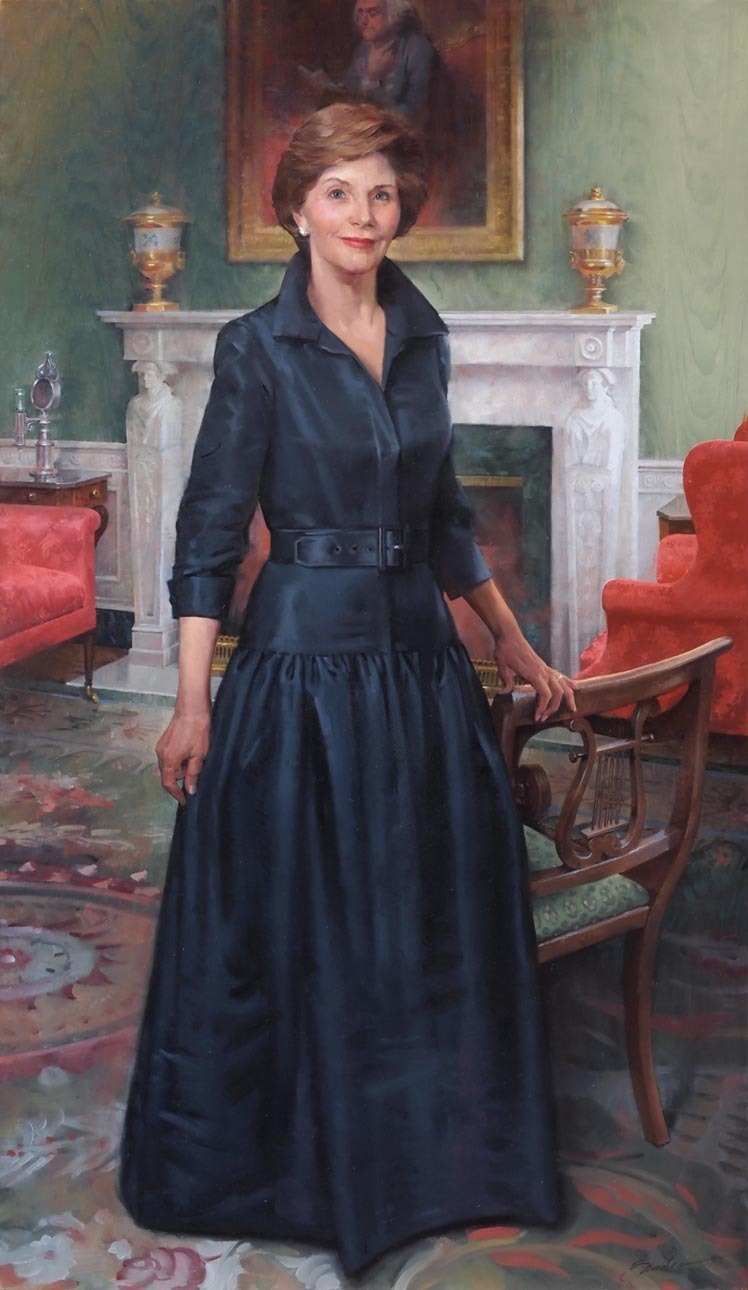 Obama praised Bush's "strength and resolve" as he stood in the rubble of New York City after the attacks of Sept. 11. And in a bit of comedy, also thanked him for leaving behind a "really good TV sports package."

President Bush was effusive in his thanks to the current president.

"We are overwhelmed," he said. And he teared up as he thanked his father, whose portrait already hangs in the White House.

He said his portrait brings a sense of symmetry. Now, the hall where it will be hung, will start with George W. and end with a George W.

He reminded the audience that when the White House was attacked by the British, Dolley Madison saved George Washington's portrait. He looked at the current first lady and said pointing at his portrait, "Michelle, if there's a fire, there's your man."

The first lady obliged. "I promise you," Michelle Obama said, "I'm going straight for it."

During the ceremony, President Bush thanked painted John Howard Sanden saying he had done a "fine job with a challenging subject."

Artnet Magazine spoke to Sanden after he landed the commission. Here's what he said about painting his first president:

"As for Sanden, his as-yet-unveiled portrait of the former president depicts him standing in a room in the White House, 'almost smiling — it's more like a reassuring look,' the artist said. Sanden noted that painting President Bush's mouth was a little tricky, saying 'the smirk shows up when he doesn't want it, and he tends to mug for the camera, as though he can't help it.'

"Rendering the setting also presented difficulties. For reasons that Sanden doesn't understand, he wasn't permitted into the White House to take photographs or make sketches; instead he was sent to look at photographs of the room in the National Archives in Washington, D.C. In any case, photographs of the finished painting have been sent to President Bush for his approval, and to the director of the White House Historical Association, 'who didn't exactly approve it, but he didn't point out any errors, which is I guess the same thing.'"

If you're interested in flipping through the rest of the portraits, the White House has a nice photo gallery.

Correction at 3:22 p.m. ET. In earlier version of this post we misidentified Laura Bush as Barbara Bush.