Accessibility links
Hairy, Scary, Biting Spiders - And They Travel In Packs : The Two-Way Scientists in India are studying spiders collected from a remote state that apparently swarmed and bit villagers, possibly leading to two deaths. The cause of the deaths isn't clear, but scientists are checking to see whether the spider is a new species.

Hairy, Scary, Biting Spiders - And They Travel In Packs

Hairy, Scary, Biting Spiders - And They Travel In Packs 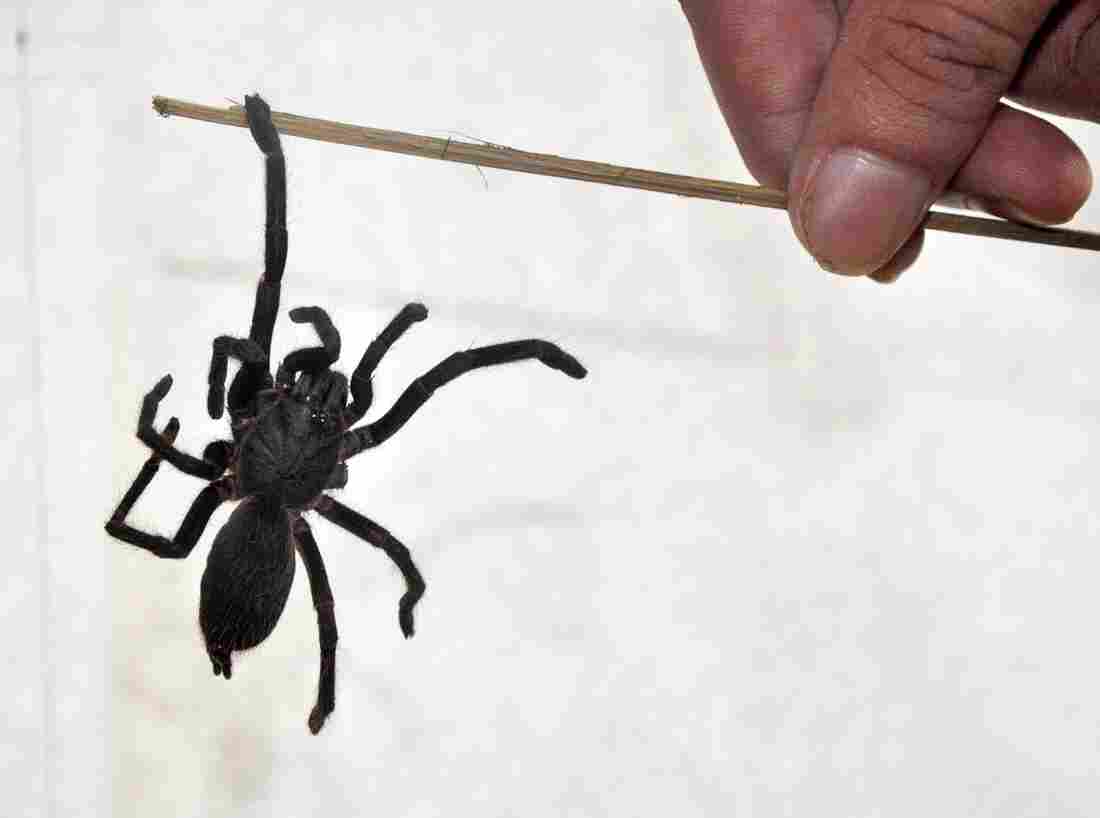 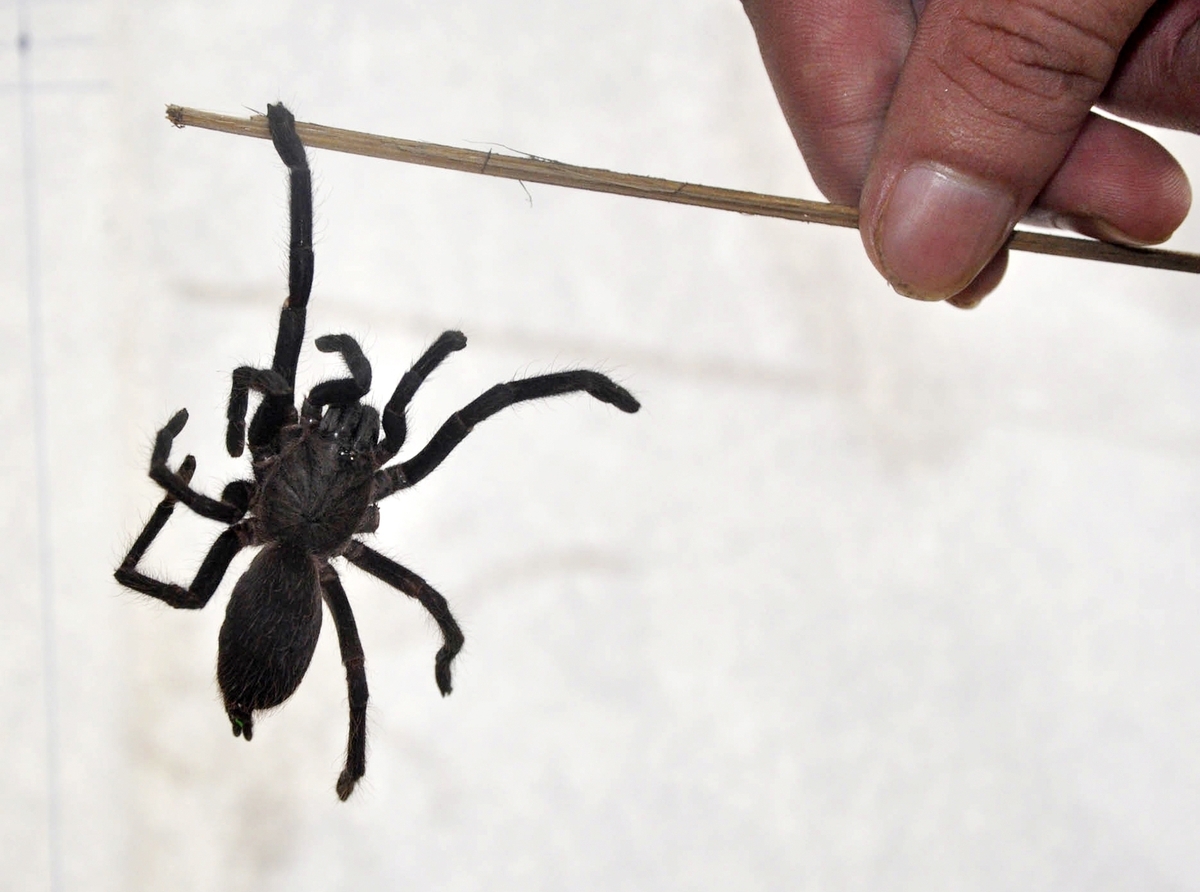 Here's a nightmare come true: a group of Indian villagers were gathered for a festival last month when they were attacked by a swarm of large, biting spiders. They're hairy, have fangs, and apparently latch on when they sink their teeth into their prey.

The spider attacks occurred about a month ago in the remote village of Sadiya in Assam state, close to the borders of China and Myanmar and far from arachnid specialists. That could have contributed to the deaths of two people, who the Times of India claims were apparently bitten by spiders and later died. It's unclear if venom killed the victims or if treatment from local lay healers did: the swelling bites had been cut open and drained.

The actual cause of the deaths has been questioned by Dr. L. R. Saikia of Dibrugarh University. He told CNN one victim could have died from a snake bite while the second, a boy, may not have been bitten by a spider after all.

But the Sadiya villagers were scared, and for good reason: Assram state doesn't have any poisonous spiders.

Dr. Saikia spent several days with a team in the village and brought back spiders to study. They still don't know what it is. Although it's similar to the tarantula, it could be a new species. He warned the Times, "it is a highly aggressive spider. It leaps at anything that comes close. Some of the victims claimed the spider latched onto them after biting."

The scientists are still testing the spider venom's toxicity to learn whether to administer antivenin.