Accessibility links
Was Miss USA Pageant Rigged? Trump Says No, Plans To Sue : The Two-Way Miss USA beauty pageant contestant, Sheena Monnin of Pennsylvania, says the contest was rigged and that she has left the organization because of its immoral behavior. The Miss USA pageant says Monnin has changed her story, and that she first quit because she opposed transgender contestants. 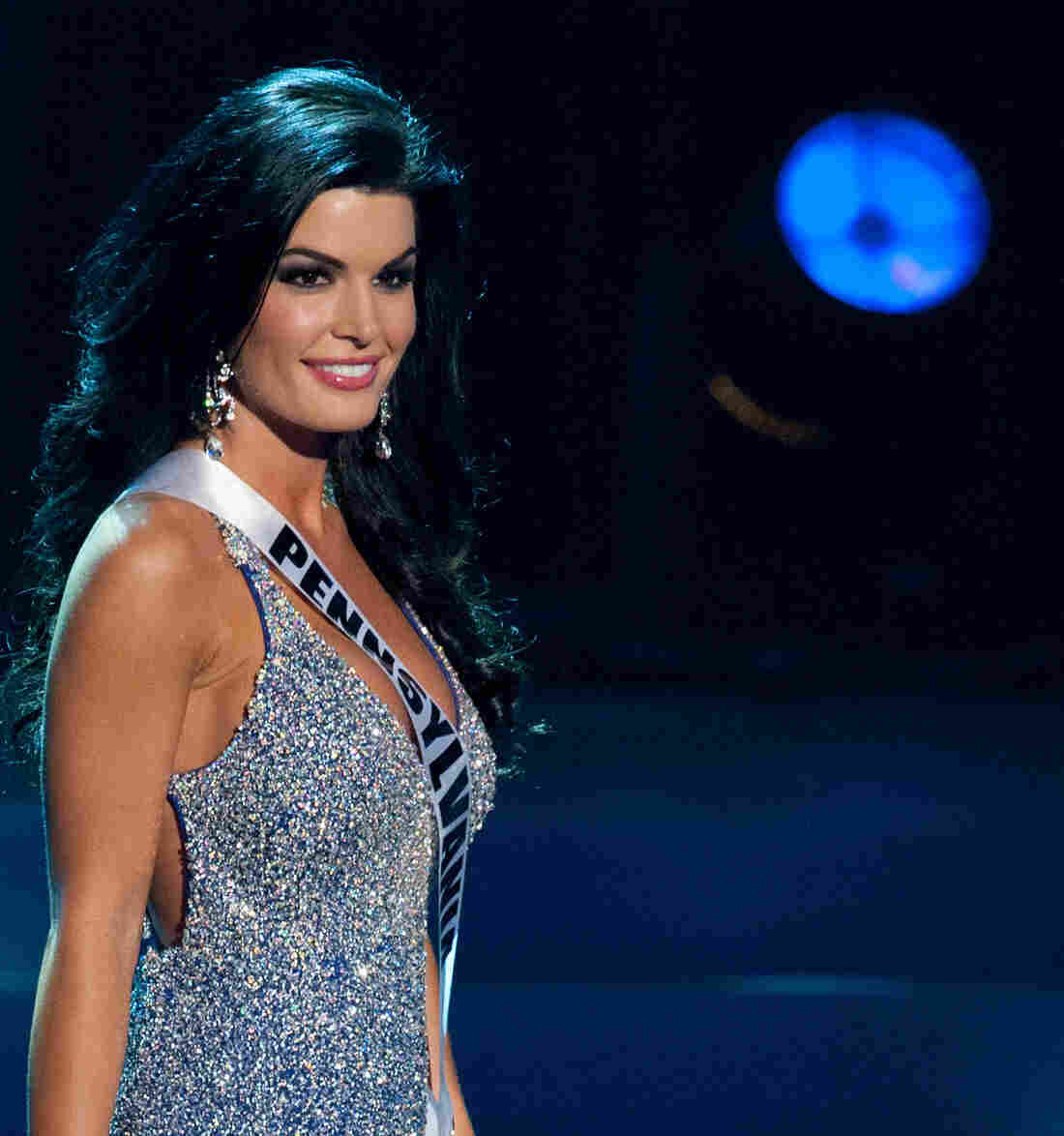 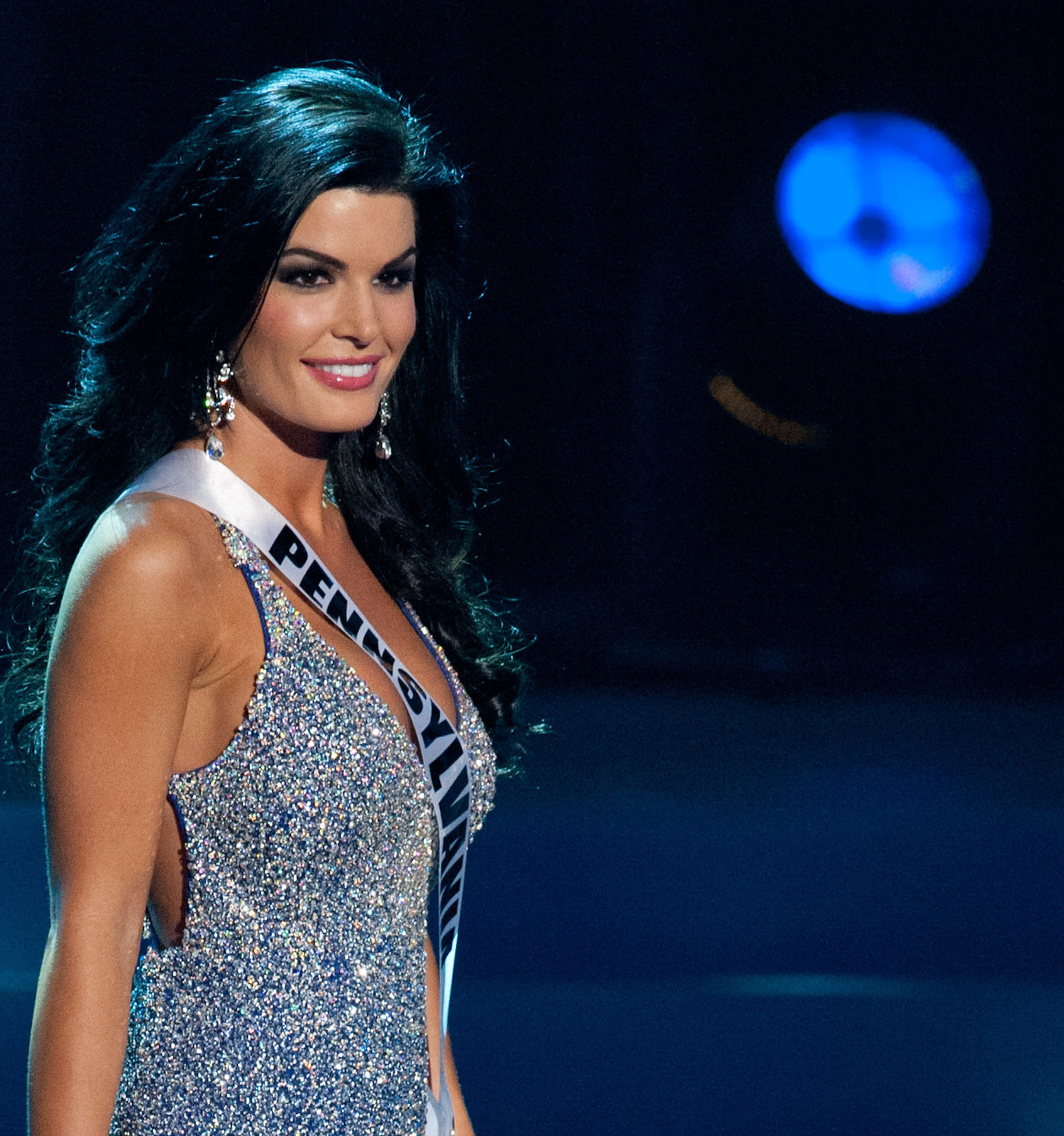 Barely a day after she competed in the Miss USA beauty contest, Miss Pennsylvania Sheena Monnin tore off her sash and fired a scorching resignation:

"In good conscience I can no longer be affiliated in any way with an organization I consider to be fraudulent, lacking in morals, inconsistent, and in many ways trashy."

Trashy? There's a surprising perjorative from a woman who says on Facebook she's spent a decade associated with the pageant.

Perhaps she was angry - Monnin didn't finish in the top 15 contestants in Sunday night's competition, and clearly didn't take the prize for Miss Congeniality (that was Miss Iowa). She explained more in a second FB posting on Tuesday:

"I witnessed another contestant who said she saw the list of the Top 5 (contestants) BEFORE THE SHOW EVER STARTED proceed to call out in order who the Top 5 were before they were announced on stage...After it was indeed the Top 5 I knew the show must be rigged; I decided at that moment to distance myself from an organization who did not allow fair play and whose morals did not match my own. That is all I know about this."

Not so fast, says the Miss USA pageant. In a statement, the organization claims Monnin really resigned this week because she opposed the affiliated Miss Universe organization's decision to allow a transgendered woman to compete. Jenna Talackova, who underwent a sex change operation four years ago, was part of the Miss Canada pageant in May.

Now the Miss USA organization alleges that Monnin "has changed her story by publicly making false accusations claiming that the pageant was fixed, however the contestant she privately sourced as her reference has vehemently refuted her most recent claim."

The organization has issued the text of an email it says Monnin wrote:

"I am officially and irrevocably resigning the title of Miss Pennsylvania USA 2012. I refuse to be part of a pageant system that has so far and so completely removed itself from its foundational principles as to allow and support natural born males to compete in it. This goes against ever(sic) moral fiber of my being. I believe in integrity, high moral character, and fair play, none of which are part of this system any longer.

I hereby return the title of Miss Pennsylvania USA 2012."

Now Monnin faces the threat of a lawsuit from pageant co-owner Donald Trump. He got catty on ABC today, saying: "I think her primary issue was that she lost and she's angry about losing and, frankly, in my opinion, I saw her for barely a second, she didn't deserve to be in the top 15 (contestants)."

Incidentally, during the competition's question and answer time, Olivia Culpo got a question about whether transgendered people could compete in beauty pageant competitors, as ABC notes. Culpo responded:

"I do think that that would be fair, but I can understand that people would be a little apprehensive to take that road because there is a tradition of natural-born women, but today where there are so many surgeries and so many people out there who have a need to change for a happier life, I do accept that because I believe it's a free country."