Accessibility links
Economy Is Poised For More Growth, But 'Fiscal Cliff' Looms, Bernanke Says : The Two-Way The Federal Reserve chairman sees reasons for growth to continue. But he warns that automatic spending cuts and the expiration of the so-called Bush tax cuts threaten to derail the recovery.

"Economic growth appears poised to continue at a moderate pace over coming quarters," Federal Reserve Chairman Ben Bernanke is telling Congress this hour, and will be supported in part by additional "accommodative monetary policy" from the central bank.

While there's been a slowing in job growth, Bernanke says that Fed policymakers believe household spending has been "relatively well sustained" and are encouraged by "consumer spentiment [that is] ... up noticeably from its levels late last year."

He also says the soft job growth may in part be due to unusual gains over the winter when weather was warmer than normal.

But Bernanke, in testimony prepared for the Joint Economic Committee, also warns that "a severe tightening of fiscal policy at the beginning of next year that is built into current law — the so-called fiscal cliff — would, if allowed to occur, pose a significant threat to the recovery."

That's his way of saying that the deal struck by lawmakers to let the so-called Bush tax cuts expire and to have more than $100 billion in automatic spending cuts go into effect could send the economy back into recession.

"Fortunately," Bernanke says in his prepared remarks, "avoiding the fiscal cliff and achieving long-term fiscal sustainability are fully compatible and mutually reinforcing objectives. Preventing a sudden and severe contraction in fiscal policy will support the transition back to full employment, which should aid long-term fiscal sustainability. At the same time, a credible fiscal plan to put the federal budget on a longer-run sustainable path could help keep longer-term interest rates low and improve household and business confidence, thereby supporting improved economic performance today."

The chairman also promises that the Fed, as always, is "prepared to take action" if necessary to keep the economy moving.

The hearing is being webcast here.

At this hour, stock indexes are rising on Wall Street. Bernanke's testimony has been widely anticipated by investors.

Update at 11:55 a.m. ET. For those who want to follow a live-blog of the chairman's appearance, The Wall Street Journal's is here.

Update at 10:30 a.m. ET. For those who like word clouds, here's what the chairman's prepared testimony looks like: 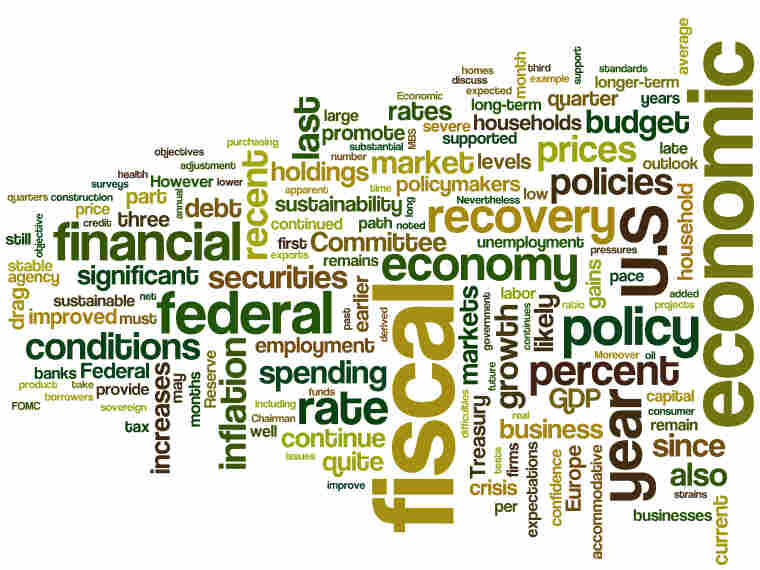 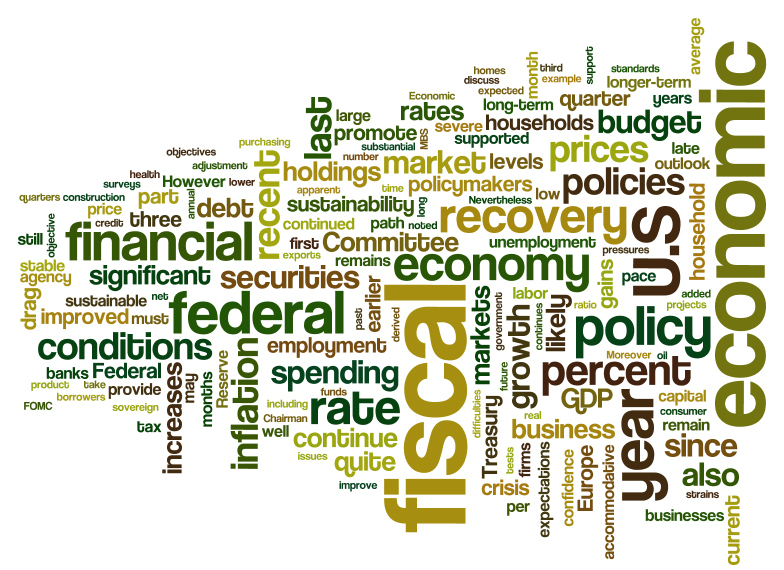