Accessibility links
Obama: Congress Needs To Do More Than Talk About Jobs : The Two-Way The president is pushing Congress to enact what the White House says are "bipartisan, paid-for ideas" that will boost job growth. He also said it's "offensive" to suggest "my White House" may have leaked some secrets to gain political advantage.

Obama: Congress Needs To Do More Than Talk About Jobs

Obama: Congress Needs To Do More Than Talk About Jobs 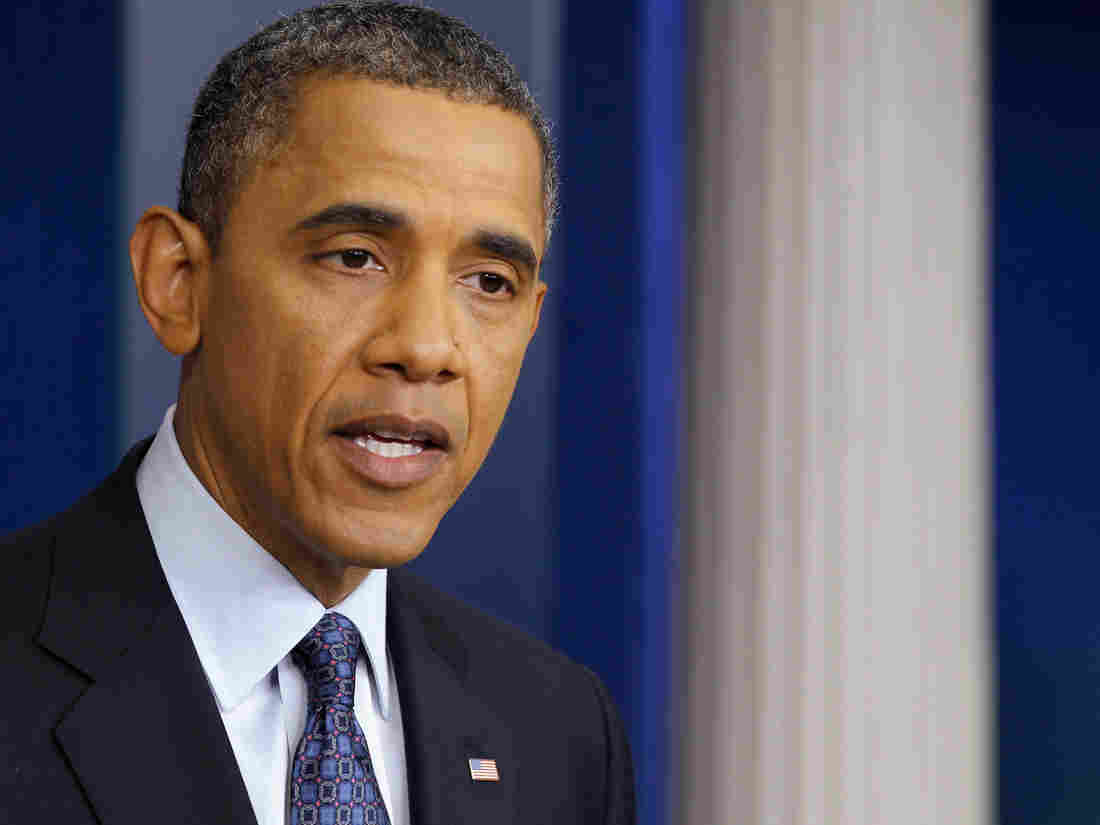 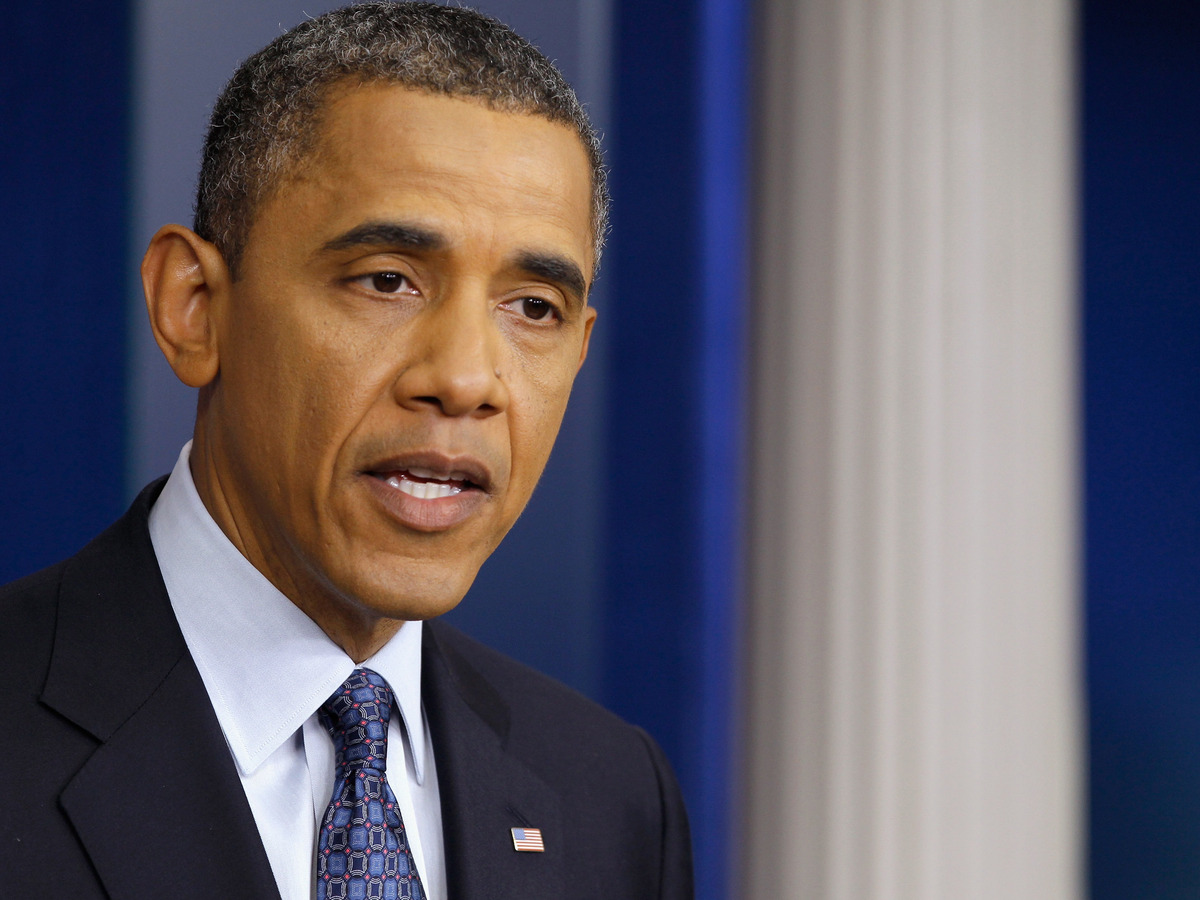 President Obama during this morning's news conference at the White House.

President Obama used the White House press briefing room this morning to again make the case that Congress — and in particular the Republican-controlled House — needs to take up more of his ideas about how to boost job growth.

He also said it's "offensive" to suggest "my White House" may have leaked some secrets to gain political advantage.

We updated with highlights, so hit your "refresh" button to be sure you're seeing our latest.

In Council Bluffs, Iowa, moments ago, Republican presidential candidate Mitt Romney said the president is "out of touch" and that Obama's only prescription for the economy's ills is "to add more to government."

"He wants to hire more government workers," Romney said. "Did he not get the message of Wisconsin? The American people did."

Update at 11:10 a.m. ET. It's 'Offensive' To Suggest His White House Has Been Leaking Secrets For Political Purposes:

Asked by USA Today's David Jackson about critics who say the White House may be deliberately leaking news about drone attacks in Pakistan and "secret kill" lists of terrorists, Obama says that to suggest such a thing about "my White House ... is offensive."

"It's wrong and people need to have a beter sense of how I approach this office," he adds, in the most animated words of the briefing.

The president says that if European leaders focus only on "a strategy of 'let's cut more' " in terms of government spending, "at the same time as consumers are pulling back ... then you can get on a downward spiral."

Update at 10:56 a.m. ET. The Latest Alert From The Associated Press:

The president says the U.S. needs to do whatever it can to support European leaders' efforts to shore up their financial institutions and economies, because the ripple effects of a downturn in Europe would be serious for the U.S. economy.

In talking about Europe's crisis, Obama says Greece should stay in the eurozone. He acknowledges Greeks have made painful sacrifices, but makes the case that keeping the bloc together will be better for Europe and the global economy.

Instead of "talking a good game about job creators," Obama says, Congress (and by that he means House Republicans) should do such things as "give small businesses a tax break for hiring."

The president makes the case that if Congress had passed his entire jobs package last year, 1 million more people would be working now. "I urge them to reconsider," he says.

At the top of his remarks, Obama says that while the economy has produced new jobs for 27 months in a row, there's still a large "hole" left to be filled. That's why, he says, we need to "keep on pressing."

He's also using his opening comments to warn about the dangers to the U.S. and global economy from the financial crisis in Europe.

CNN says reporters have been given a heads-up that Obama will be there in about two minutes.

The president was scheduled to appear in the White House press briefing room at 10:15 a.m. ET. Obviously, he's late.

President Obama is going to make a statement at 10:15 a.m. ET about the economy and will again press Congress to enact some of the "bipartisan, paid-for" measures he thinks will boost job growth, the White House says.

And since the president will be appearing in the White House press briefing room, it's likely he'll be taking some questions. So we'll monitor and update this post as warranted.