Accessibility links
NPR Car Talk : The Two-Way Click and Clack — Tom and Ray Magliozzi — are stepping aside after 35 years. But their best stuff will still be on the air. NPR is keeping the show going. And the brothers will make occasional appearances on the air.

'Car Talk' Guys Are Retiring, But Their Best Stuff Will Be Rebroadcast

'Car Talk' Guys Are Retiring, But Their Best Stuff Will Be Rebroadcast 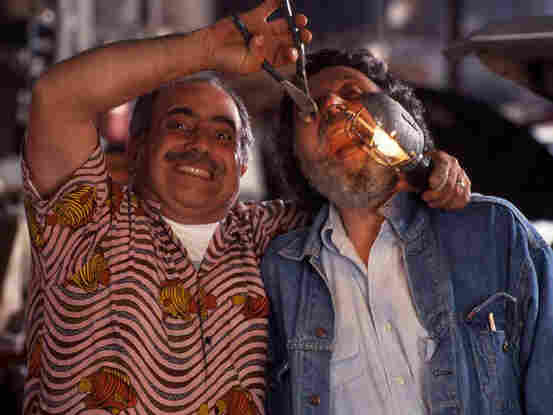 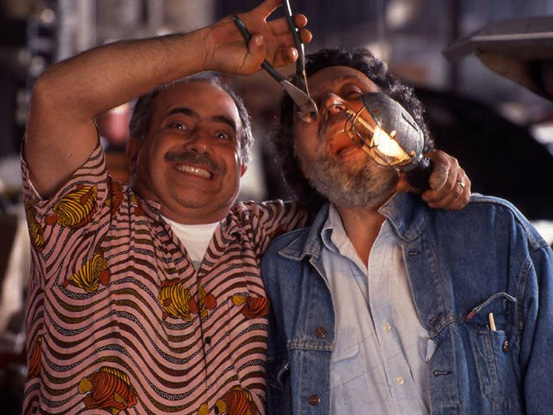 This just in from NPR's communications department:

June 8, 2012; Our Fair City – Tom and Ray Magliozzi, aka Click and Clack the Tappet Brothers, the comedian mechanics who host NPR's Car Talk, will tell their listeners this afternoon that as of this fall, they'll no longer record new programs. But their weekly call-in series will continue to be distributed by NPR drawing on material from their 25 years of show archives.

"My brother has always been 'work-averse,' " says Ray, 63. "Now, apparently, even the one hour a week is killing him!"

The brothers have been taping Car Talk at WBUR in Boston for 35 years, and the show has been a staple on NPR Member stations for the last 25 years. With older brother Tom turning 75 this year, the guys decided it was time to "stop and smell the cappuccino."

NPR will continue to distribute the weekly show ... to stations across the country. Beginning in October, the Car Talk production team will actively produce new shows built from the best of its 25 years of material – more than 1,200 shows – with some updates from the brothers. The guys will also still write their twice weekly Dear Tom and Ray column, and put their feet in their mouths in surprising new ways on the web and Facebook. ...

The brothers will mark their 25th anniversary on NPR this fall, and then put the series in the hands of their producers, who will continue to produce the show.

NPR Social Media Desk intern Marissa Alioto, who pulls together the "From Our Readers" posts, sends along this:

Looking back on decades tuned into Click and Clack, many readers aren't quite ready for their favorite road show to become an antique.

"It's like my best friend just told me they are moving away," wrote "Rick Koller."

Car Talk reached listeners far and wide, but these same listeners also found ways to keep themselves within signal: "I'll never forget stopping on the road because I was getting out of range of an NPR station and laughing to the very end of a Click and Clack show," says "Bill Rost."

"Bear Betz" somehow managed to tune in "while hiding from oppressive heat in the West African summer."

Even as commenters reflected on their own age, they just couldn't picture Tom and Ray going away any time soon.

"I just retired myself, so I understand," "Thomas Hilton" empathized — but added, "treat us to a special now and then ..."

"For NPR to state, they will re-broadcast only the 'best' shows means NPR will broadcast all the shows," responded "Ray DiCasparro," and "tua07485 d" also sees a future with Click and Clack: "Thank God they gave us enough material to listen to and enjoy for the rest of our lives."

The guys are now "trending" on Twitter. Our friends at KQED are storyfying some of the best.

We're also seeing some good lines in this post's comments thread. Such as this from "DannyKing":

"Sad to hear they are ending the show. These guys are classics. 'And by classics I mean old.' "

As they say, it's "time to get even lazier."