Accessibility links
NATO Adds Limits To Airstrikes On Afghan Homes : The Two-Way Under the new rules, airstrikes will only be used a last resort to rescue soldiers. 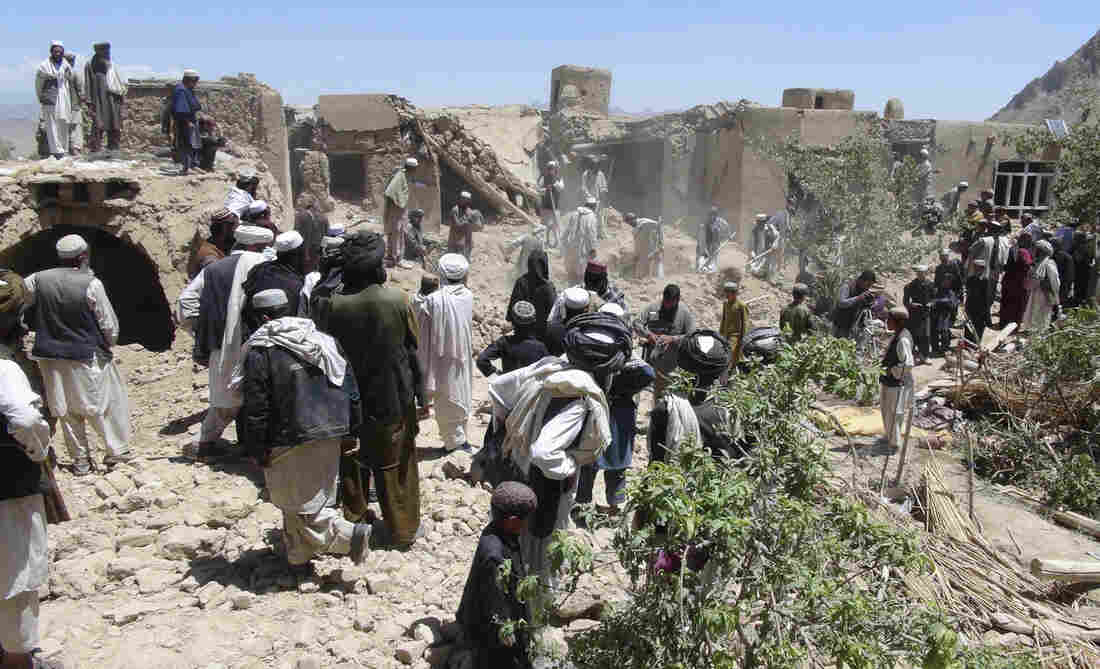 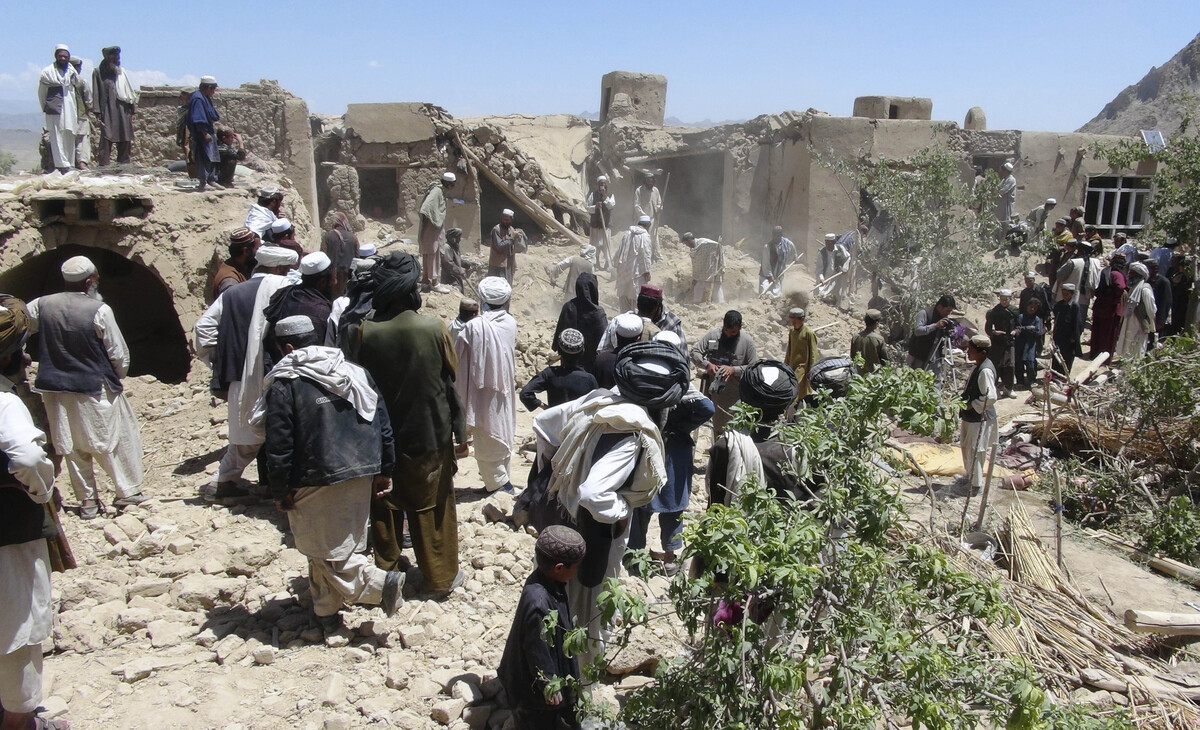 In this Wednesday, June 6, 2012 file photo, Afghan villagers gather near a house destroyed in an apparent NATO raid in Logar province, south of Kabul, Afghanistan.

The senior allied commander in Afghanistan says airstrikes to residential homes in Afghanistan will be used only in cases of "last resort to rescue soldiers," the AP reports.

"A pact signed by the Afghan government and the U.S. military in April putting Afghans in charge of joint raids in villages was supposed to ease these tensions, but the aftermath of Wednesday's airstrike against a home in eastern Afghanistan has shown that the Americans are still making the decisions on the ground.

"Afghan officials have said that 18 civilians were killed in the strike. President Hamid Karzai rebuked U.S. forces for failing to consult their Afghan counterparts before calling for an airstrike in the house where insurgents had taken cover. NATO discovered that civilians had died the next morning when villagers piled the bodies into vans to display to Afghan officials."

"On Sunday, however, American officials said General Allen's order did not necessarily go that far and sought to describe it in more nuanced terms, saying that NATO would continue to conduct operations against insurgents who use civilian dwellings for shelter.

"'When there is concern over the presence of civilians, air-delivered munitions will not be employed while other means are available,' said a senior United States defense official who was not authorized to speak publicly on the policy deliberations."

The wire service explains that previously commanders could order an air strike in a residential home as long as they were confident there were no civilians there.

"Cummings says that the new restrictions mean commanders will not be able to call in a strike unless it is necessary to save the lives of their troops. This applies even if it is clear there are no civilians in the house," the AP reports.