Accessibility links
Stepping Back From Assad Profile, Anna Wintour Decries Syrian 'Atrocities' : The Two-Way Vogue, the magazine she edits, printed a glowing profile of the Syrian first lady as the uprising began. 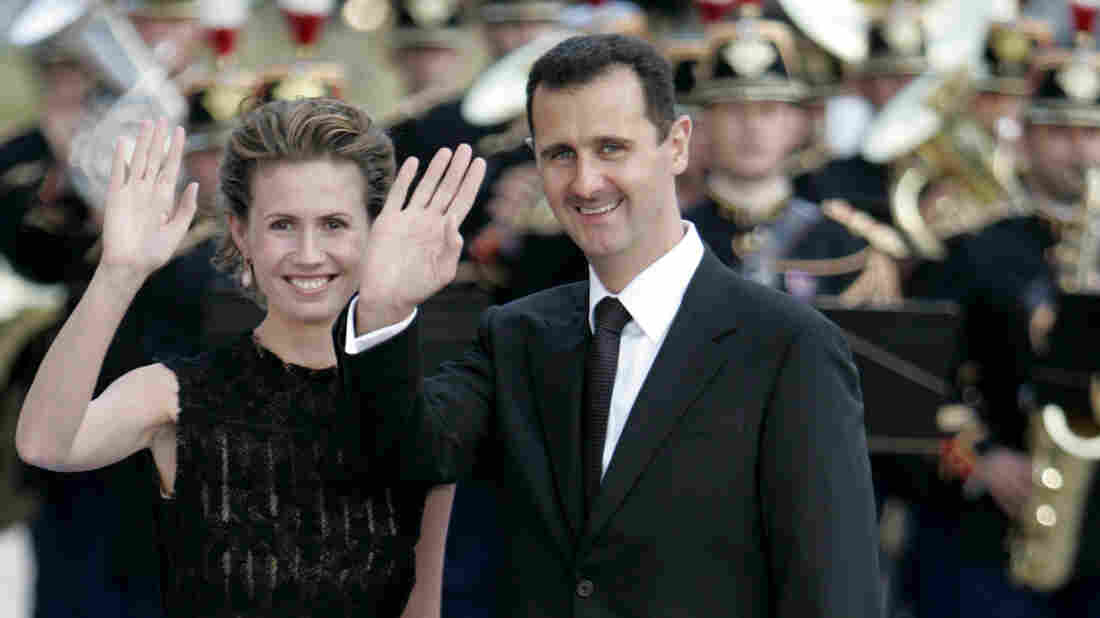 Syrian President Bashar Assad and his wife Asma arrive for a formal dinner after a Mediterranean Summit meeting at the Petit Palais in Paris in 2008. Thibault Camus /AP hide caption 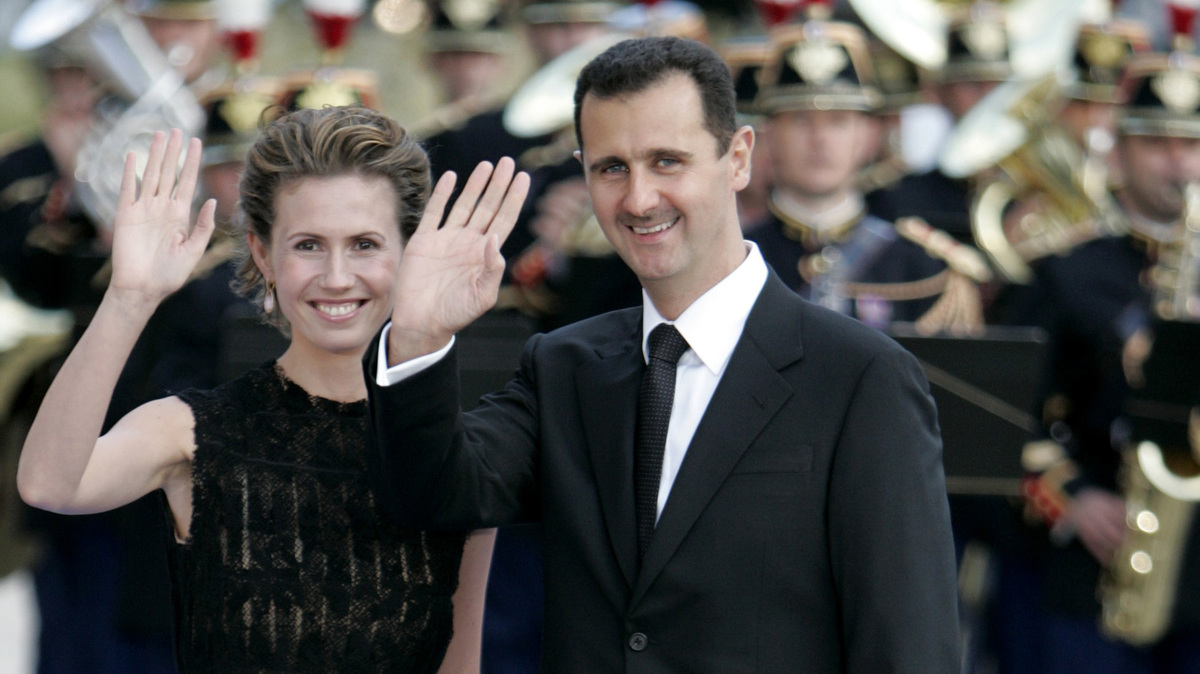 Syrian President Bashar Assad and his wife Asma arrive for a formal dinner after a Mediterranean Summit meeting at the Petit Palais in Paris in 2008.

The New York Times has a piece today about how Syrian President Bashar Assad and his wife Asma purposefully and with the expensive help of American public relations firms cultivated an image of glamor in the Western world.

It's worth a read, but deep into the piece comes a statement from Anna Wintour, the editor of Vogue.

Back in March 2011, the magazine ran a glowing profile of Asma Assad just as the uprising began. In the lede, the Assad is called "the freshest and most magnetic of first ladies..."

The magazine at first defended the feature, but eventually took the profile off its website. But in the Times piece today, Wintour issued her strongest condemnation, yet. She said:

"Like many at that time, we were hopeful that the Assad regime would be open to a more progressive society. Subsequent to our interview, as the terrible events of the past year and a half unfolded in Syria, it became clear that its priorities and values were completely at odds with those of Vogue. The escalating atrocities in Syria are unconscionable and we deplore the actions of the Assad regime in the strongest possible terms."

Back in April, Joan Juliet Buck, who wrote the piece, spoke to NPR's Melissa Block. She expressed discomfort with the piece.

"I don't think I should have gone near the Assads," she said.

But, during that interview, she also expressed what might have led Vogue to put her in the magazine to begin with.

"I think that Vogue is always on the lookout for good-looking first ladies because they're a combination of power and beauty and elegance," Buck said. "That's what Vogue is about. And here was this woman who had never given an interview, who was extremely thin and very well-dressed and therefore, qualified to be in Vogue. And they had - Vogue had been trying to get her for quite a long time."

We'll note one other odd thing about this Vogue piece. The magazine ran one picture of the Assads playing with their children.

Except that Buck told Melissa that the children she saw during her reporting were not those in the picture. It brings up a lot of questions, the biggest is whether the magazine knew of the switch and the ran the photographs regardless.