Accessibility links
'That's A Clown Question, Bro' Or The Rhetorical Comeback Rounding Twitter : The Two-Way The phrase was coined by baseball phenom Bryce Harper during an interview with a Canadian journalist. 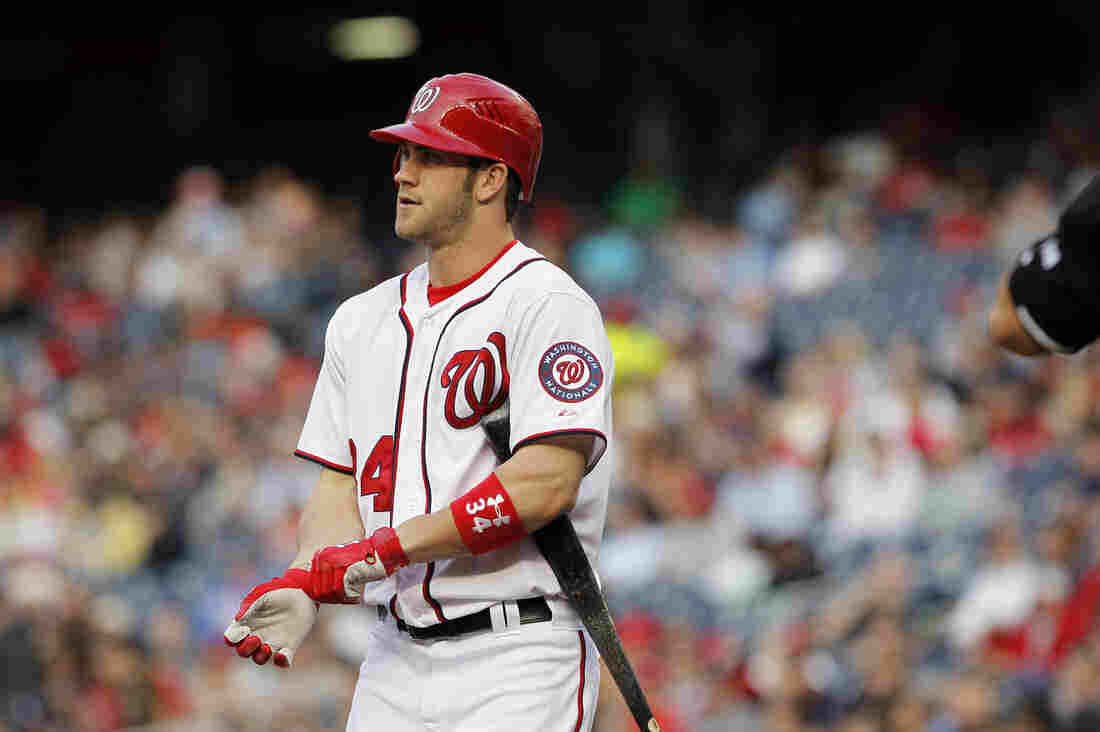 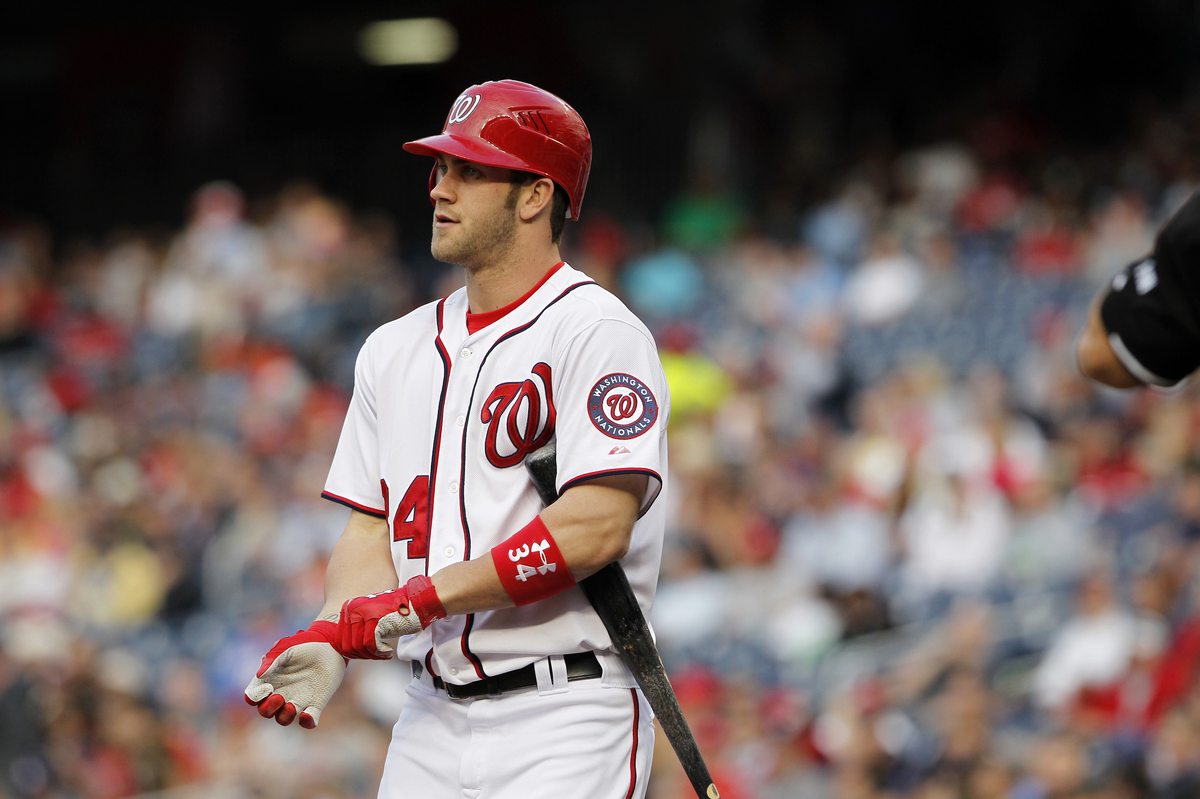 Washington Nationals' Bryce Harper prepares to bat during a baseball game with the New York Mets on June 5 in Washington.

If Twitter has its way, "That's a clown question, bro" will join "Don't tase me, bro" in the annals of popular rhetorical comebacks.

The journalist asked the Nationals' Harper if he was going to celebrate by drinking a beer, being that the legal drinking age in Canada is 19.

Harper, who is Mormon, rolled his eyes and said, "I'm not going to answer that. That's a clown question, bro."

In truth, the phrase is much funnier in print and removed from the context, as you'll see in this video:

But that hasn't stopped Twitter. The phrase has ignited debate. There is a T-shirt now. And many have noted that in a confrontational interview today, NBA Commissioner David Stern should have resorted to the Harperism.

Instead, when Jim Rome asked Stern, "Was the fix in for the [NBA] lottery?" He replied, "Have you stopped beating your wife yet?" an answer that called into question the trickery of the phrasing.

"Jay Carney didn't say "that's a clown question, bro" during today's WH presser. This is how I feel about that: http://bit.ly/NfSdKU"

We'll note that unlike "Don't tase me, bro." the Harperism has not gotten an entry on Urbandictionary.com.