Accessibility links
Can You ID Germany's 'Forest Boy'? : The Two-Way He walked into a German police department last year, saying he'd been living in the woods with his father for five years and that his dad had just died. Now authorities have released his photo. 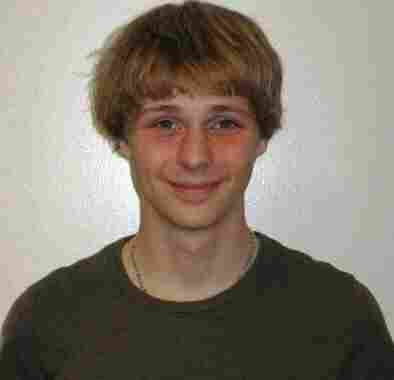 Take a look at the face.

If you've got any clue as to who this young man is, police in Berlin want to know.

All Things Considered today catches up on the story of Germany's "forest boy," the young man of about 17 who showed up in Berlin last September saying that his name was "Ray" and that he had been living in the wild with his father for the previous five years.

According to Ray, who says he doesn't know his family name or where he's from, his father died last August and his mother was killed in a car accident about five years earlier.

"Investigators told NBC News that it's most likely that Ray is from a neighboring country, rather than the US, at least according to DNA evidence. The authorities also believe English may not be his native tongue."

Hannah Cleaver is editor of the English-language German news site The Local, which has been following Ray's story since last year. She tells NPR's Audie Cornish that Germans have been captivated by the story of "the boy who walked out of the forest," even though investigators can't figure out whether his story is true or not.

This week, authorities released his picture in the hope it will help them solve the mystery. The Berlin police department's website, with more about Ray's story, is here (scroll down on the page for English).

Someone must know who he is.