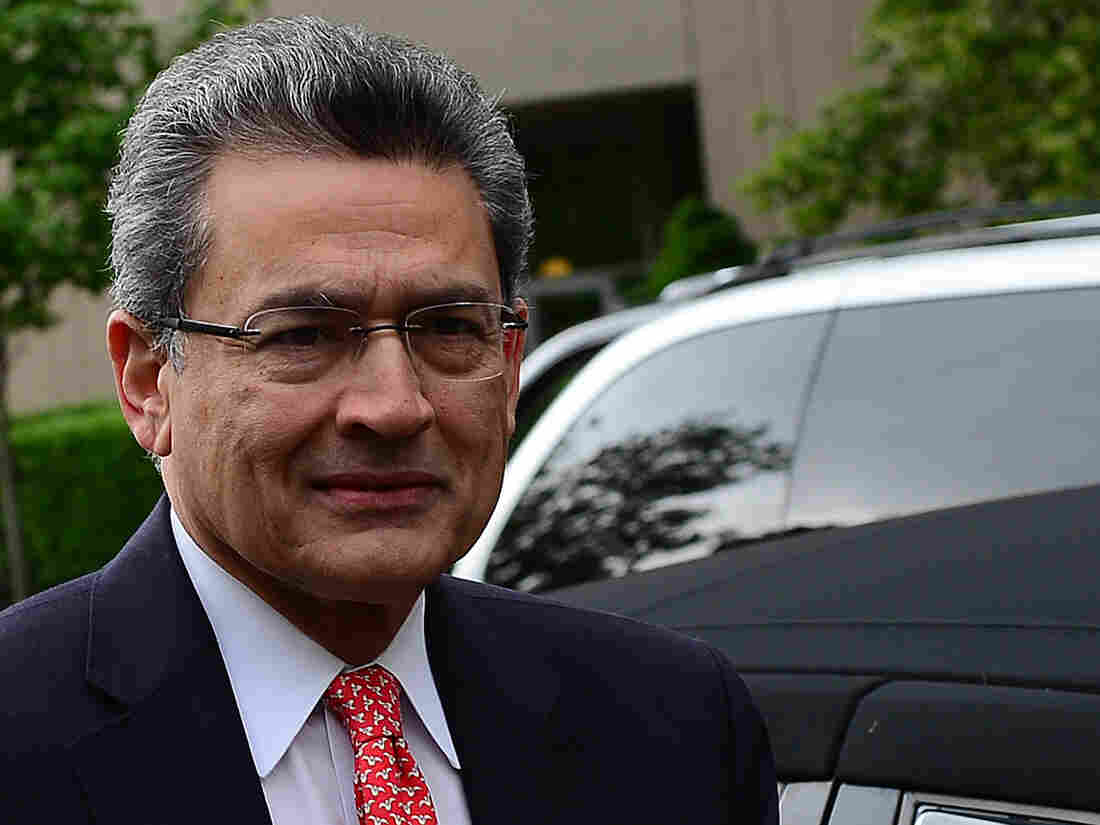 Rajat Gupta on Wednesday as he arrived at the federal courthouse in Manhattan. Emmanuel Dunand /AFP/Getty Images hide caption 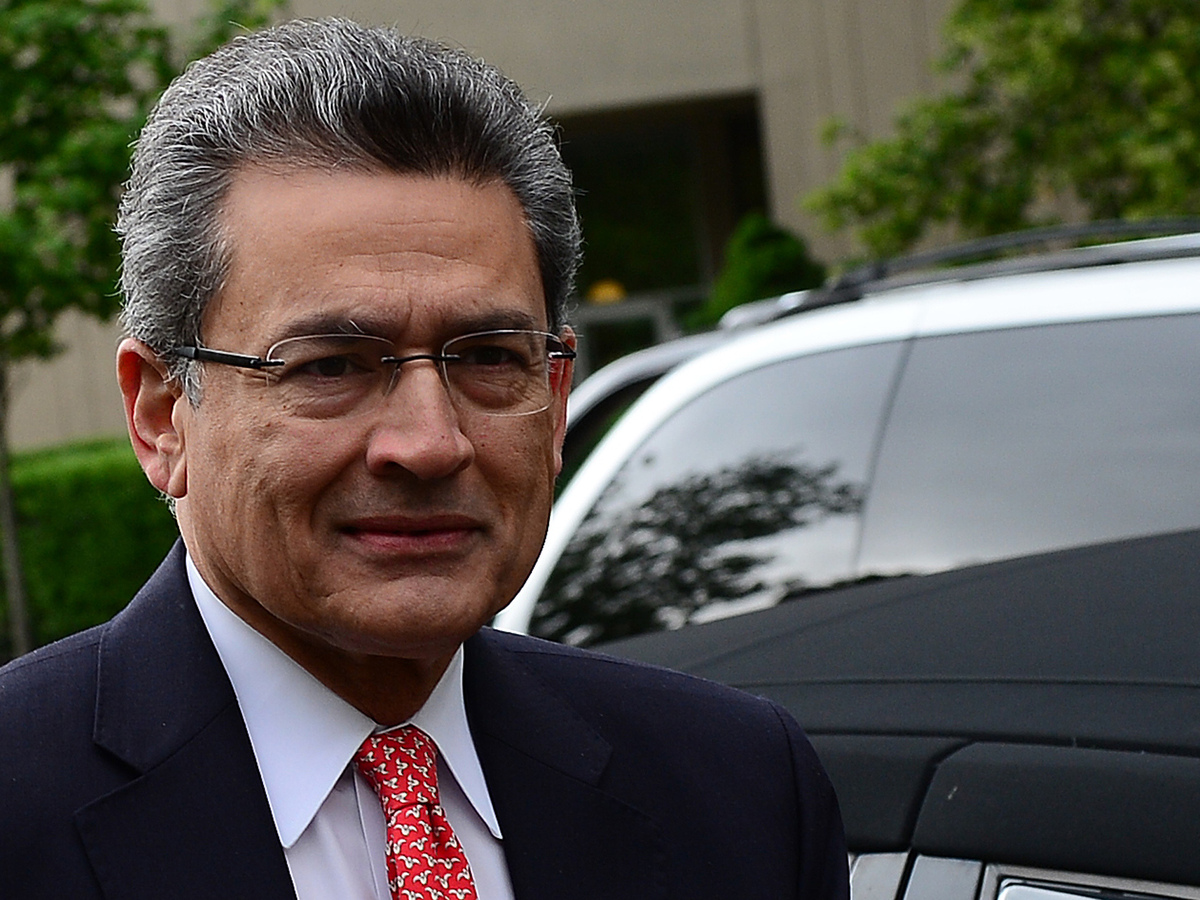 Rajat Gupta on Wednesday as he arrived at the federal courthouse in Manhattan.

"Rajat Gupta, who reached the pinnacle of corporate America as managing partner of McKinsey & Co. and was a director at Goldman Sachs Group Inc. and Procter & Gamble, was convicted by a federal jury of leaking inside information to hedge-fund manager Raj Rajaratnam," Bloomberg News writes.

The Associated Press recaps the case:

"Gupta was charged last year in a far-reaching federal probe of alleged insider trading in the hedge fund industry. Prosecutors had accused him of giving his billionaire friend Raj Rajaratnam tips that Rajaratnam then used to gain an illegal advantage on massive trades for a hedge fund. The 63-year-old Gupta claimed all his business dealings were above board. His lawyers argued he was a victim of guilt by association with the hedge fund manager, who's now serving an 11-year prison."

As WNYC's Ilya Marritz reported this week on All Things Considered, "in one instance in September 2008, Gupta allegedly called his friend just seconds after a Goldman Sachs conference call had ended and minutes before the stock market closed to tell him that investor Warren Buffett was putting $5 billion into Goldman Sachs. Rajaratnam immediately bought $43 million worth of Goldman stock. The next day, the news became public, and Rajaratnam made a million-dollar profit, prosecutors say."