Accessibility links
Wallenda Completes High-Wire Walk Over Niagara Falls : The Two-Way As if that wasn't drama enough, Nik Wallenda has added a bit of last-minute mystery to his audacious attempt. 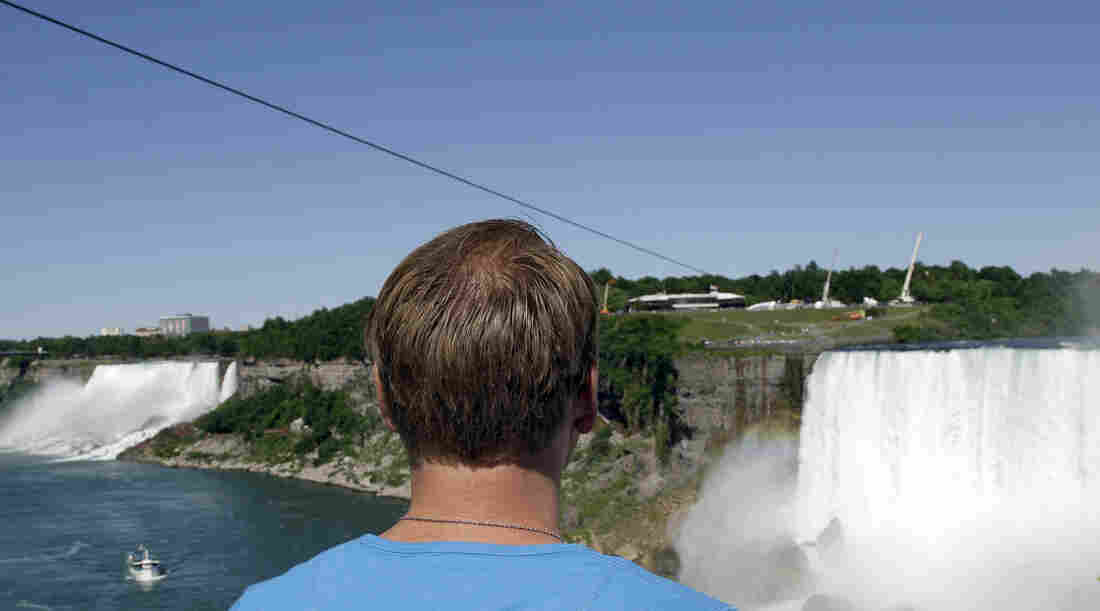 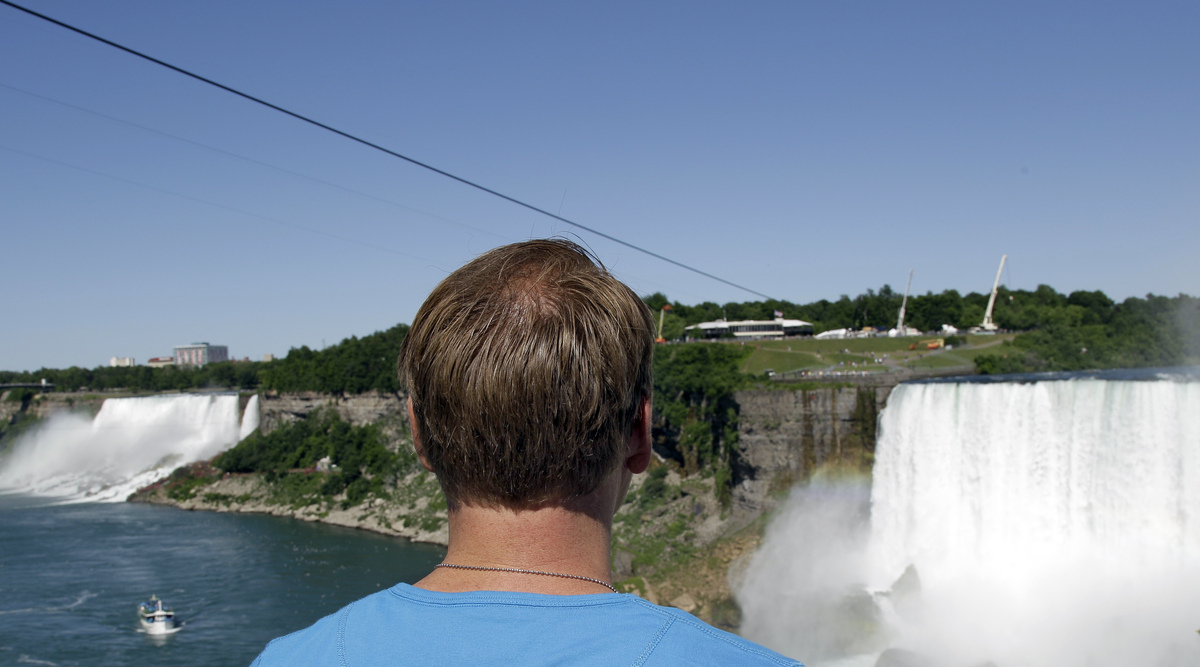 Nik Wallenda looks at the tightrope cable in Niagara Falls, Canada on Wednesday.

Nik Wallenda has successfully walked across Niagara Falls on a 2-inch-wide cable. As if there wasn't enough drama, he added a bit of last-minute mystery to his audacious attempt.

If you're not familiar with the story, Wallenda wanted to become the first person to walk across Niagara Falls on a tightrope. As ABC reports, it was a lifelong dream:

"Others have crossed the Niagara River itself, but never over the falls. Wallenda said that tonight's feat will be the fulfillment of a lifelong dream as well as a chance to honor his great-grandfather, legendary funambulist Karl Wallenda, who died after falling from a tightrope in Puerto Rico in 1978.

"Wallenda, 33, has called his great-grandfather his "biggest inspiration" and said he will be thinking of him during the stunt. The 1,500-foot walk between Goat Island in the U.S. side to Table Rock in Canada will be fraught with unforgiving natural conditions: blinding mist and drafts created by the force of the waterfalls crashing down on the Niagara River.

"Those obstacles notwithstanding, Wallenda told reporters Thursday that he hopes the walk will be "peaceful and relaxing."

Earlier this evening, one question was still up in the air: Would Wallenda wear a safety harness?

The Los Angeles Times reports that ABC had threatened to kill the broadcast if he went untethered.

Wallenda told the paper that he's used to walking without a harness, so doing this with one might make things more dangerous.

"The truth is, mentally it might add to it," Wallenda said.

Wallenda is walking across the tight rope, lights blaring down and water spraying around him. Upon ABC's insistence, he is using a tether, the Associated Press reports:

"Wallenda said he agreed because he wasn't willing to lose the chance and needed ABC's sponsorship to help offset some of the $1.3 million cost of the spectacle."

Wallenda is safely on the ground in Canada after 25 minutes of suspense. He pulled out his passport and said the purpose of his trip was "to inspire people all over the world," according to ABC.