Accessibility links
Obama's Played 100 Rounds Of Golf; Which Presidents Beat That? : The Two-Way While the current president has gone golfing much more often than his predecessor, he lags far behind two other former occupants of the White House.

Obama's Played 100 Rounds Of Golf; Which Presidents Beat That?

Obama's Played 100 Rounds Of Golf; Which Presidents Beat That? 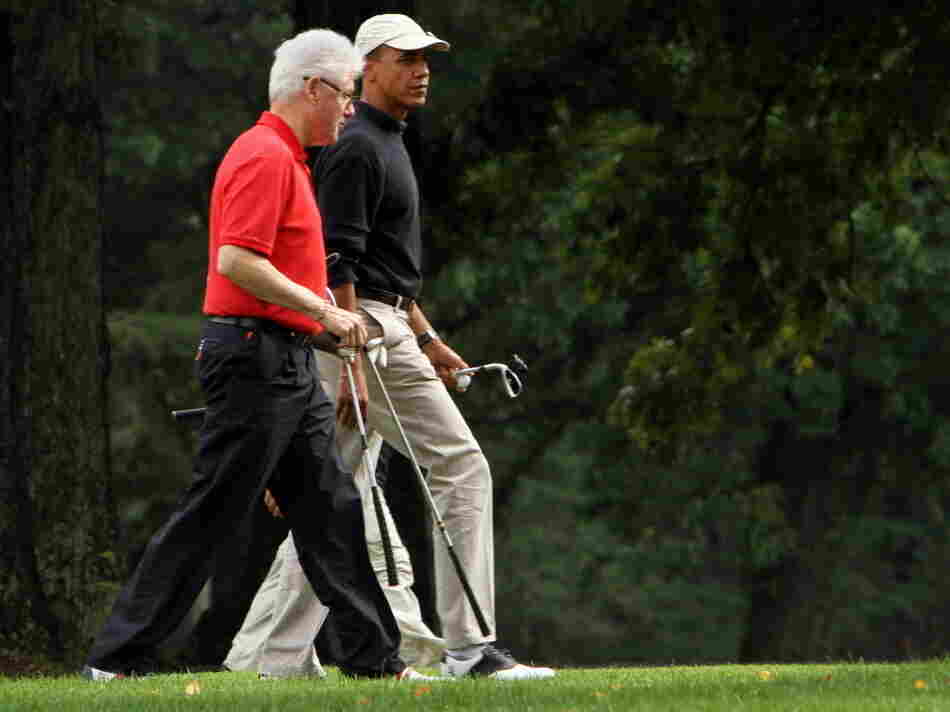 Presidents Clinton and Obama during a round of golf last September. Chris Kleponis-Pool/Getty Images hide caption 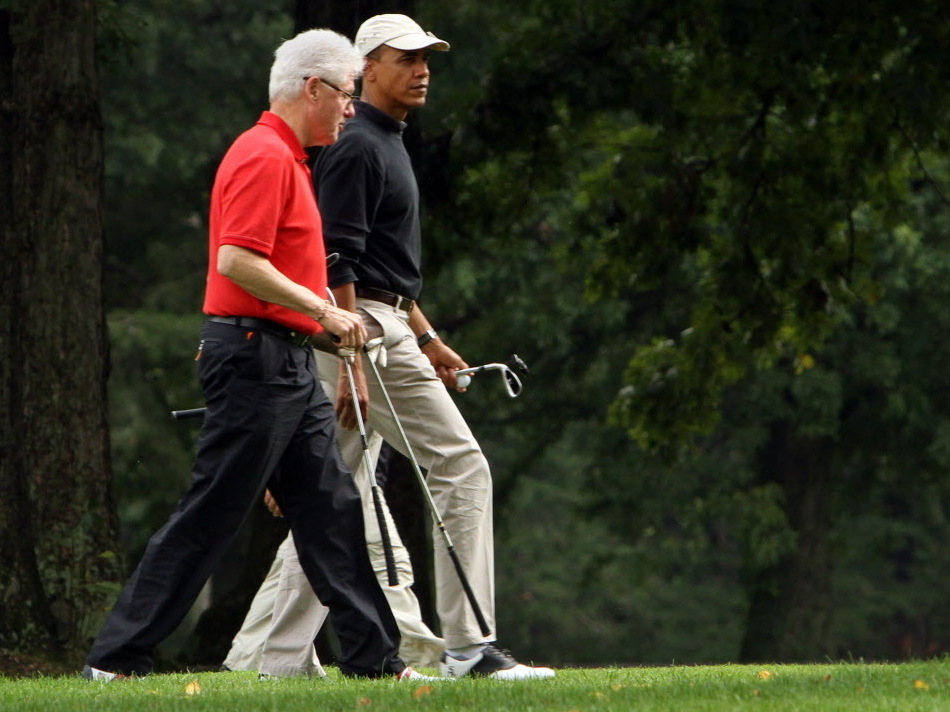 Presidents Clinton and Obama during a round of golf last September.

On Sunday, President Obama played his 100th round of golf since taking office, according to CBS News' Mark Knoller — the White House press corps' keeper of all sorts of presidential factoids.

In less than one term, Obama has eclipsed his predecessor. President George W. Bush played golf 24 times during eight years in the White House, ABC News' Good Morning America reports. Bush stopped playing while in office after an Aug. 19, 2003, truck bombing in Baghdad killed the U.N.'s top official in Iraq. He decided at that time, Bush said, according to The Washington Post, that "it's just not worth it anymore."

Obama is not close to being the most frequent duffer among presidents, though. One of them is probably no surprise. But the man at No. 1 may be. According to Good Morning America:

"That title falls to Woodrow Wilson, who reportedly played about 1,200 rounds during his presidency. Dwight Eisenhower is the runner-up at 800, according to his memorial commission."