Accessibility links
If WikiLeaks' Assange Steps Out, He's Due To Be Arrested : The Two-Way He's reportedly still inside Ecuador's embassy in London, where he showed up Tuesday and asked for political asylum.

Listen
If WikiLeaks' Assange Steps Out, He's Due To Be Arrested

If WikiLeaks' Assange Steps Out, He's Due To Be Arrested 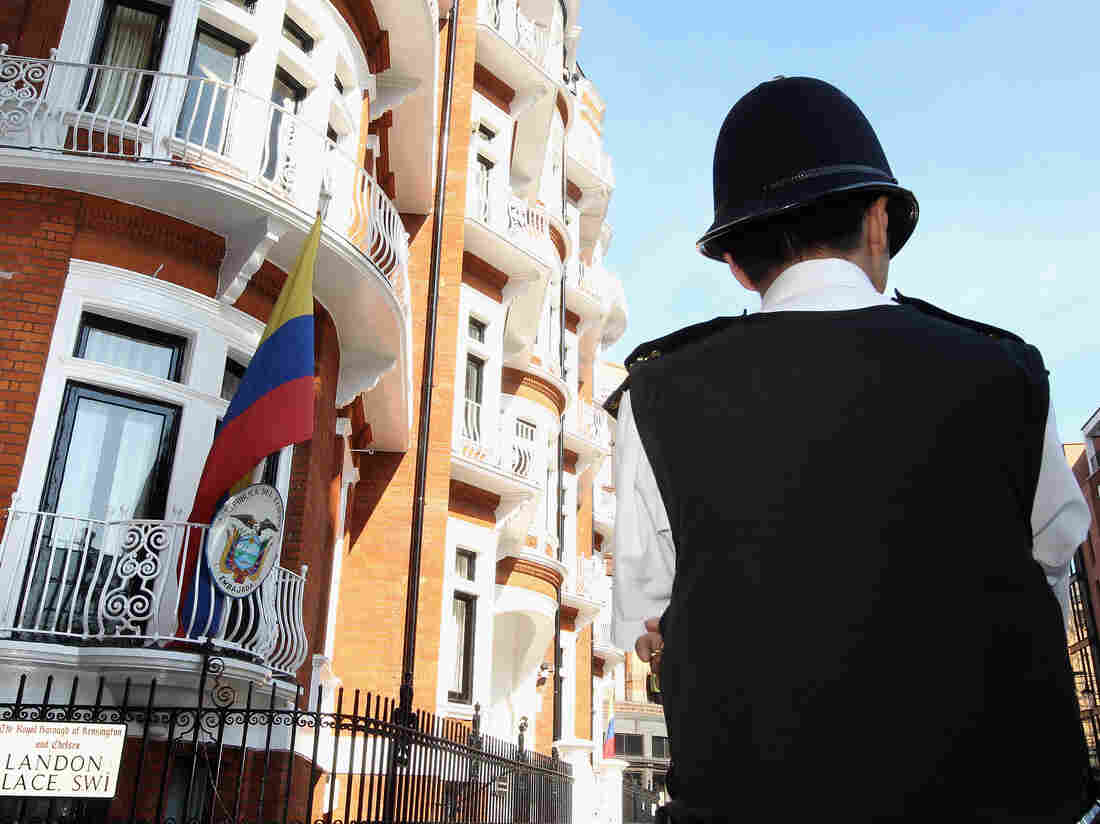 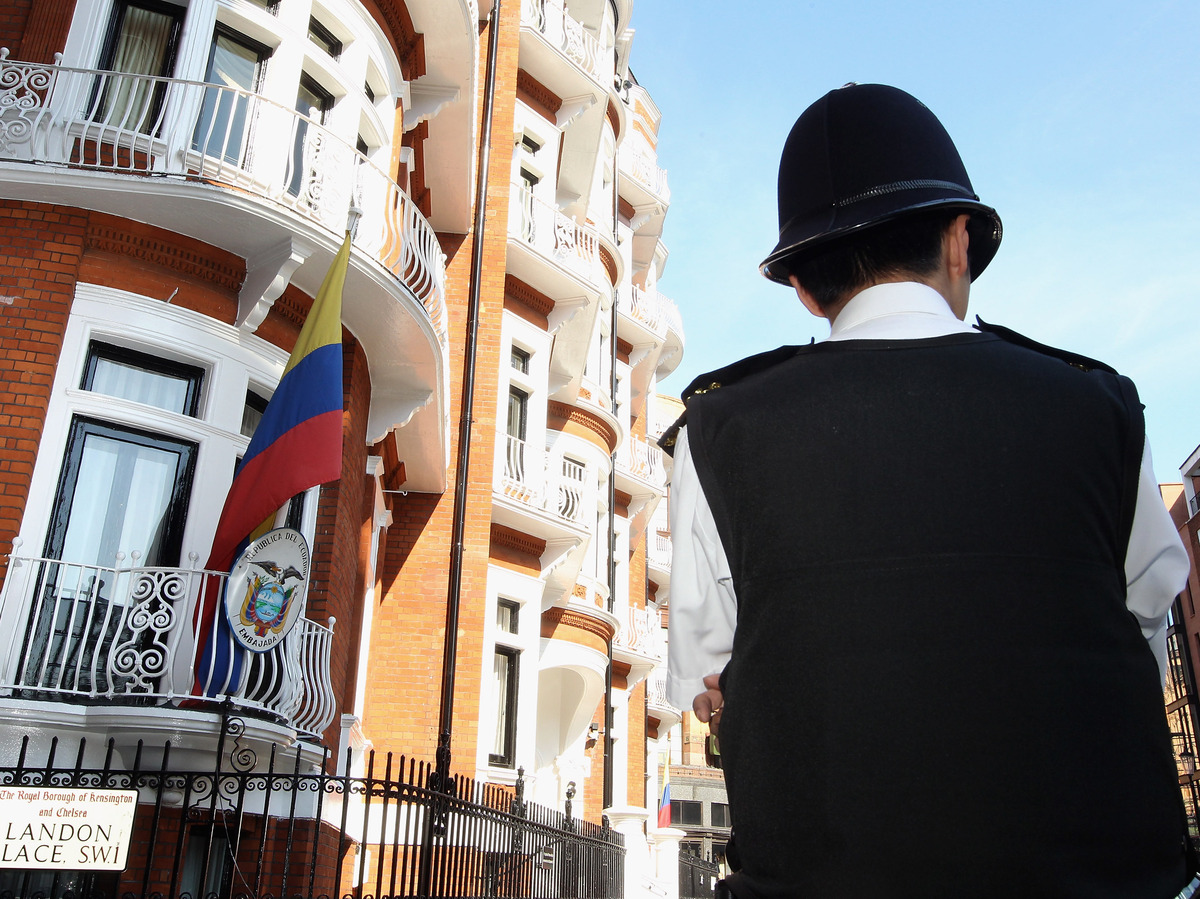 A British police officer stood outside the Ecuadorian consulate in London earlier today, as WikiLeaks founder Julian Assange remained inside.

WikiLeaks founder Julian Assange is reportedly still inside Ecuador's embassy in London, where he showed up Tuesday and asked for political asylum.

The chances of his being able to leave there and not immediately be arrested by British authorities seem to be somewhere between slim and none.

As NPR's Philip Reeves put it earlier on Morning Edition, "if he wants to go to the airport" and fly out of the U.K., "he or the authorities of Ecuador would likely have to negotiate right of passage with the British authorities."

And that, as Philip said, is unlikely to be granted. Ecuadoran officials say they're reviewing Assange's request, and there are reports that talks are under way between Ecuador and the U.K. on how to resolve the situation.

And The Guardian adds that:

"The police will not enter a foreign embassy to make an arrest. But short of giving Assange Ecuadorian diplomatic status or hiding him in a rather large diplomatic bag, there seems no way in which he can get to Heathrow, let alone Ecuador, without being arrested for breach of his bail conditions."

As the AP reminds us:

"Assange was arrested in London in December 2010 at Sweden's request. Since then he has been fighting extradition to the Scandinavian country, where he is wanted for questioning over alleged sexual assaults on two women in 2010.

"He denies the allegations and says the case against him is politically motivated. He also claims extradition could be a first step in efforts to remove him to the United States, where he claims to have been secretly indicted over his website's disclosure of 250,000 State Department cables. The leaks of the secret diplomatic exchanges deeply angered the U.S. government."

One reason Assange faces immediate arrest in the U.K., according to The Telegraph, is that he did not appear Tuesday at "a named bail address between 10 p.m. and 8 a.m."