Accessibility links
Jury Finds Philadelphia Monsignor Guilty Of Endangerment In Abuse Coverup : The Two-Way Msgr. William J. Lynn was found guilty of endangerment but acquitted of conspiracy. Lynn was the first Catholic official in the country to face trial in the aftermath of the abuse scandal. 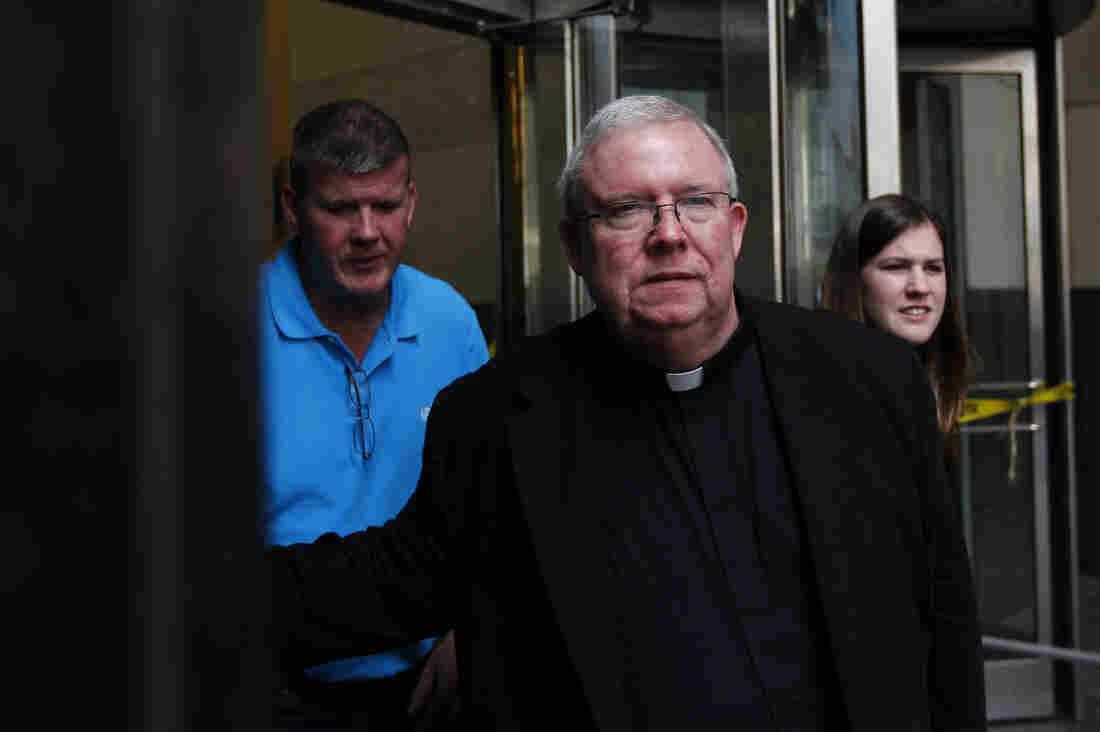 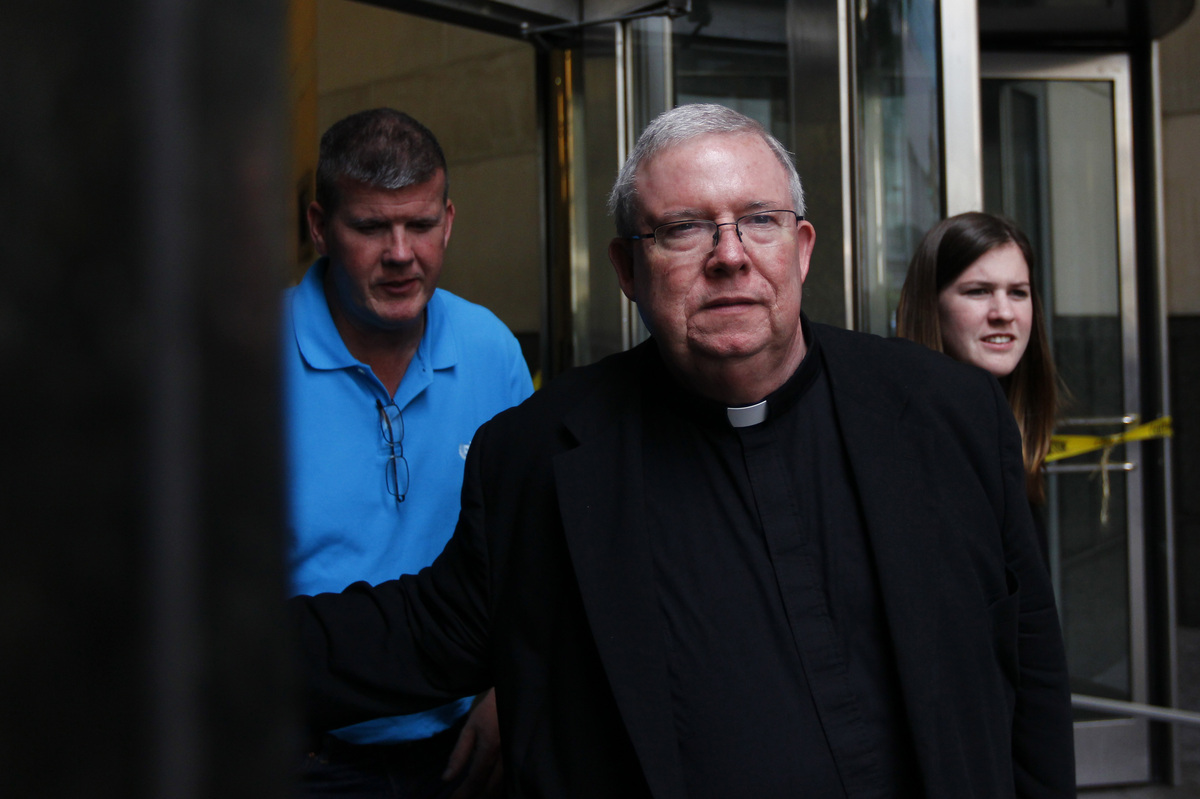 Lynn, who served as aide to Cardinal Anthony J. Bevilacqua, the archbishop of Philadelphia from 1988 to 2003, was the first Roman Catholic official to be convicted in the United States in the aftermath of the priest abuse scandal. The jury returned its verdict on its 13th day of deliberations and two days after the judge sent them back to deliberate further after they said they were deadlocked on all but one charge.

As The Philadelphia Inquirer reports, Lynn was never accused of touching a child, instead he was accused of encouraging the reassignment of priests despite the fact that there were signs they had sexually abused children.

The Inquirer provides this background:

"Prosecutors asserted that as clergy secretary he failed to take adequate steps to remove pedophile priests and that his conduct showed he cared more about protecting the church than children.

"Lynn, they said, lied to some victims, never sought out others, and, in a few cases, suggested to admitted sex abusers that they may have been seduced by their young accusers. ...

"Both prosecutors and defense attorneys seized on what they called "a smoking gun" in the case: a list Lynn compiled in 1994 naming 37 archdiocesan priests, including some still working in parishes, who had been diagnosed as pedophiles, had admitted or were suspected of abusing children or teens. Some remained in active ministry for years after the list was drawn up."

One priest, Edward Avery, was listed as "guilty of sexual misconduct," yet he was a reassigned to a parish where prosecutors said he went on to assault an altar boy.

As MSNBC reports, Lynn argued on the stand that he did what "he could to stop molestation by clergy but that he was only doing his job when he reassigned suspected clergy."

WHYY's News Works has a timeline of the case.