Accessibility links
City Of Stockton's Looming Bankruptcy: Pictures Tell The Story : The Two-Way The California city is about to declare bankruptcy. It would be the largest U.S. city to ever do so. KQED's Ian Hill went out to take photos of the municipal projects that were built in better times, but have left Stockton owing millions. 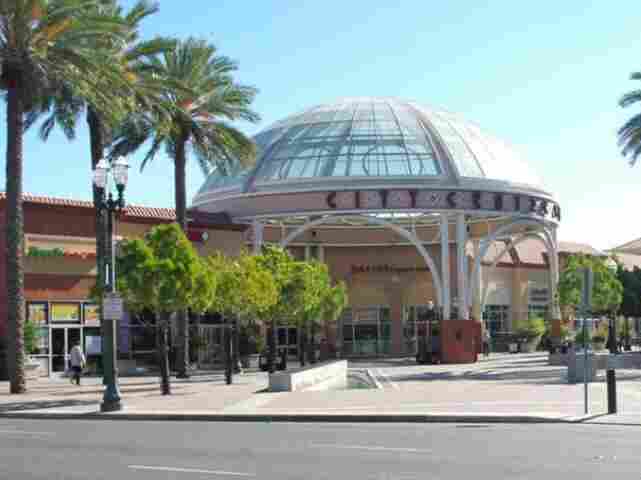 Among the projects that have helped put Stockton in the red: this downtown multiplex, which opened in 2003 and cost $15 million in public and private money. Ian Hill/KQED hide caption 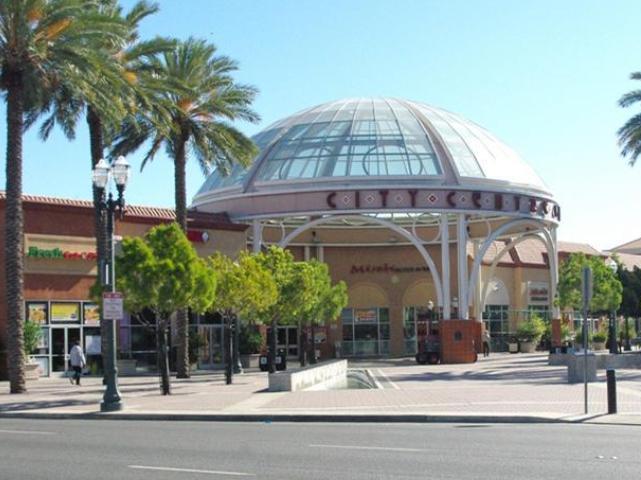 Among the projects that have helped put Stockton in the red: this downtown multiplex, which opened in 2003 and cost $15 million in public and private money.

Stockton, Calif., is on the verge of becoming the largest city in the nation to declare bankruptcy after its city council voted 6-1 Tuesday night to approve a spending plan that's essentially "a day-to-day survival budget," as the Los Angeles Times puts it.

A bankruptcy filing could happen as soon as today, according to our colleagues at KQED and other local news outlets.

Stockton, as The Associated Press notes, has a $26 million budget shortfall. James Spiotto, a Chicago bankruptcy attorney who tracks municipal bankruptcies, tells the AP that until now the largest city to have declared bankruptcy was Bridgeport, Conn., (population about 144,000) in 1991.

The Times writes that "how Stockton found itself so mired in debt can be seen everywhere in the city's core. There is a sparkling marina, high-rise hotel and promenade financed by credit in the mid-2000s, mere blocks from where mothers won't let their children play in the yard because of violence."

KQED's Ian Hill went out with his camera to photograph some of those projects "that Stockton indulged in during better times," and shared his photo gallery with us.