Accessibility links
'Hell In The Rearview Mirror' As Coloradoans Flee Wildfires : The Two-Way In Colorado Springs, a huge wildfire continues to destroy homes and threaten the city. More than 1,000 firefighters are on the scene. There are other blazes in seven western states.

'Hell In The Rearview Mirror' As Coloradoans Flee Wildfires

'Hell In The Rearview Mirror' As Coloradoans Flee Wildfires 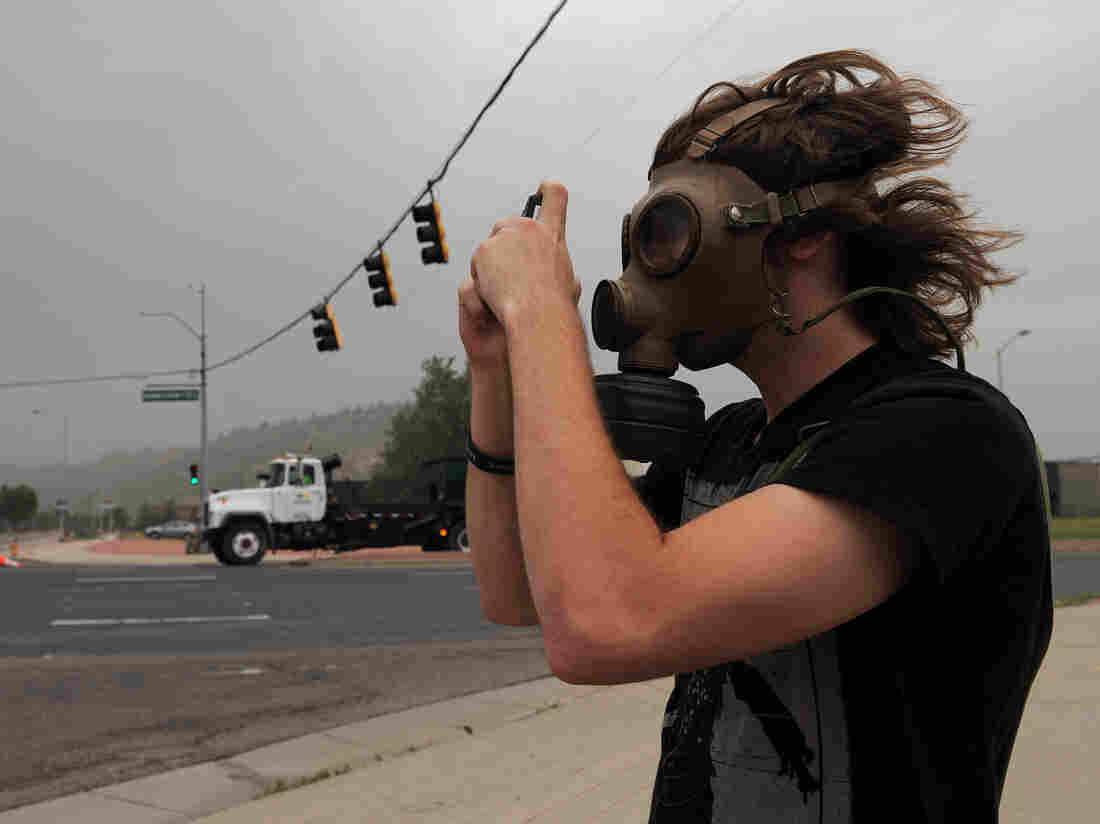 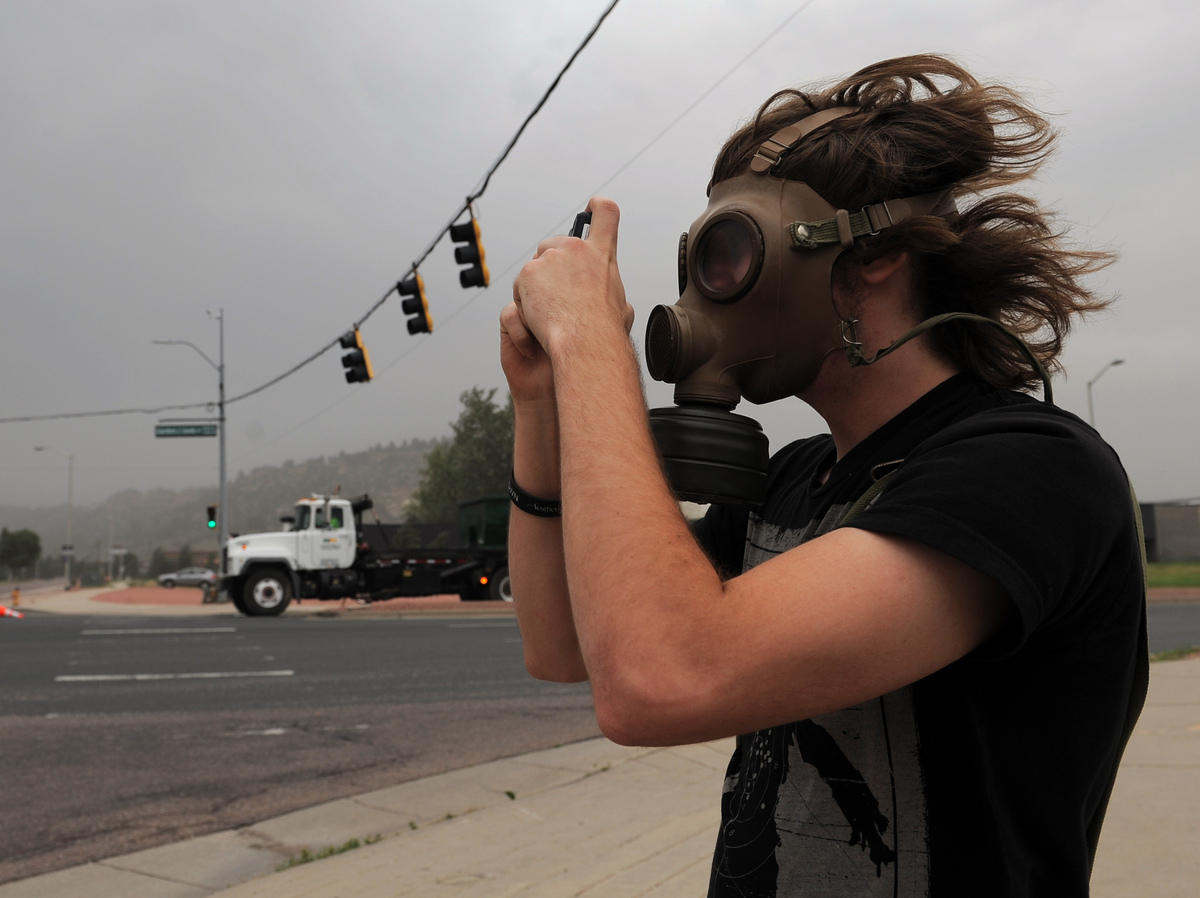 Mikke Carlson took photos of the smoke from the Waldo Canyon fire while wearing a gas mask on Wednesday in Colorado Springs, Colo.

The latest news on the wildfire causing havoc in Colorado Springs, Colo., is that "the blaze was burning out of control early Thursday in the mountains and within Colorado's second-largest city, after more than 30,000 evacuees frantically packed up belongings and fled," The Associated Press reports.

But the story to read for how awful it is if your home is in the inferno's path comes from reporter Bill Vogrin of The Gazette, Colorado Springs' local newspaper. As the headline says, he saw "Hell In The Rearview Mirror.

After he and his family grabbed what they could from their house on Tuesday, Vogrin writes, he managed to get away from the neighborhood as embers were falling on his home's roof. Then, as he shares in this emotional passage:

"I sat in traffic. It's a memory I'll never forget. I teared up as I scanned the surrounding cars. Everywhere were children, scared and crying, their parents looking deathly afraid and, in my rearview mirror, a view of the gates of hell."

-- The Waldo Canyon Fire threatening Colorado Springs has so far destroyed about 300 homes, The Denver Post says. About 1,000 firefighters are battling the flames.

-- According to the latest update at the federal government's InciWeb.org clearinghouse, the blaze is about 5 percent contained. The scorched area tops 16,000 acres.

-- Shifting winds continue to fan the flames, as KUSA-TV reports. The National Weather Service warns that the area remains under a "red flag warning" — dry conditions with gusty winds. As NPR's Jeff Brady tells our Newscast Desk, "for crews hoping to bring the fire under control, the weather is a problem. More hot, dry weather is forecast — temperatures near 100 degrees are expected. Also predicted — dry lightening that could spark more fires."