Accessibility links
If E.T. Comes Calling, Americans Favor Obama Over Romney To Handle Things : The Two-Way In a poll commissioned by National Geographic (not The National Enquirer), nearly two-thirds said they thought the current president would be better able to handle things than his Republican challenger. But what about a president from the movies? 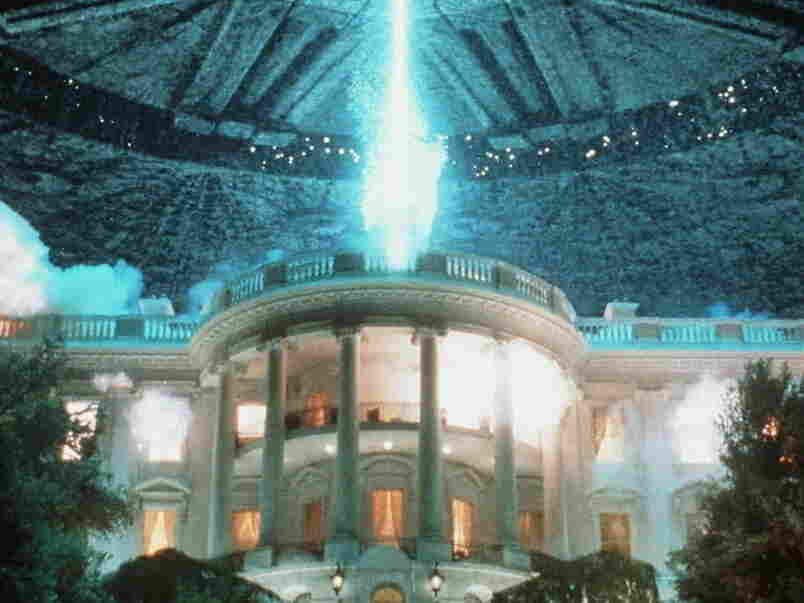 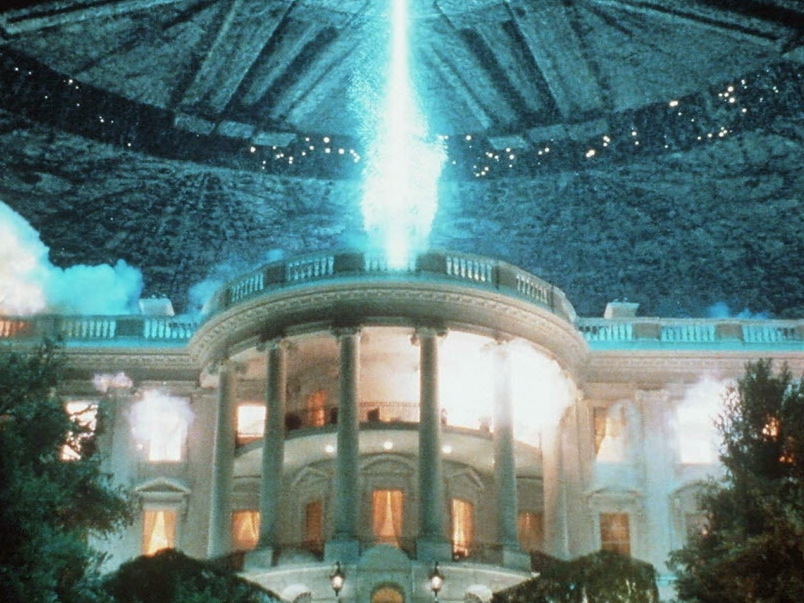 In the 1996 20th Century Fox film Independence Day, the White House did not fare well.

This comes from National Geographic, not The National Enquirer:

And when they say aliens, they mean E.T.

Apparently, in the run-up to Friday's debut of National Geographic Channel's new series Chasing UFOs, a poll was taken of 1,114 Americans. And, yes, they were asked which 2012 presidential contender would be better equipped to handle the arrival of creatures from outer space.

As USA Today's The Oval blog says: "well, they poll everything else."

The poll also revealed that:

"More than seven in 10 (71 percent) Americans think that aliens are more likely to exist than are superheroes, vampires and zombies. Furthermore, if aliens attacked our planet, more than one in five (21 percent) would most likely call on the Hulk to deal with the havoc. Far fewer would most trust Batman (12 percent) or Spiderman (8 percent) to step in."

We think there's another question to be asked, though:

Note: In case you hadn't guessed, that's just a question, not a scientific survey of public opinion.