Accessibility links
The Health Care Ruling Was SCOTUSblog's Olympics : The Two-Way And it took it from an obscure outlet for insiders to the talk of the media world. 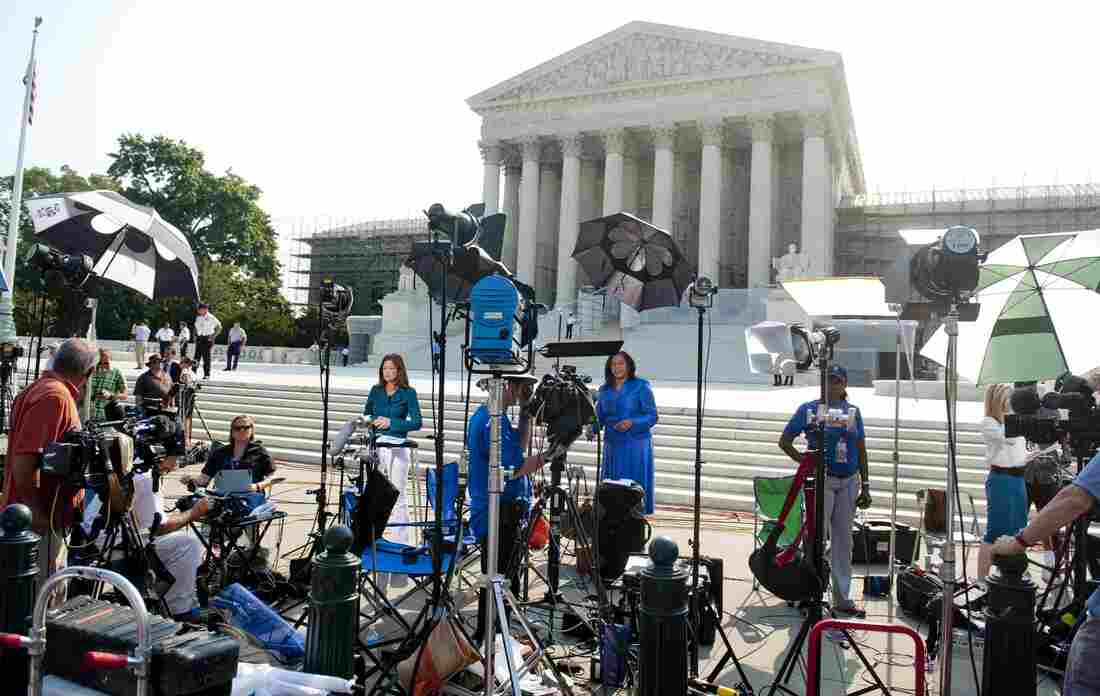 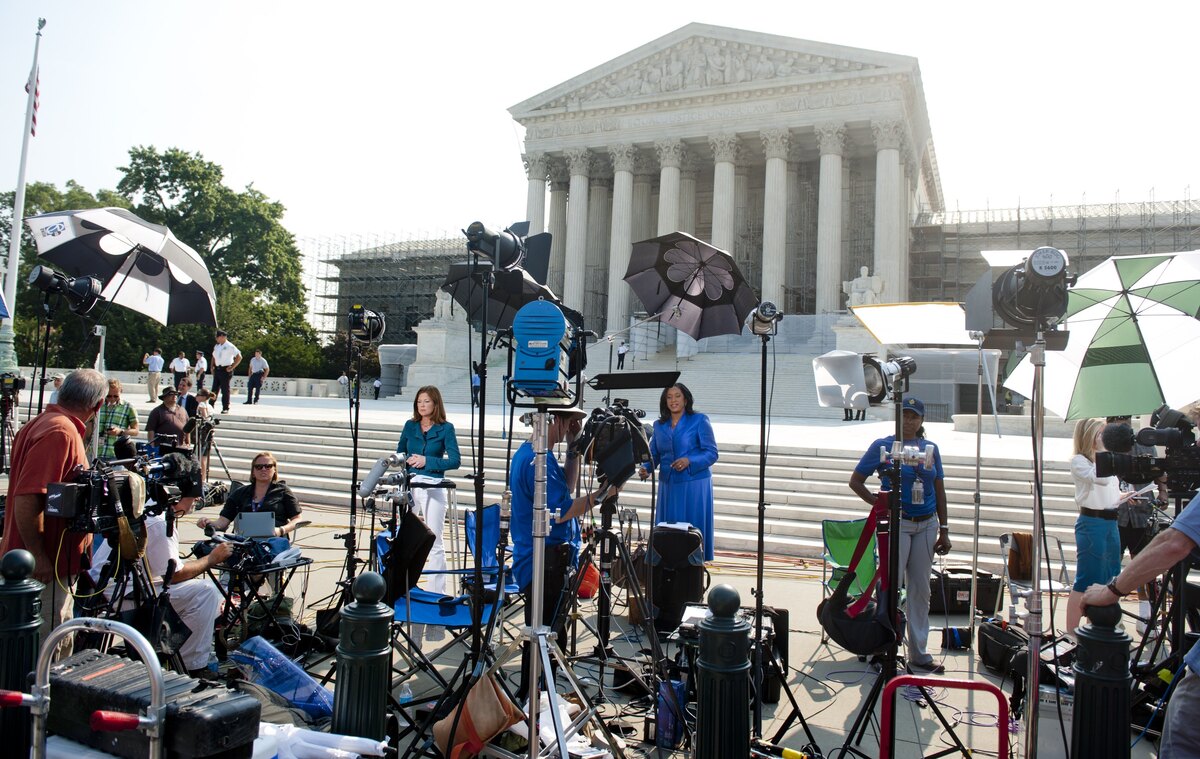 Reporters await a decision by the Supreme Court on the constitutionality of the Affordable Healthcare Act, President Barack Obama's signature healthcare legislation.

At its peak, 866,000 people were glued to SCOTUSblog, waiting for the Supreme Court's judgment on President Obama's signature legislation, the Patient Protection and Affordable Care Act (ACA).

Not very long ago, SCOTUSblog was an unknown, a website where lawyers and legal wonks parsed even obscure Supreme Court decisions. But over the past few weeks, it has become the go-to place to get up-to-second news on the court.

So much so that even President Obama was hanging on SCOTUSblog's words. During Wednesday's briefing, the president's press secretary Jay Carney said Obama would not get advance warning from the court, so he would be tuning into the blog.

"Well, we turn on televisions and radios and computers, and watch SCOTUSblog," Carney said.

The blog was started in 2003 by lawyer Tom Goldstein. He spoke with NPR's Melissa Block on Tuesday and he explained how the blog works.

"We're in an unusual situation," he said. "All of the really experienced reporters including, for example, Nina Totenberg for NPR, need to be up in the courtroom where they are listening to the decision and maybe any dissents. And that leaves a huge gap. The court publishes its opinion but there really isn't any discussion, any analysis of it. And even the website is on a lag of a few minutes.

"So in the press room at the courtroom itself, our reporter, Lyle Denniston — who is, along with Nina, the dean of the Supreme Court press corps — grabs a copy of the opinion and at 81 will literally run to his desk and he will ... jump on a conference call and tell us what it is the court has done, and we will type that into the live blog."

With those numbers, the blog has also become a money maker. Our former colleague David Gura reported for Market Place that with Bloomberg Law as sponsor, the site now has an annual operating budget of $400,000.

Goldstein told the Post that today's decision was their Olympics and "we're trying to act like it."

In a profile of Denniston, the Post reported the blog had one goal for today's decision: To beat everyone on the news. As Korva reported, one of the first ones to break the news was CNN.

But SCOTUSblog was the first to deliver it correctly.