Accessibility links
We Must Mention Don Grady Of 'My Three Sons,' It's The Polite Thing To Do : The Two-Way Grady, 68, is remembered for his role as Robbie Douglas on My Three Sons. He died Wednesday.

A Bit Of The 'My Three Sons' Theme

Listen
We Must Mention Don Grady Of 'My Three Sons,' It's The Polite Thing To Do

We Must Mention Don Grady Of 'My Three Sons,' It's The Polite Thing To Do 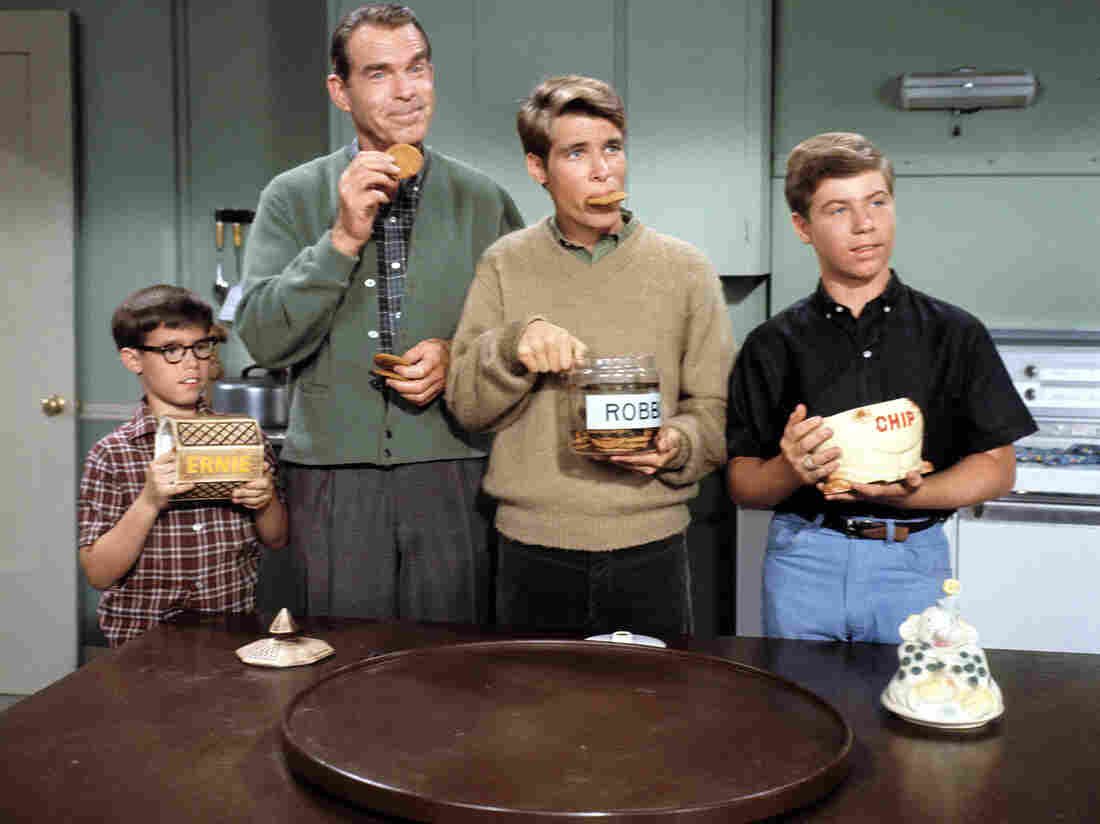 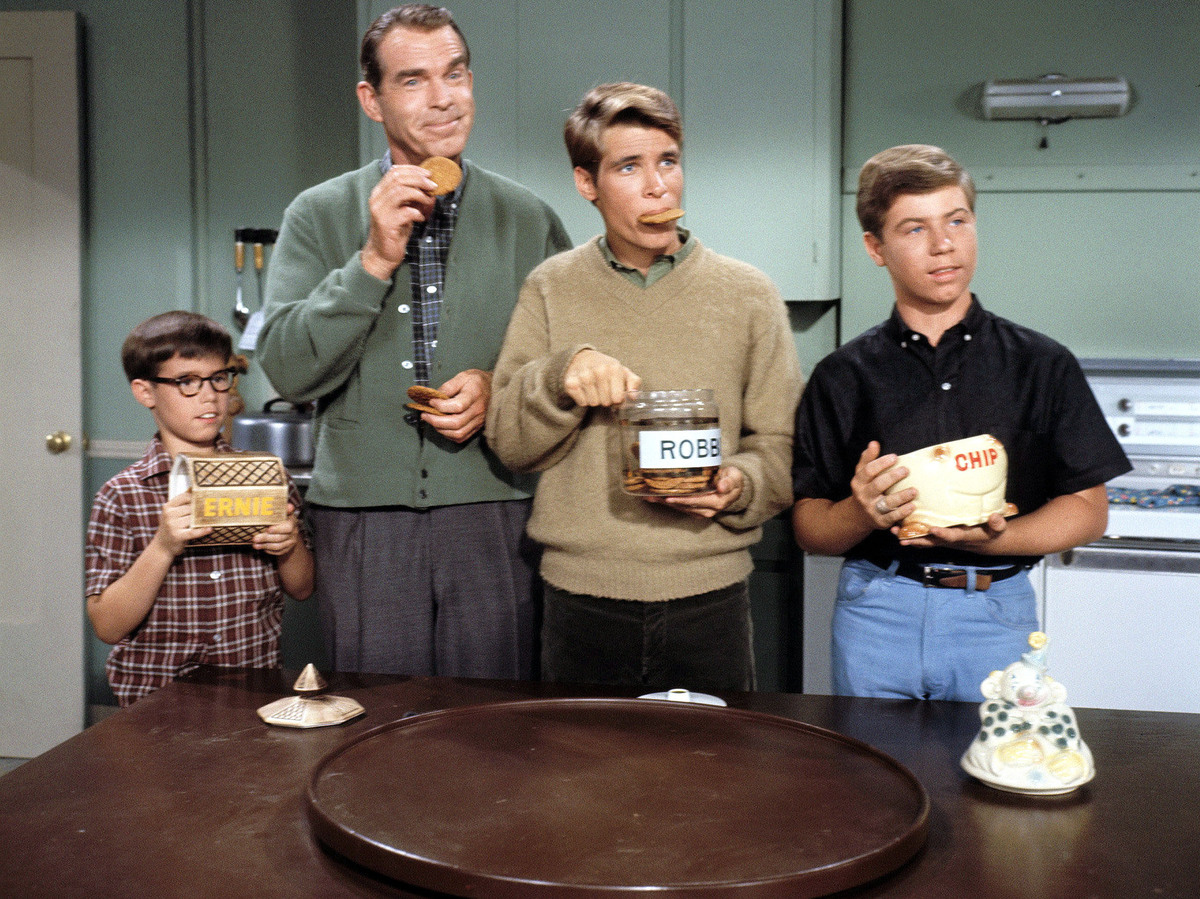 Don Grady (second from right) as "Robbie Douglas," with (at far left) Barry Livingson as "Ernie," Fred MacMurray as "Steve Douglas" the dad, and Stanley Livingston as "Chip."

Now that we're past the day's big news about health care, we just want to take a moment to note the death of actor Don Grady. He died Wednesday after a battle with cancer.

Grady, 68, will be remembered forever by many of us as Robbie Douglas, the oldest of the boys on My Three Sons (yes, for the first few seasons during a series that ran from 1960 to 1972 there was an older brother named Mike, but the best-known years were after that character departed).

It was a comforting show. Fred MacMurray played widower "Steve Douglas." There was his father-in-law "Bub," played by the great William Frawley (even better known as Fred Mertz on I Love Lucy and later replaced by William Demarest as "Uncle Charley"). And then there were the boys — most notably the trio of Grady and the Livingston brothers (Stanley as "Chip" and Barry as "Ernie").

In later years, Steve remarried. A stepdaughter, "Dodie," was then introduced.

The plots usually seemed to have a simple formula. The boys would get into some sort of mischief. Steve or Bub or Uncle Charley would find them out. Lessons would be learned. Morals would be taught.

Classic-TV.com offers this summary of one episode's plot line:

"There is genuine pathos in Bub in the Ointment, in which Bub's 'Irish temper' and lack of tact embarrass the kids, until Steve reminds Mike of the sacrifices Bub made to move in with the family after his daughter died."

As Robbie, Gray was the coolest of the relatively nerdy trio. And off the air he was an older brother of sorts to the Livingstons.

"It's a cliche, but Don was the guy we looked up to because he was our big brother," Barry Livingston told the Los Angeles Times Wednesday night. "The lines blur when you're working with them and living with them so many hours a day. Don was the oldest, so we were emulating him."

After My Three Sons, Grady focused on music. The Associated Press says he wrote The Phil Donahue Show's theme and music for films and stage shows.

But we'll remember him for being part of a show that offered a few laughs and a few life lessons. Those three sons would have been told it's important and polite to remember those who've gone before you. So we will.

A Bit Of The 'My Three Sons' Theme