On The Morning After, Who's The Winner Is Everybody's Guess

On The Morning After, Who's The Winner Is Everybody's Guess 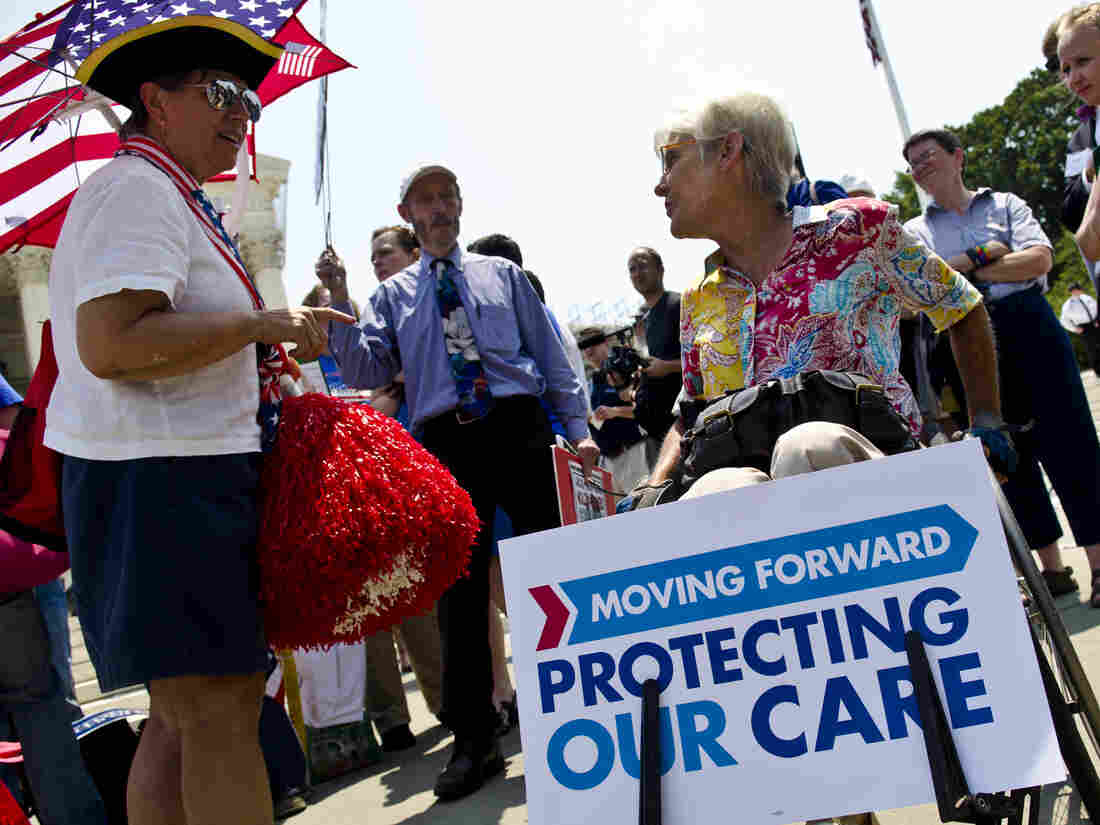 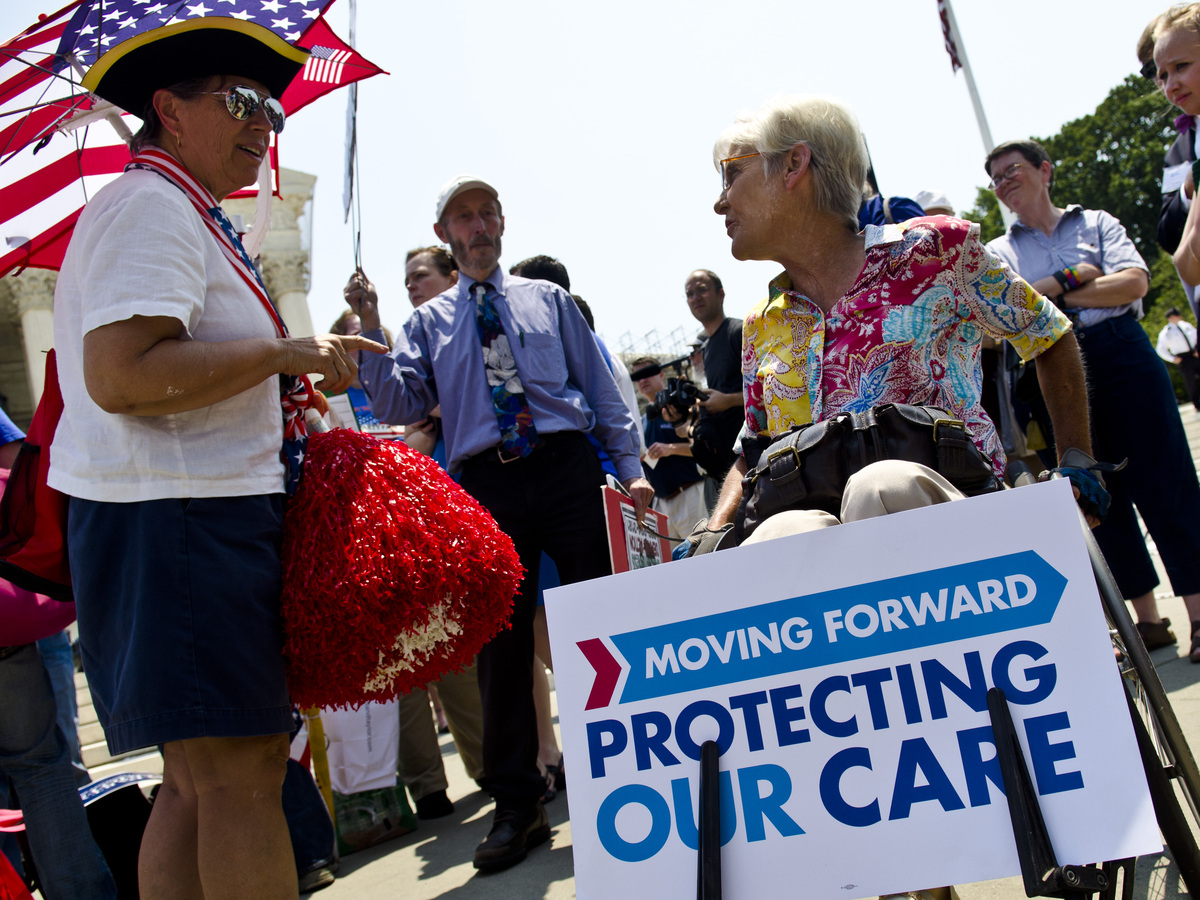 Susan Clark (left) argues with another protester about the Affordable Care Act outside the U.S. Supreme Court on Thursday.

Figuring out who benefits most politically from Thursday's Supreme Court decision that upheld the constitutionality of President Obama's health care overhaul seems to be today's toughest assignment.

On It's All Politics, our colleague Frank James says it's "difficult to overstate how big a win" it was for Obama.

But if Obama was "winner No. 1," then Republican presidential candidate Mitt Romney was "winner No. 2," says Republican speechwriter in the Baltimore Sun: "In the hours following the ruling's release, Team Romney experienced a sizable bump in fundraising."

And as The Christian Science Monitor adds:

"Obama's victory could come at a political cost. The mandate is unpopular with the public, and the president will have to defend it in his reelection campaign. At the same time, the high court has handed his challenger, Mitt Romney, and the GOP a pungent election-year issue. Republicans, particularly those with a libertarian, tea party bent, assert that the mandate represents an overreach of federal power and an affront to individual liberty."

Even The Washington Post's Chris Cillizza, who declared Thursday a "banner day" for the president, concedes this morning that it's "possible that what the political impact looks like today isn't what it will look like in November. Remember back in October 2002 it was widely assumed that the 'safe' political vote for Democrats with national ambitions was in support of the use of force resolution against Iraq. Six years later, it can be argued that that single vote cost Hillary Clinton the Democratic nomination for president."

Our advice: Give it a few days or weeks.

Meanwhile, here's a question (not a scientific survey of public opinion):