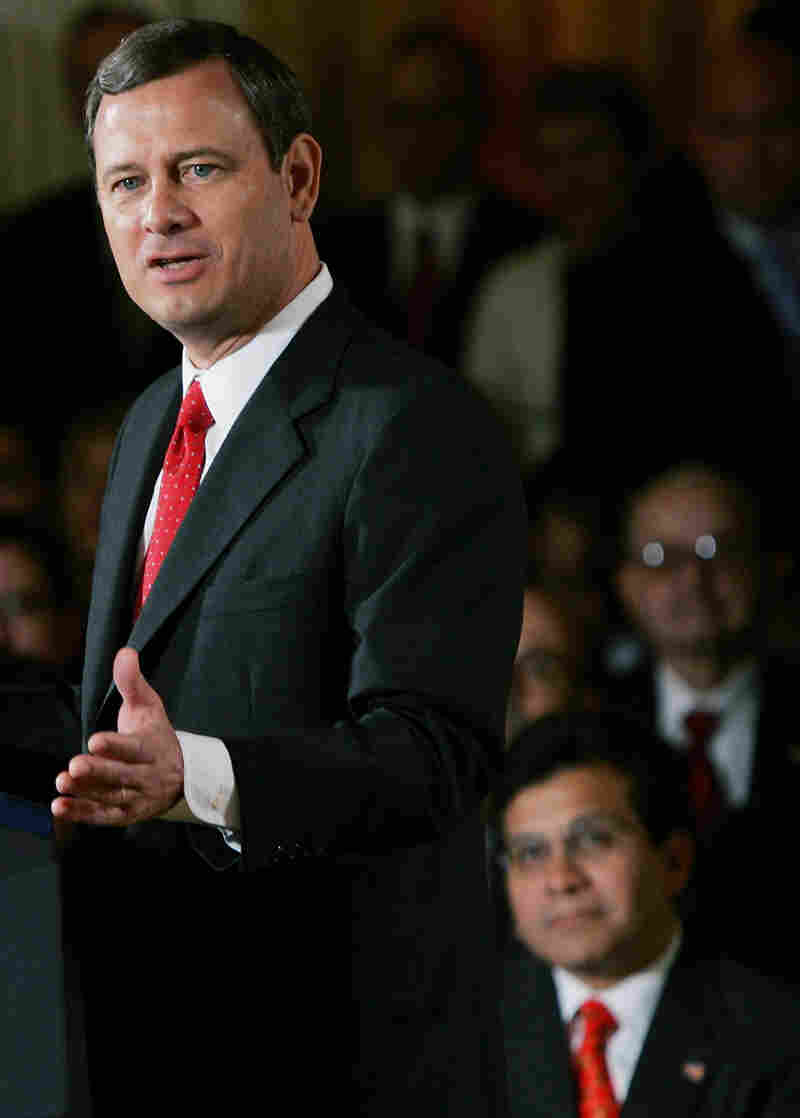 Conservative critics who say that Chief Justice John Roberts is some kind of traitor to their movement because he was the deciding vote in favor of upholding the Obama administration's Affordable Care Act "don't understand how these judges are supposed to discharge their responsibilities," Bush-era Attorney General Alberto Gonzales told NPR this morning.

"There are winners and losers with every decision," Gonzales said to Tell Me More host Michel Martin. A justice's "job is to do your job." He has, Gonzales added, "every confidence in Chief Justice Roberts ... and I stand behind my recommendation to President [George W.] Bush regarding his elevation as chief justice."

Roberts and Justice Samuel Alito, Bush's two nominees to the court, will be the former president's "most lasting and brightest legacy," Gonzales said.

As for the decision and what happens next, Gonzales said the health care issue "now moves to the political arena, where quite frankly it should be."

Speaking of politics, Michel asked about the contempt of Congress citation approved Thursday by the Republican-led House against current Attorney General Eric Holder, who the majority of lawmakers say has not turned over all the documents they need to see as Congress investigates the botched gun-tracking operation known as Fast and Furious.

Congress, Gonzales said, has "the right and obligation to find out exactly why" a federal agent was killed in Mexico by a gun involved in the operation. And the Department of Justice and White House should also be doing all they can to determine what went wrong.

But, while saying that he wanted to "limit my comments" because there's an ongoing investigation and he wants to be "considerate" of Holder, Gonzales did add that "we're in a political season and sometimes there are political motives behind decisions that occur in Washington."

"I'm not suggesting that's what is going on here," Gonzales said, "but that's been my experience."

Much more from the conversation is on today's Tell Me More. Click here to find an NPR station that broadcasts or streams the show.