Accessibility links
KABOOM! San Diego's Entire Fireworks Show Ignites At Once : The Two-Way Videos captured the scene. Fortunately, no injuries were reported. The "Big Bay Boom" was all that, and more.

Here's what it looks like when about 18-minutes worth of professional fireworks all go up at once.

On Twitter, the Unified Port of San Diego says "we sincerely apologize for the technical glitch that affected the ‪#BigBayBoom‬. Event producers are currently investigating the cause." Apparently, the fireworks on at least three of four barges in the city's bay went off all at once.

Appropriately named — before the mishap — the "Big Bay Boom," the show is annually one of the biggest in the western states. Port authorities issued a statement Wednesday night saying that:

"Approximately 5 minutes before the show was to start, a signal was sent to the barges that would set the timing for the rest of the show after the introduction. There were a number of preliminary test signals sent hours and minutes leading up to the show. All these signals tested properly according to Garden State Fireworks, the fireworks company that provides the show.

"The Garden State Fireworks team will be working throughout the night to determine what technical problem caused the entire show to be launched in about 15 seconds." 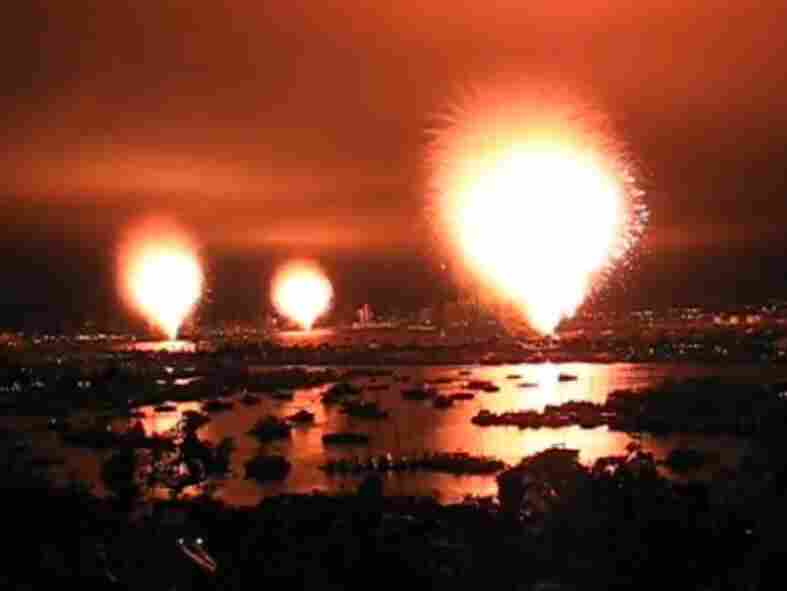 Oops. A "premature ignition" in San Diego sent an entire fireworks show off at once. YouTube.com hide caption 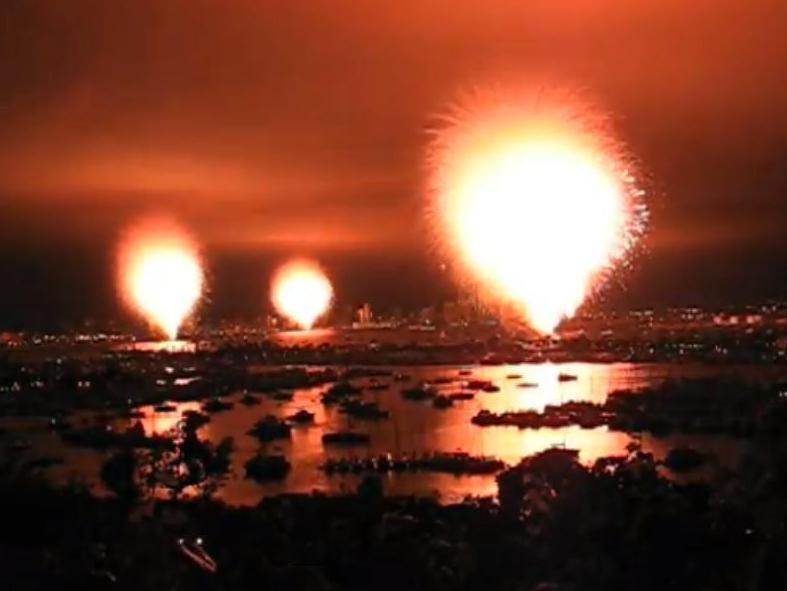 Oops. A "premature ignition" in San Diego sent an entire fireworks show off at once.