Accessibility links
Federer Dashes UK Hopes With Wimbledon Win : The Two-Way Collapsing to the ground, Roger Federer rolled right back up with a look of joy as he took in his seventh Wimbledon title on Sunday. He beat out Britain's Andy Murray 4-6, 7-5, 6-3, 6-4 in a match that electrified fans and came this close to giving the UK its first Wimbledon men's singles title since 1936. 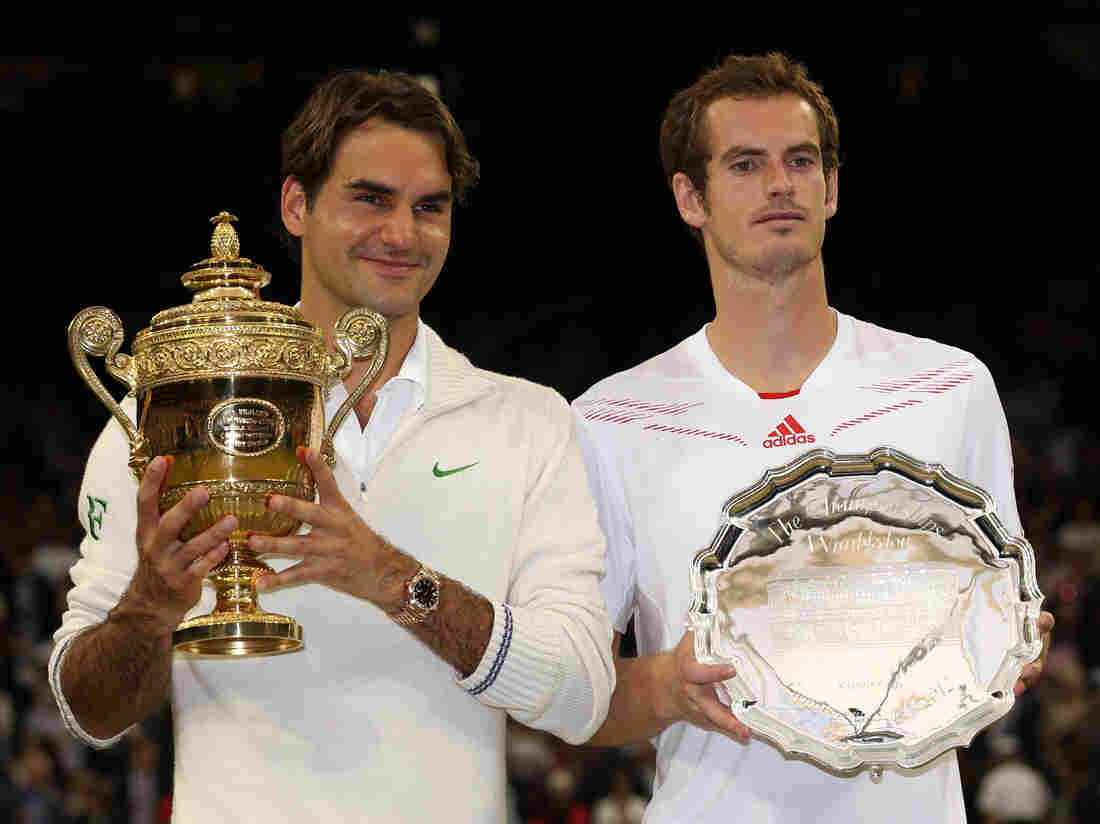 Collapsing to the ground, Switzerland's Roger Federer rolled right back up with a look of joy Sunday as he took in his record-tying seventh title at the All England Club. He beat Britain's Andy Murray 4-6, 7-5, 6-3, 6-4 in a match that electrified fans and came close to giving the U.K. its first Wimbledon men's singles title since 1936.

This makes Federer's 17th Grand Slam title in what The New York Times calls "something of a dream final, featuring one player attempting to elevate himself to higher levels than anyone has achieved, while the other hoped to finally pull his country off the mat." The Telegraph has more:

"It was a momentous win for Roger Federer, who tied Pete Sampras with seven Wimbledon titles and extended his overall grand slam record to 17."

Brits took Murray's hard-won loss with pride, cheering him stoutly as he accepted his runner-up prize — tearfully, as The Wall Street Journal reports. This was his fourth chance at a Grand Slam title. "I'm getting closer," he told the crowd as they poured on the affection.

"He lost to a better player today," wrote tennis champ and BBC commentator Boris Becker. "Most successful tennis player of all time and there's no shame in losing to Roger Federer."

Today's match was the crowning climax to a weekend that offered all the excitement any Wimbledon fan could ask for. 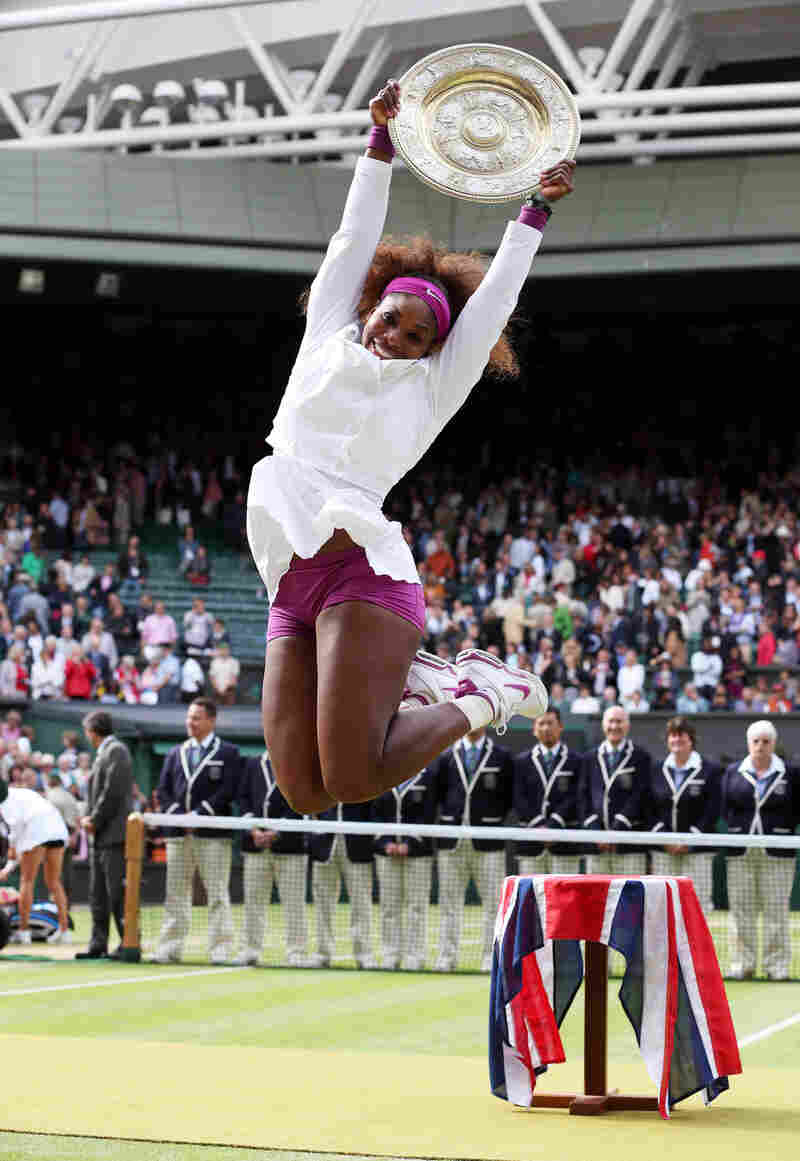 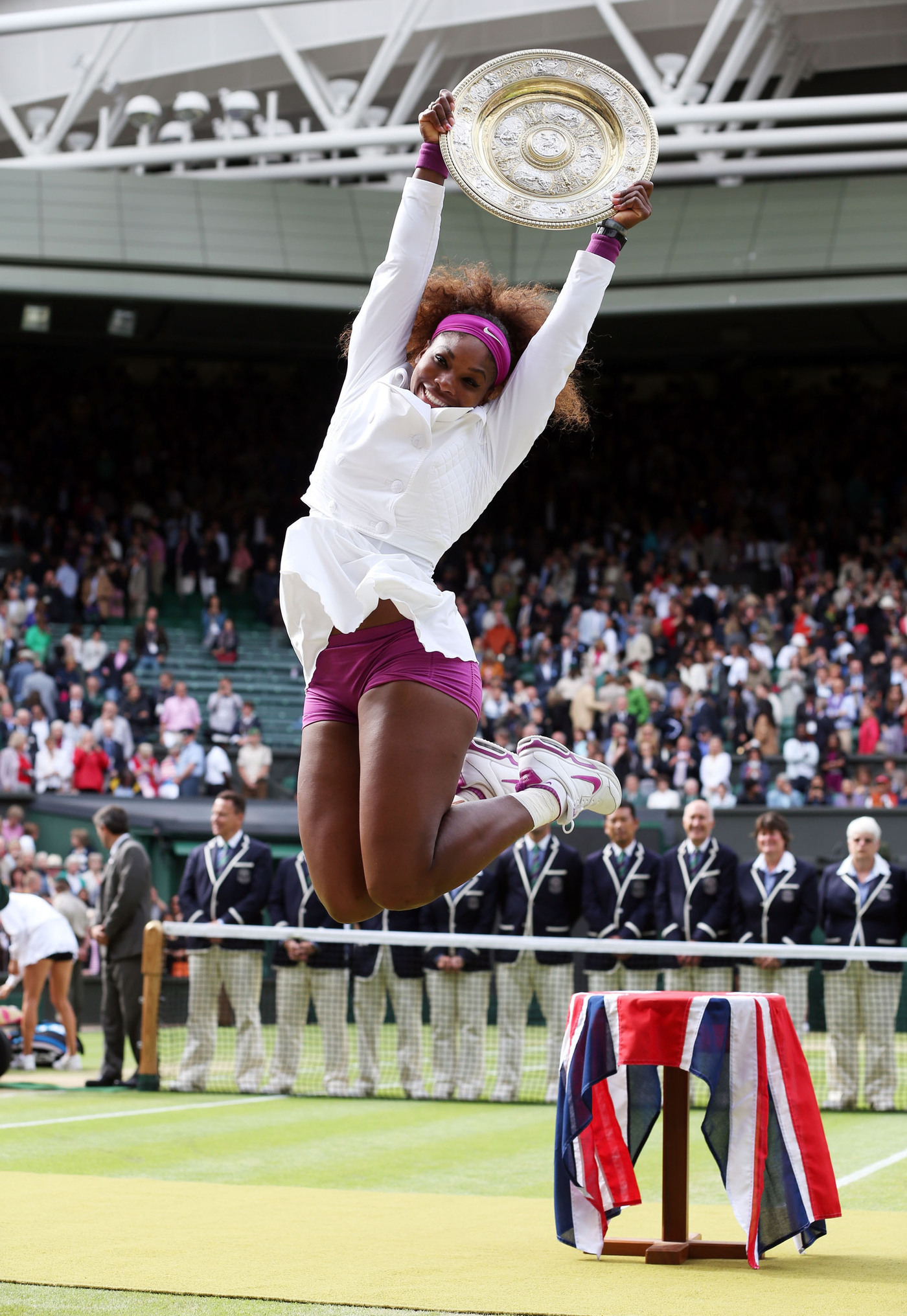 Serena Williams of the U.S. celebrates after her women's singles final match victory on Saturday at Wimbledon.

Saturday belonged to Serena Williams, who confirmed a resounding comeback with not one, but two Wimbledon titles.

Little more than six hours after taking the women's singles title against Agnieszka Radwanska of Poland, she teamed up with sister Venus to clinch the doubles. The Telegraph notes Serena Williams is the "first woman since Martina Navratilova to seize the Rosewater Dish past the age of 30."

"I'm like a fine wine," she said, with her usual coquettishness. "I keep getting better with age."