Accessibility links
In Afghanistan: Bomb Kills Six Americans; Shocking Video Of Woman's Execution : The Two-Way It was a deadly weekend. And the video of a woman being executed recalled the days when the Taliban ruled the country.

"In what was an extraordinarily violent day even by Afghan standards, separate incidents on Sunday killed seven Western troops, including six Americans who died in a single blast, along with five Afghan police officers and at least 18 civilians," the Los Angeles Times writes.

According to The Associated Press, NATO confirmed today the death of the six U.S. troops caught in the bombing. The wire service adds that "the Taliban on Monday claimed responsibility for the deaths of the six U.S. troops — the latest caused by bombs planted by insurgents along roads, paths or mountain tracks. Taliban spokesman Zabiullah Mujahid said in a statement the blast struck the U.S. troops in their armored vehicle around 8 p.m. Sunday [local time] in Wardak province, just south of Kabul."

The Times says "the 18 civilians died in three separate explosions in a small district: Arghistan, in Kandahar province, close to the Pakistani border."

Also over the weekend, a graphic video surfaced showing the public execution of a woman as men cheered in Parwan Province, north of Kabul. As The New York Times writes: 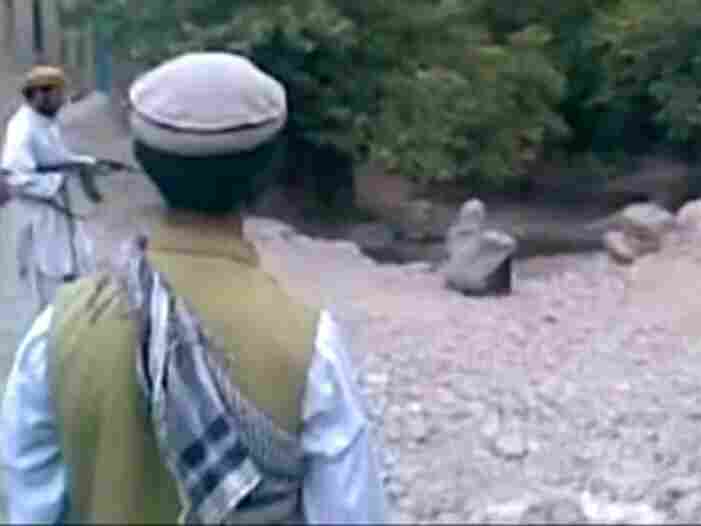 A screen grab from the video of a public execution reportedly carried out last month in Afghanistan. The victim is sitting with her back to the executioner, who is at left. Agence France Presse hide caption 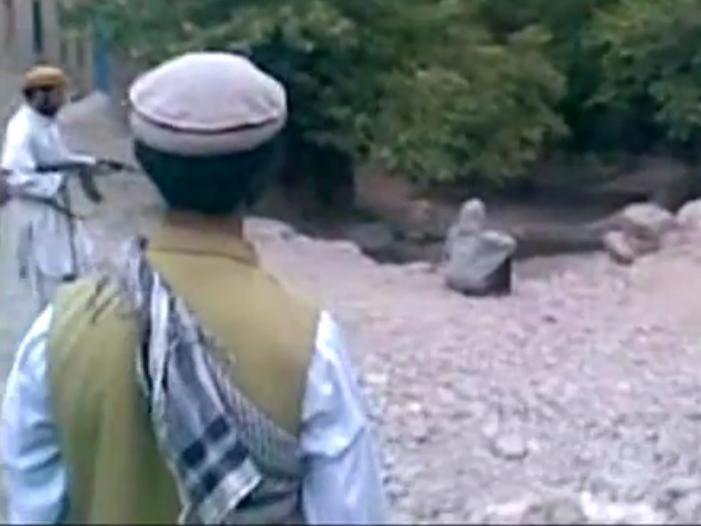 A screen grab from the video of a public execution reportedly carried out last month in Afghanistan. The victim is sitting with her back to the executioner, who is at left.

"The scene that Afghan officials say was caught on video last month near Kabul was as horrific as it was once common in Afghanistan: a Taliban fighter executing a woman with repeated shots to the back of her head as his compatriots and scores of villagers watch, and then cheer. The crime the woman was accused of: adultery."

There are many copies of the video posted on YouTube and by other news organizations. It is not difficult to find. Agence France Presse has posted a version in which the screen goes black as the shots are fired. Still, be warned that the content will be disturbing to many.

"Let's be clear, this wasn't justice, this was murder, and an atrocity of unspeakable cruelty. The Taliban's continued brutality toward innocent civilians, particularly women, must be condemned in the strongest terms."