Accessibility links
North Korea, Kim Jong-un : The Two-Way Video from Pyongyang shows Kim Jong Un enjoying the show as bogus cartoon characters danced. Next to him was a woman who has caused much speculation. Is she his wife or his sister? 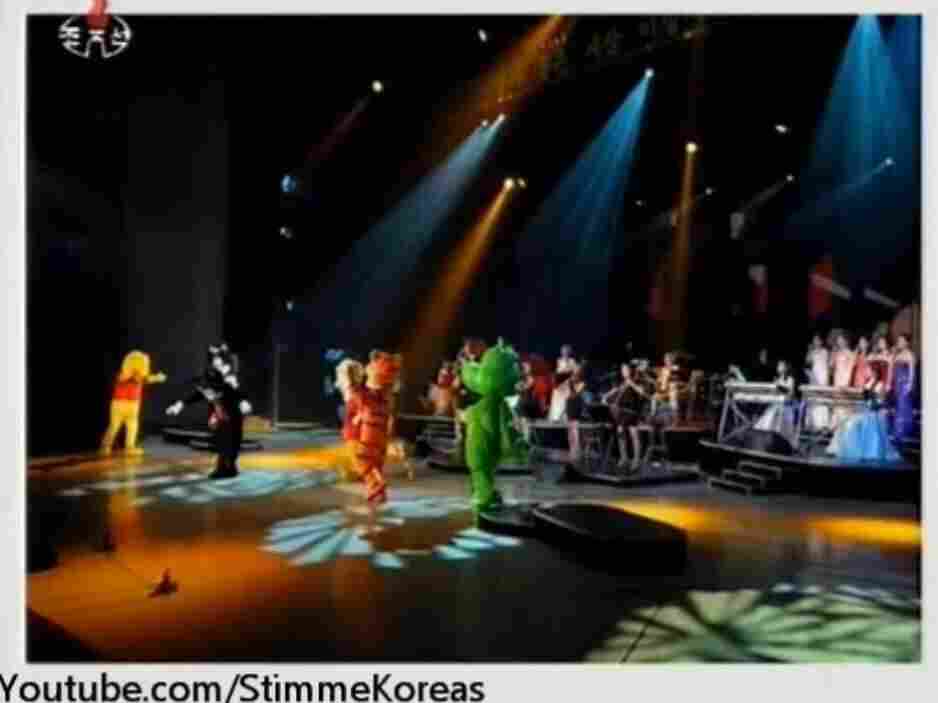 An image from a video posted by StimmeKoreas, which in turn came from North Korea official media, showing some of the dancing (fake) Disney characters at Friday's performance. YouTube.com hide caption 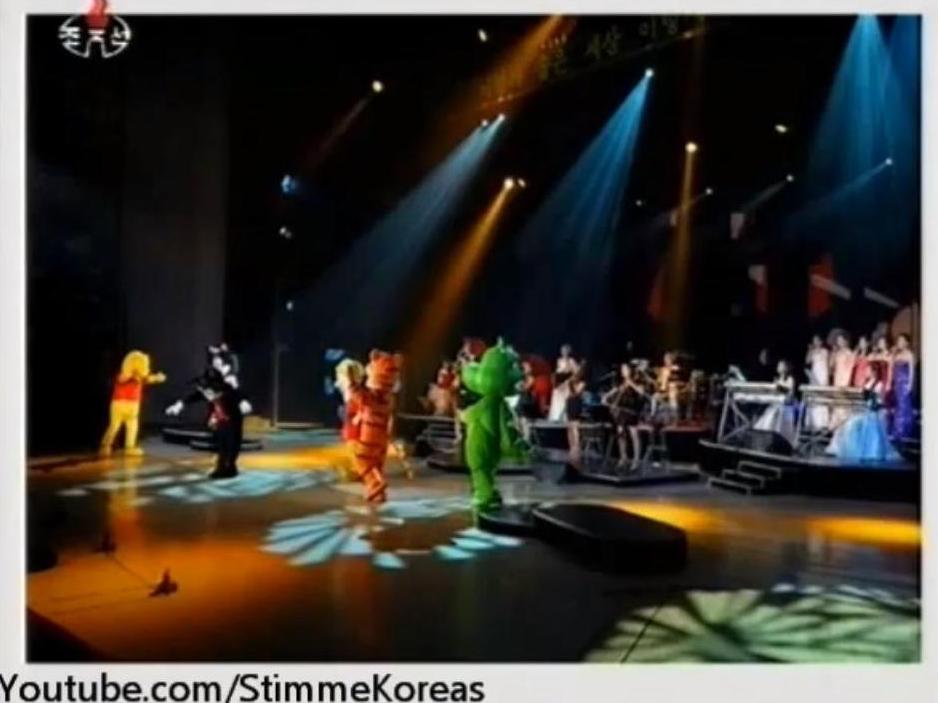 An image from a video posted by StimmeKoreas, which in turn came from North Korea official media, showing some of the dancing (fake) Disney characters at Friday's performance.

Two story lines are emerging from reports about a concert staged Friday in Pyongyang, North Korea, at which new leader Kim Jong Un had a front-row seat:

-- Bogus Disney characters, including a fake Mickey Mouse, Minnie Mouse and Winnie the Pooh, "were seen dancing on state TV, along with violin players in miniskirts," the BBC writes.

This in a country that, as the BBC adds, "has long taken pains to keep popular culture out of its media" and which was embarrassed in 2001 when one of the late Kim Jong Il's other sons tried to fake his way into Japan so that he could visit Tokyo Disneyland.

The U.K.'s Telegraph has put together a short version of the official North Korean video and has added English subtitles about the performance.

-- A "mystery woman," who may be Kim Jong Un's wife, was seen sitting next to the young leader. Or, as The Wall Street Journal writes, it could be he's "hanging out with his sister a lot these days."

It seems, the Journal says, that there's speculation the woman is either "Mr. Kim's younger sister, Kim Yo Chong" or that "she may be Hyon Song Wol, former singer in a popular group called Bochonbo Electronic Music Band." And there's further speculation that Kim Jong Un may have married the singer.

Since North Korea's official news outlets say so little about the leader's family, it may be some time before it's known for sure who she is.

If these bits of news are signs that Kim Jong-un is thinking about making his reclusive country a bit more open to the rest of the world, then perhaps this report from South Korea's Yonhap News is as well:

"North Korean leader Kim Jong-un has called on the reclusive communist state to try to catch up with "global trends" in upgrading the country's industries, amid rumors the young Swiss-educated leader could institute economic reforms."