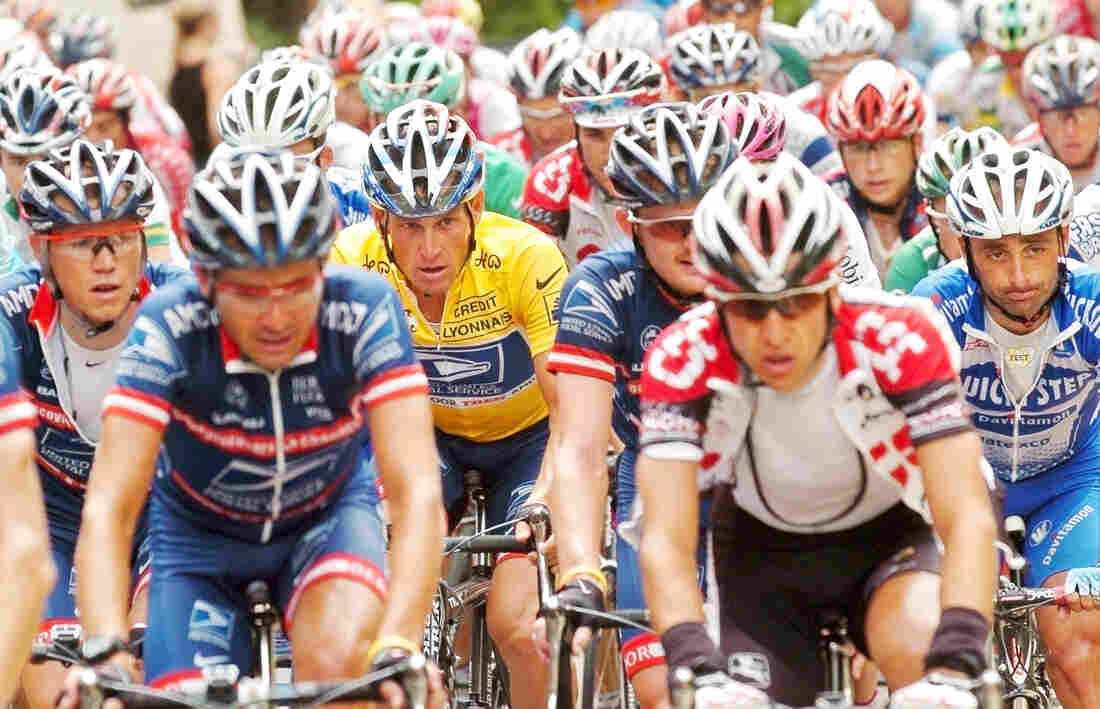 Lance Armstrong, rear left in yellow jersey, rides in the pack flanked by his US Postal Service teammates during the 18th stage of the Tour de France in 2004. Christophe Ena /AP hide caption Lance Armstrong, rear left in yellow jersey, rides in the pack flanked by his US Postal Service teammates during the 18th stage of the Tour de France in 2004.

Two doctors and a trainer affiliated with seven-time Tour de France winner Lance Armstrong have received lifetime bans from the sport because they failed to contest allegations that they violated doping bans.

As we've reported, the case against Armstrong has intensified. Yesterday, Armstrong asked a federal court to put the charges against him on hold. The court dismissed the suit, but said he could refile.

The USADA gave all those charged — including Armstrong — 10 days to decide whether they would fight the charges or accept the sanctions.

In a press release, USADA said the two doctors administered banned substances to members of the USPS team.

Ferrari, the USADA says, was involved in administering EPO and developing
"detailed training schedules for riders which included coded symbols designating when EPO should be used and the amount of the drug to inject."

Martí, the USADA says, delivered the banned substances — including EPO, human growth hormone, testosterone and cortisone — to the cyclists.

"A Lifetime period of Ineligibility as described in the Code prevents these individuals from participating in any activity or competition organized by any signatory to the [WADA] Code or any member of any signatory," the USADA said in a statement.

As ESPN explains it, the U.S. Postal Service spent $31.9 million to sponsor Armstrong's cycling team during "its glory years of 2001 to 2004." Armstrong won his first Tour de France title in 1999. Armstrong has always maintained he is innocent.