Accessibility links
Train Derailment In Columbus, Ohio Triggers Explosion : The Two-Way A train derailed in Columbus, Ohio overnight, causing an explosion and fire. The train carried hazardous materials but the most dangerous chemical didn't catch fire. The cause of the crash isn't known. 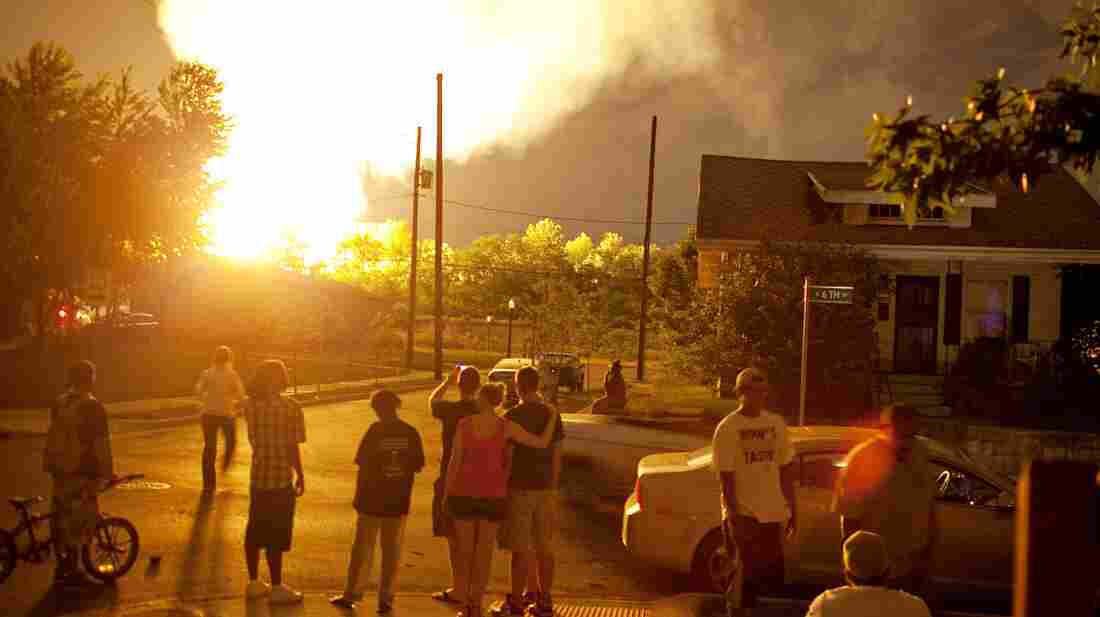 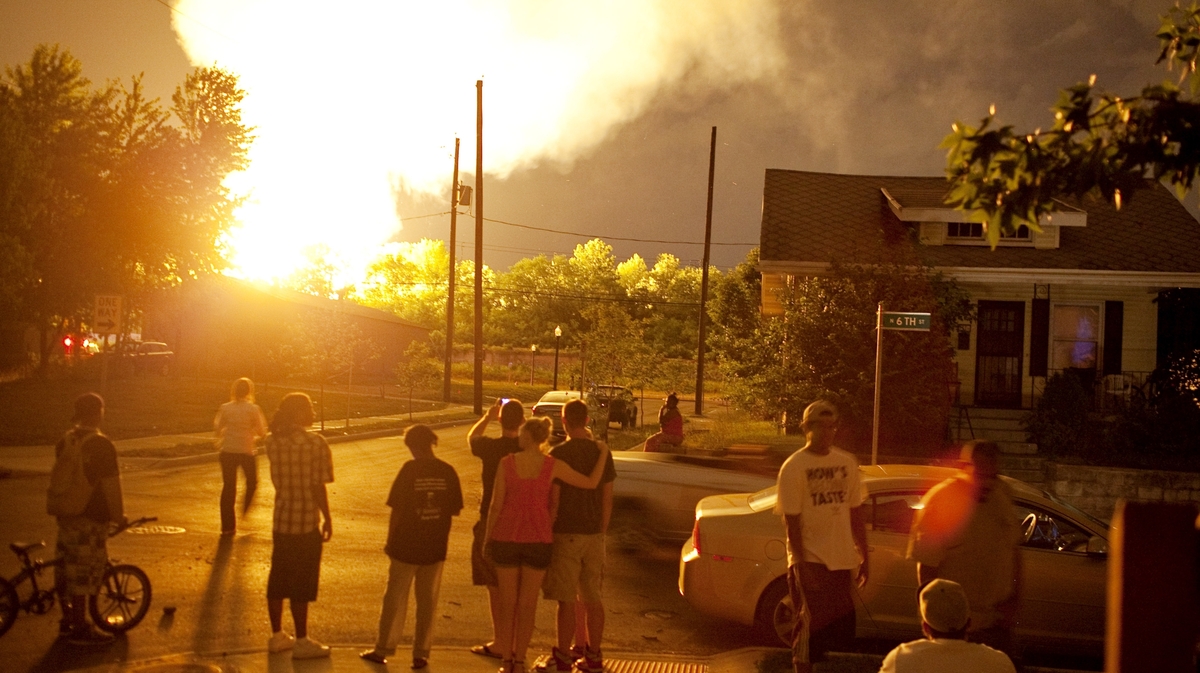 Neighbors watch a fire from a train derailment in Columbus, Ohio.

A train carrying hazardous material derailed in Columbus, Ohio overnight and boxcars caught fire. The Norfolk Southern freighter was outbound for Chicago when it jumped the tracks about 2:00 a.m.

The crash and explosion lit up the darkness as nearby residents came outside to see what happened. Columbus fire chief Michael Fowler says there were 98 cars on the train which was carrying some "alcoholic" material. The Columbus Dispatch reports that's ethanol. The report adds the train also carried styrene, a dangerous chemical but officials say that didn't ignite.

Just in case, fire officials evacuated about 100 people from their homes. The Dispatch reports they're expected to return home later today. The cause of the accident isn't known.