Accessibility links
Drought Disasters Declared In More Counties : The Two-Way The designation means many farmers will qualify for emergency loans. By some measures, the drought is the worst the nation's suffered in more than 50 years. 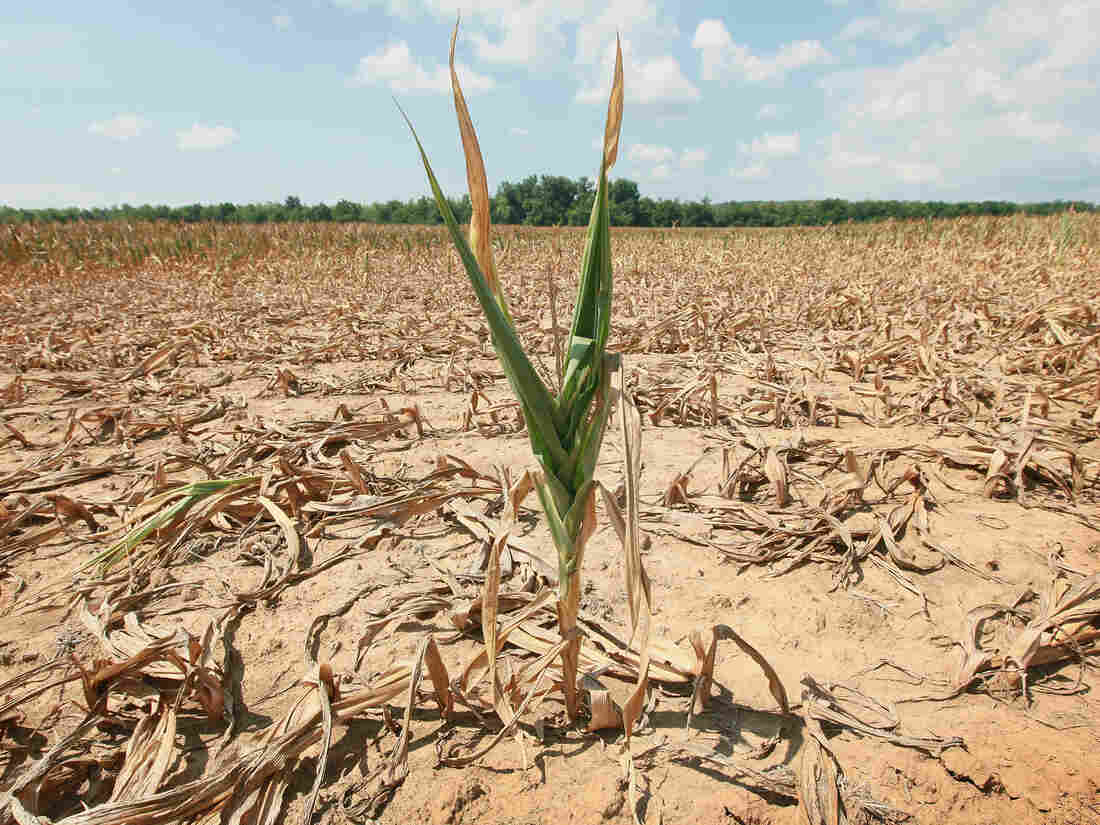 A corn plant that was struggling to survive this week in a drought-stricken farm field near Shawneetown, Ill. Scott Olson/Getty Images hide caption 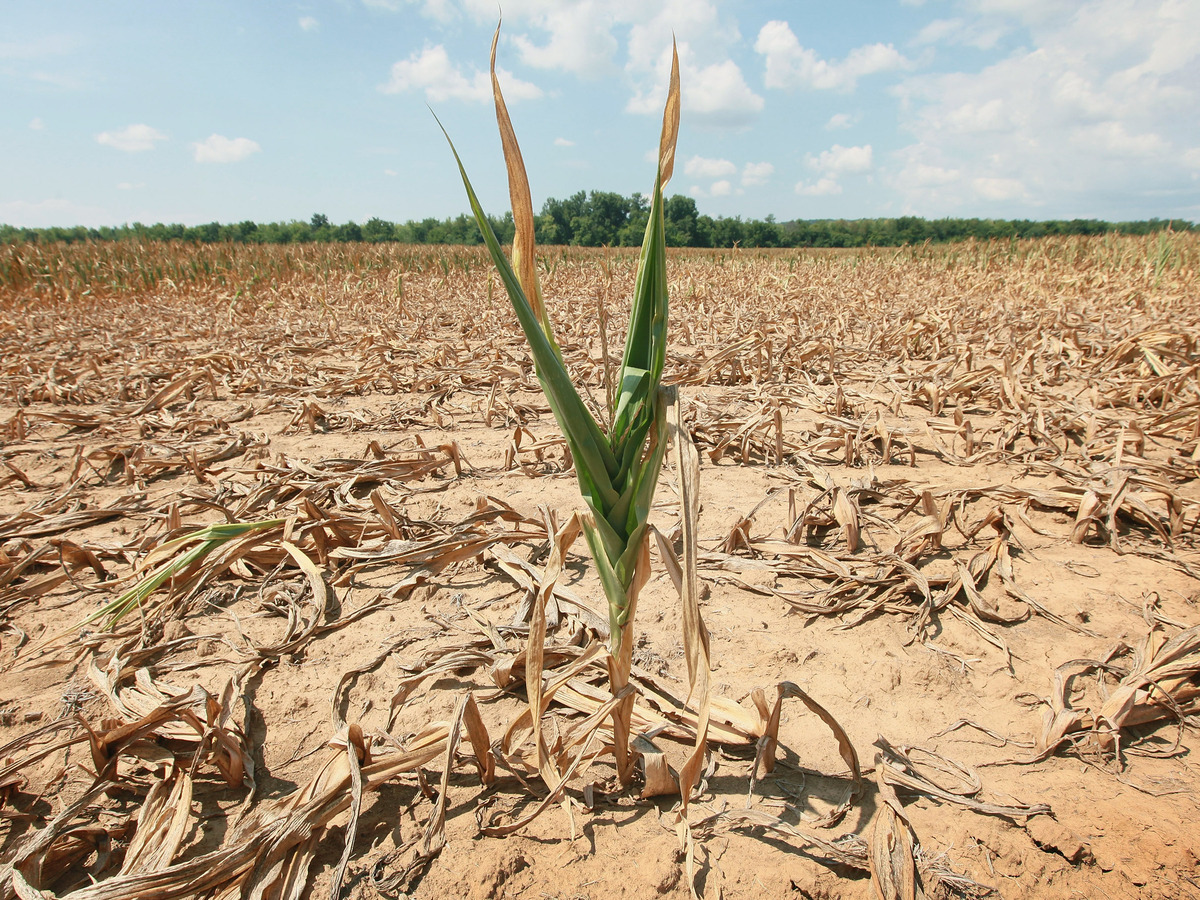 A corn plant that was struggling to survive this week in a drought-stricken farm field near Shawneetown, Ill.

With the addition of 29 counties in eight states today, there are now 1,297 counties across the nation so stricken by drought and heat that they've been declared natural disaster areas, Agriculture Secretary Tom Vilsack just announced. That's about one-third of all U.S. counties, he said.

In a statement posted by his department and during a briefing now underway at the White House, Vilsack noted that despite the dry conditions and scorching temperatures, forecasters still expect farms will produce "the third-largest corn crop in U.S. history" because more was planted this year than during other droughts.

But, he said, "every day that goes by without rain" makes things worse. He called on Congress to "pass a food, farm and jobs bill that ensures a robust safety net for producers in times of need."

Once counties are designated as disaster areas, agriculture says, that makes "all qualified farm operators in the areas eligible for low-interest emergency loans."

As Ohio farmer Bryn Bird told All Things Considered on Tuesday, many growers who produce specialty crops such as sweet corn — instead of commodity crops — can't get insurance. "We're looking at pretty much a $30,000 to $40,000 loss this year," she said.

Our earlier post: Drought In U.S. Now Worst Since 1956; Food Prices To Spike, Economy To Suffer.