Accessibility links
The Tragedy of Jessica Ghawi: Spared In Toronto, She Died In Colorado Shooting : The Two-Way She said the bloodshed she witnessed in Toronto had taught her to cherish every moment in life. 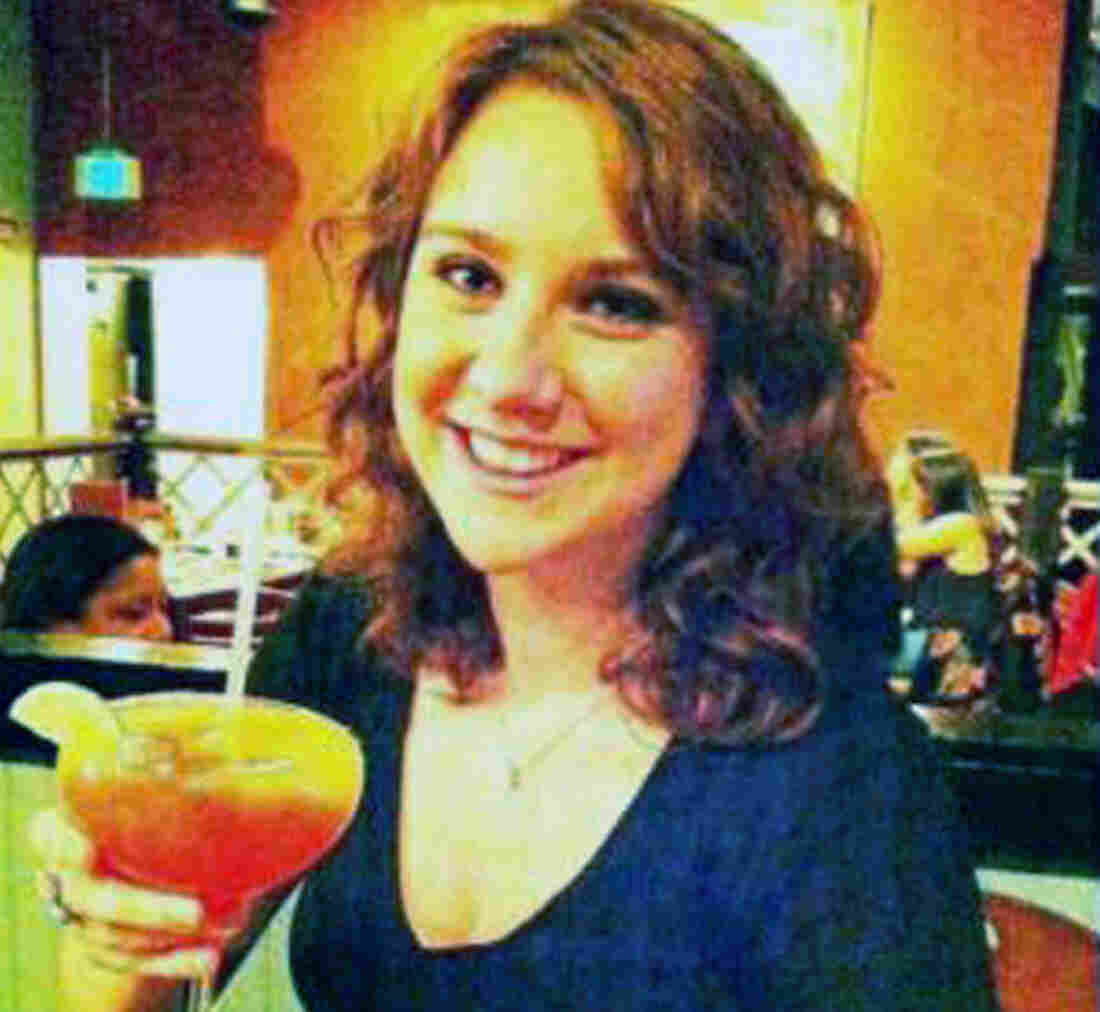 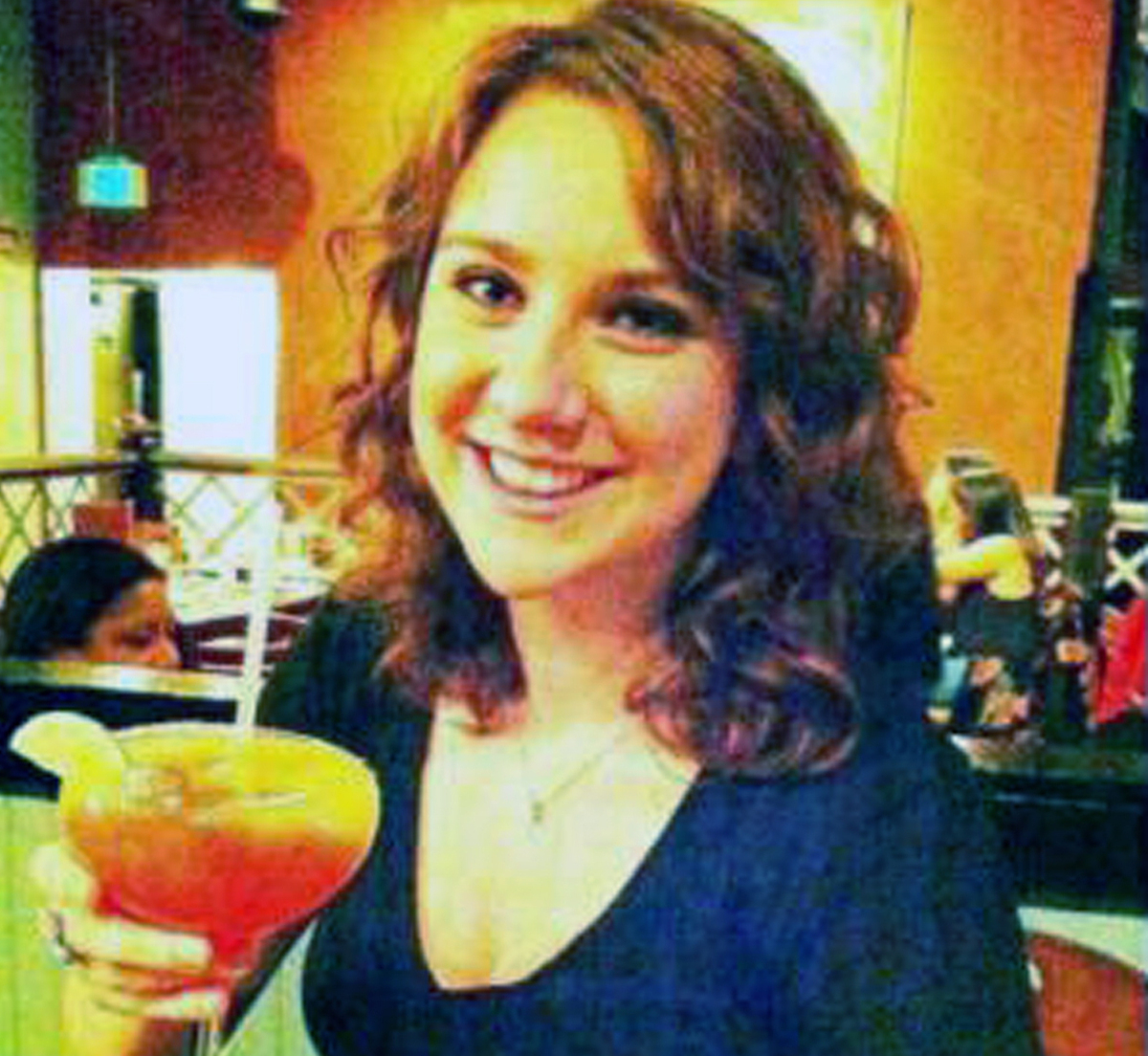 By just minutes, Jessica Ghawi escaped a mass shooting in Toronto, last month. She chronicled the experience on her blog.

She wrote that at 6:20 p.m., she bought a burger but instead of sitting down to eat it at the Eaton Centre food court, she went outside to get some fresh air.

"The gunshots rung out at 6:23," she wrote. "Had I not gone outside, I would've been in the midst of gunfire."

She found herself surrounded by the kind of scene we're seeing today in Aurora, Colo.: Police, EMTs rushing to control chaos and bloodshed.

"I was shown how fragile life was on Saturday," Jessica, who went by the last name Redfield professionally, wrote. "I saw the terror on bystanders' faces. I saw the victims of a senseless crime. I saw lives change. I was reminded that we don't know when or where our time on Earth will end. When or where we will breathe our last breath."

Unfortunately, her brother Jordan Ghawi said today that the coroners office of Aurora has told him his sister had died in today's shooting. On his own blog, he says he got the call at around 2 a.m.

He spoke to Jessica's friend, Brent, who was at the premiere of The Dark Knight with her.

According to Ghawi, Brent described the scene many witnesses also saw. A man came in mid-movie and tossed a gas canister into the theater. He opened fired and Jessica took one shot and then another which "appeared to strike her head."

Ghawi, who flew to Denver from Texas after he heard the news, gave an interview to KUSA9. He was calm, composed. He wanted to move the focus from the tragedy to Jessica's life.

"My sister is a fighter... she's listened to her heart," Ghawi said. "I want people to remember that heart and remember the good things that she's done; remember that smile and what her possibilities, what her prospectives, what she could have done in the future.

"This isn't about polarizing debate or politicizing an event. This is a celebration of these who have been wounded or killed in these attacks. It's time that we focus on that and attempt to move forward," Ghawi added.

According to The Toronto Star, Peter Burns, morning show host of Denver's Mile High Sports, described Jessica as a "vibrant and full of life." She was a die-hard hockey fan.

Burns said she dreamed of starting a charity to help the victims of the Colorado wildfires.

"Even if she could just help three or four families, that would have been great. That was the kind of person she was," he said.

The station where she interned, 104.3 The Fan, said she was an "aspiring sportscaster." On Twitter she was cutting and funny. Her brother posted a video on YouTube that showed that in interviews, she had a wicked sense of humor.

After the incident in Toronto, Jessica wrote that it taught her to appreciate every moment of life.

"I say all the time that every moment we have to live our life is a blessing. So often I have found myself taking it for granted. Every hug from a family member. Every laugh we share with friends. Even the times of solitude are all blessings. Every second of every day is a gift. After Saturday evening, I know I truly understand how blessed I am for each second I am given," she concluded.