Accessibility links
Aurora Rampage Joins Grim List Of Worst Mass Shootings : The Two-Way It's become part of the story to say that the rampage in Colorado is one of the deadliest such attacks in the nation's history. The list of tragedies shows that's unfortunately true. 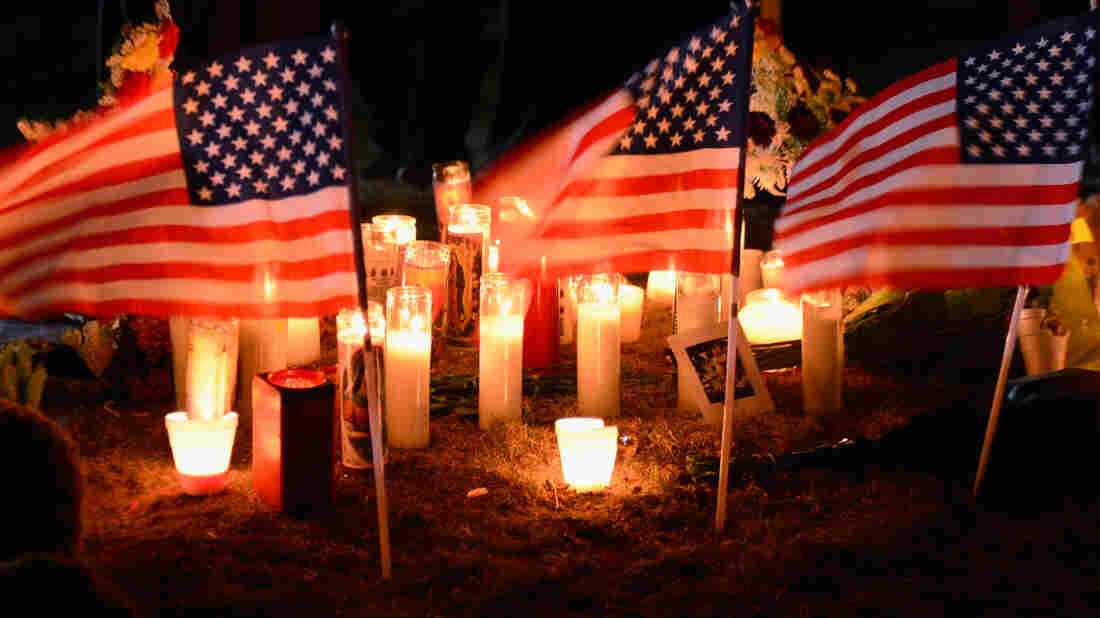 A memorial outside the movie theater in Aurora, Co., where 12 people died and about 58 were wounded by a gunman early Friday. Kevork Djansezian/Getty Images hide caption 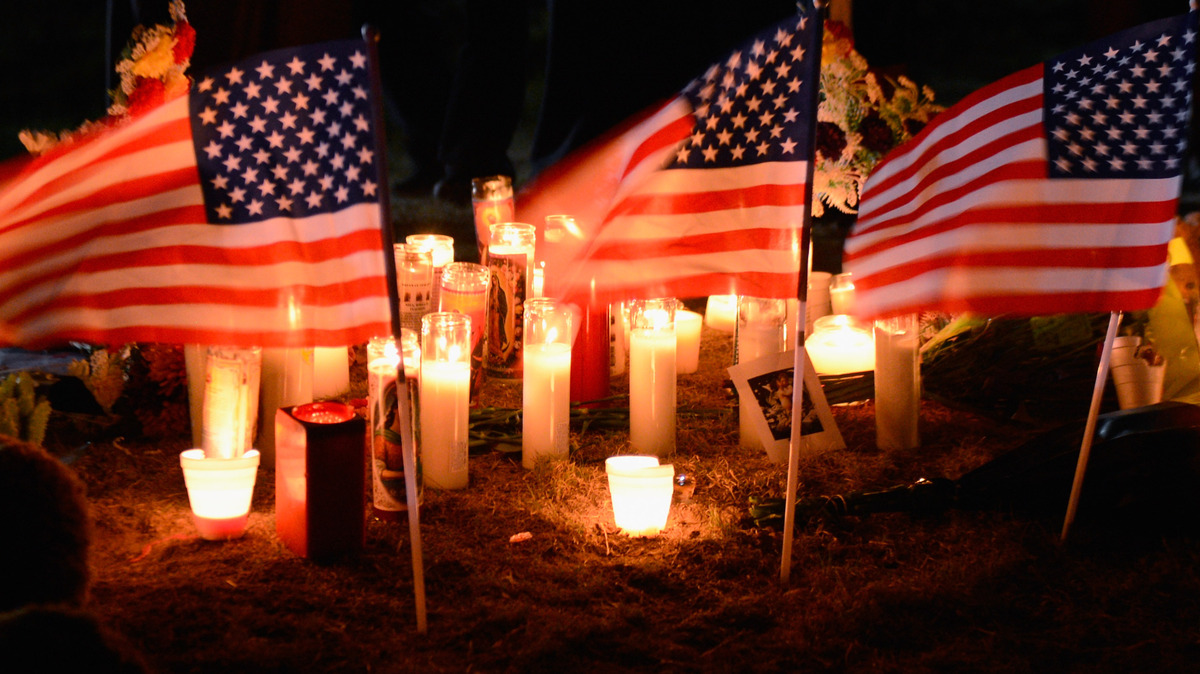 A memorial outside the movie theater in Aurora, Co., where 12 people died and about 58 were wounded by a gunman early Friday.

When tragedies happen, comparisons are always made to past events. It's become part of the news coverage of the Aurora, Colo., theater rampage to refer to it as "one of the deadliest mass shootings in recent U.S. history," as The Associated Press says.

The wire service has a list — "Some of the world's worst mass shootings" — that includes many that happened in the U.S.:

-- Fort Hood. "Nov. 5, 2009: Thirteen soldiers and civilians were killed and more than two dozen wounded when a gunman walked into the Soldier Readiness Processing Center at Fort Hood, Texas, and opened fire. Army psychiatrist Maj. Nidal Hasan is charged with 13 counts of premeditated murder and 32 counts of attempted premeditated murder."

-- Columbine. "April 20, 1999: Students Eric Harris, 18, and Dylan Klebold, 17, opened fire at Columbine High School in Littleton, Colo., killing 12 classmates and a teacher and wounding 26 others before killing themselves in the school's library."

-- Luby's Cafeteria. "Oct. 16, 1991: A deadly shooting rampage took place in Killeen, Texas, as George Hennard opened fire at a Luby's Cafeteria, killing 23 people before taking his own life. 20 others were wounded in the attack."

Meanwhile, there's also this horrible news from one year ago Sunday about a mass killing overseas:

-- Norway. "July 22, 2011: Confessed mass killer Anders Behring Breivik kills 77 in Norway in twin attacks: a bombing in downtown Oslo and a shooting massacre at a youth camp outside the capital."

Our coverage of the Norway attack the day it happened is here.