Accessibility links
Sally Ride, First American Woman In Space, Is Dead : The Two-Way Ride was a Ph.D. candidate at Stanford when she answered an ad to become a NASA astronaut. She became the first American woman in space when she blasted off in the space shuttle Challenger in 1983.

In 1983, Sally Ride became the first American woman in space. She blasted off aboard Challenger, culminating a long journey that started in 1977 when the Ph.D. candidate answered an ad seeking astronauts for NASA missions.

In a lecture she gave at Berkeley, Ride said she saw the ad on Page 3 of the student newspaper.

"The moment I saw that ad, I knew that's what I wanted to do," she said.

Ride died today in La Jolla, Calif., after a 17-month battle with pancreatic cancer, her company said on its website.

According to her official biography, by the time Ride decided to apply to become an astronaut, she had already received degrees in physics and English and was on her way to a Ph.D. in physics from Stanford University. 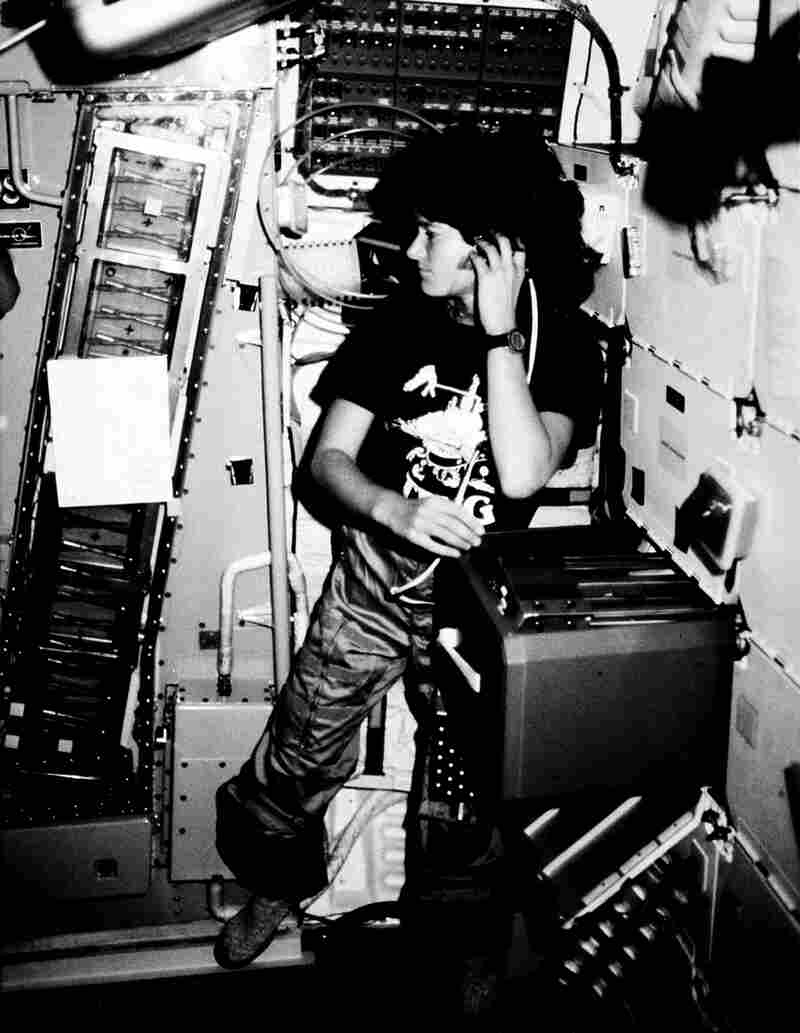 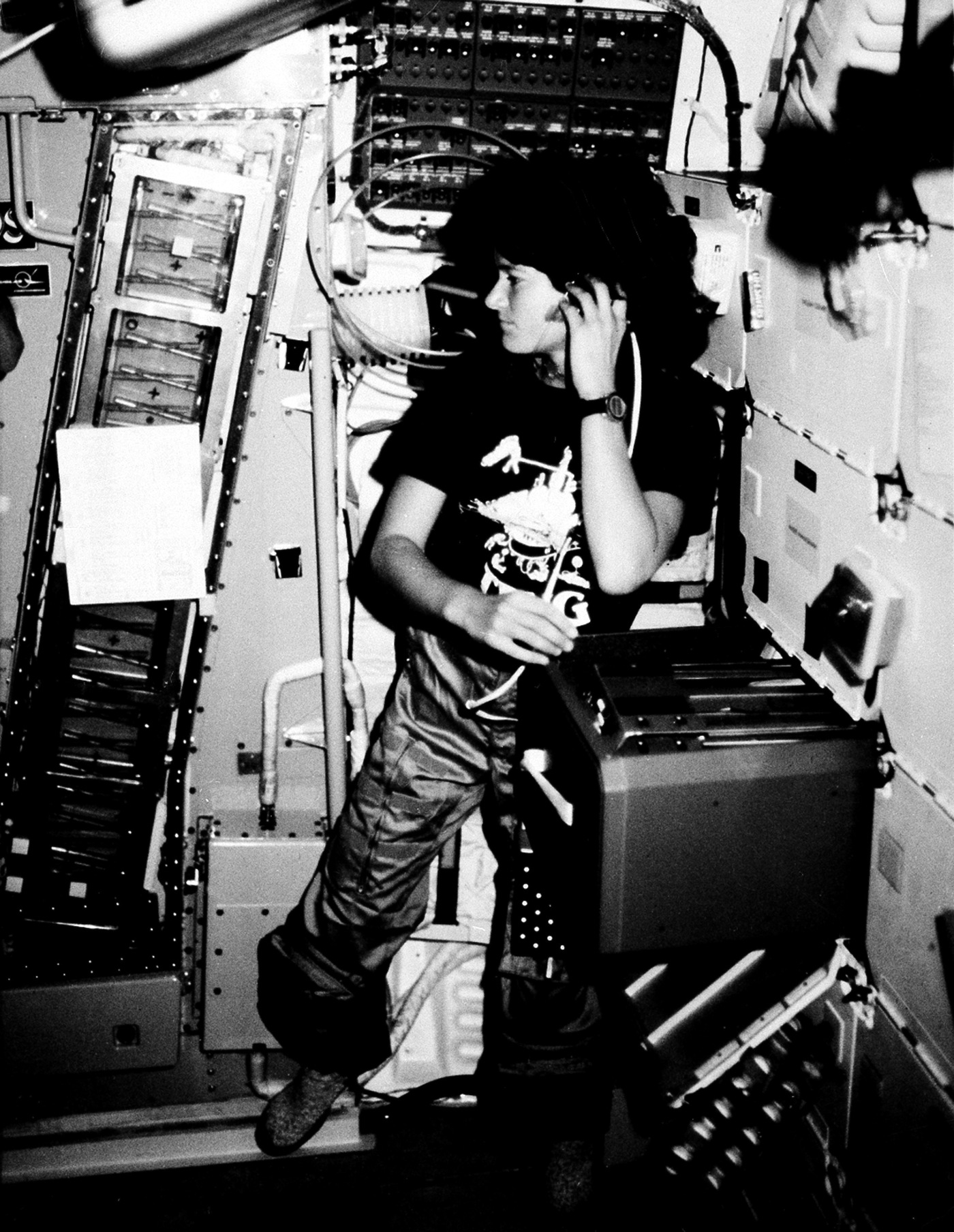 According to her NASA biography, Ride went back into space in October of 1984. She was assigned to another mission after that, but it was scrapped after the shuttle Challenger disaster in 1986.

Steve Inskeep spoke to Ride after the Columbia disaster in 2003. She said despite the tragedies humans would continue their exploration.

"Studying whether there's life on Mars or studying how the universe began, there's something magical about pushing back the frontiers of knowledge," she said. "That's something that is almost part of being human and I'm certain that will continue."

Ride served on the presidential commission investigating the Challenger accident. After a stint as a professor of physics at the University of California, San Diego, Ride founded Sally Ride Science. As NASA puts it, the company allowed her to "pursue her long-time passion of motivating girls and young women to pursue careers in science, math and technology."

Ride was born in Encino, Calif., on May 26, 1951. Karen O'Connor, who chronicled her early life in Sally Ride and the New Astronauts, described her as a "tomboy," racing her father for the sports section of the newspaper when she was 5 years old.

Becoming an astronaut had a bit to do with luck. The same year she started job hunting, NASA opened up its space program to women.

"Sally Ride broke barriers with grace and professionalism – and literally changed the face of America's space program," NASA Administrator Charles Bolden said in a statement. "The nation has lost one of its finest leaders, teachers and explorers. Our thoughts and prayers are with Sally's family and the many she inspired. She will be missed, but her star will always shine brightly."

In an interview with NASA celebrating the 25th anniversary of her flight, Ride described the awesomeness of space.

"When the space shuttle's engines cut off, and you're finally in space, in orbit, weightless ... I remember unstrapping from my seat, floating over to the window, and that's when I got my first view of Earth. Just a spectacular view, and a chance to see our planet as a planet," she said.

"I could see coral reefs off the coast of Australia. A huge storm swirling in the ocean. I could see an enormous dust storm building over northern Africa ... just unbelievable sights."

Ride is survived by Tam O'Shaughnessy, her partner of 27 years, her mother, Joyce; her sister, Bear; her niece, Caitlin; and her nephew, Whitney.

He said that among great women, Ride emerged as one of the best. She didn't seem like the type to go after breaking barriers, he said, but she did.

"[She] proved that young women could do anything they wanted to do," Crippen said.

We'll add audio of the full conversation at the top of this post in a little bit.

In its obituary, NASA quotes Ride remembering that first flight. She said everyone knew as soon as she was selected for the crew that she would be the first American woman in space.

She said there were "huge expectations" with that role, so she was taken to the office of then-NASA Flight Director Chris Kraft.

"He wanted to have a chat with me and make sure I knew what I was getting into before I went on the crew. I was so dazzled to be on the crew and go into space I remembered very little of what he said," Ride said.