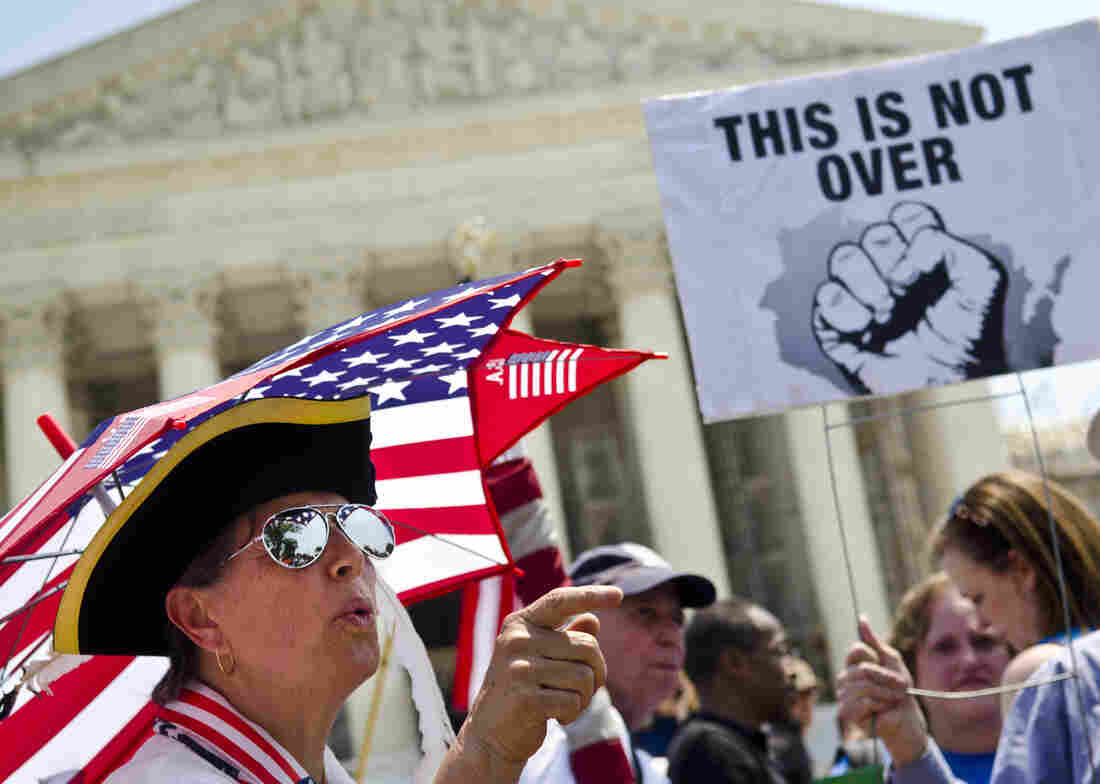 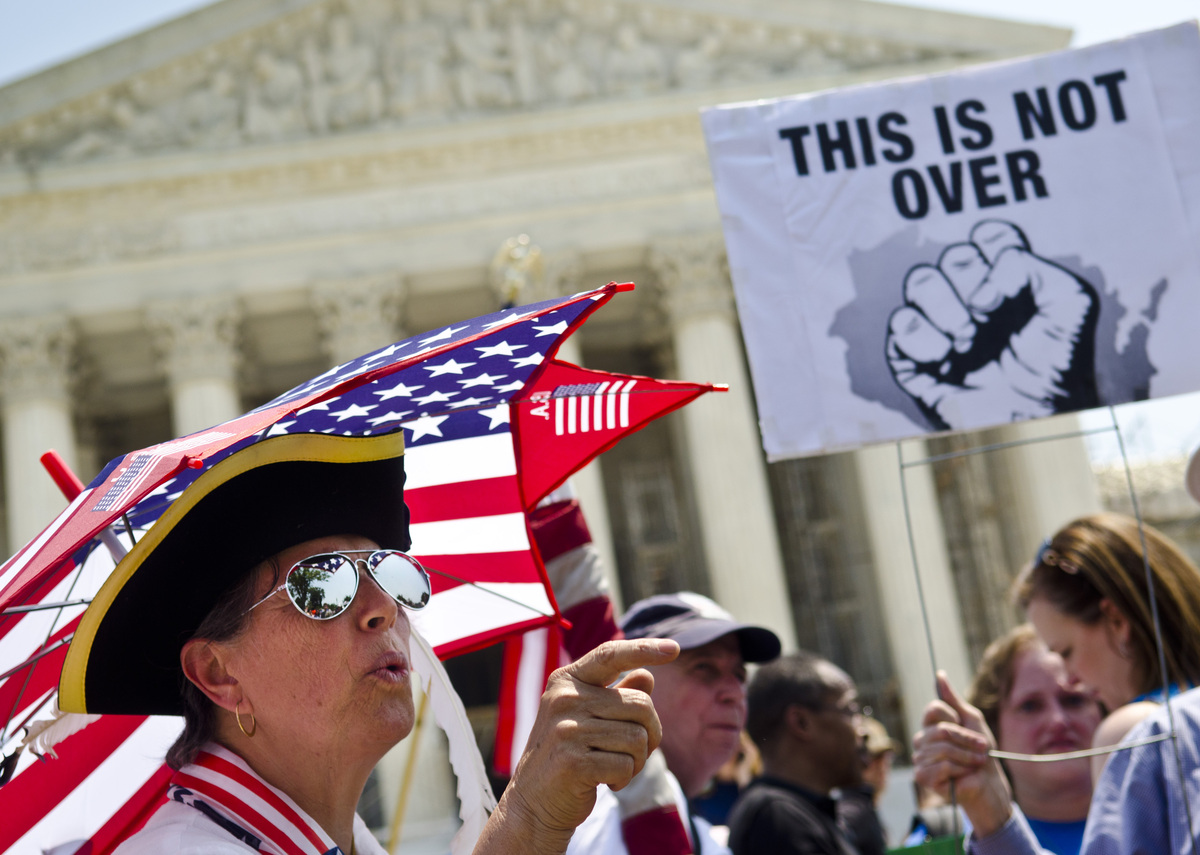 Susan Clark argues with another protester about the Affordable Care Act outside the U.S. Supreme Court.

A new report from the Congressional Budget Office finds that the Supreme Court ruling on President Obama's health care law will save the government $84 billion over the next 11 years.

While the Supreme Court upheld the Affordable Healthcare Act, it also said it was up to states to choose whether to participate in an expansion of Medicaid.

That $84 billion in savings, the non-partisan CBO explained, comes from predictions that fewer states will enroll in the program.

The Congressional Budget Office also analyzed H.R. 6079 at the request of House speaker John Boehner, a Republican from Ohio. The bill, which would repeal ACA, has become a central campaign promise in the presidential contest. Republican Presidential candidate Mitt Romney said that repeal would be something he would do on day one, if elected president.

The CBO says that a repeal of Obamacare would actually increase the deficit by $109 billion.

Here's how the CBO explains it in a letter to Boehner (pdf):

"In total, CBO and JCT estimate that H.R. 6079 would reduce direct spending by $890 billion and reduce revenues by $1 trillion over the 2013–2022 period, thus adding $109 billion to federal budget deficits over that period."

"What we know from today's CBO report, as well as from similar reports from CBO and the Medicare actuary, is that the new health care law is dramatically increasing health care spending and costs – costs to our economy, costs to taxpayers, and costs to states. In addition, today's report also shows that taxes will increase by more than $1 trillion under Obamacare. The House has already acted to repeal this deeply flawed law and the Senate should do the same."