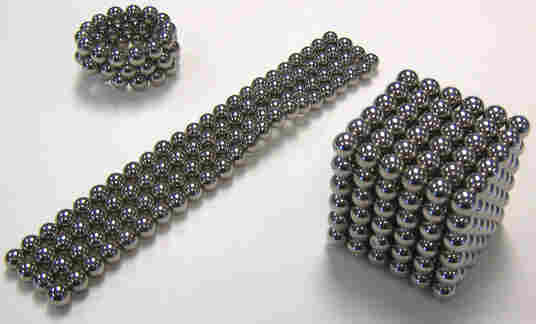 The Consumer Product Safety Commission has issued its first stop-sale order in 11 years, saying the magnetic toys called Buckyballs "pose a substantial risk of injury to the public," Reuters is reporting.

The CPSC has been trying to curb injuries with this toy since 2010, when it issued a recall of Buckyballs intended for those 14 years and younger. But those efforts haven't helped, the agency said when it announced that it has filed a complaint seeking to stop the company from selling the product.

"Since 2009, CPSC staff has learned of more than two dozen ingestion incidents, with at least one dozen involving Buckyballs," the CPSC said in a statement. "Surgery was required in many of incidents. The Commission staff alleges in its complaint that it has concluded that despite the attempts to warn purchasers, warnings and education are ineffective and cannot prevent injuries and incidents with these rare earth magnets."

Children, the CPSC said, have been injured when they swallow more than one magnet and the magnets are then attracted to each other while in the intestines.

"Maxfield and Oberton must cease importation and distribution of the magnets and issue refunds as part of the ruling, according to the panel's complaint. The company must also tell retailers to stop distributing the toys.

"Maxfield and Oberton founder and Chief Executive Craig Zucker said his company marketed the magnets to adults and teenagers and the CPSC held the "absurd position" that warnings did not work.

"'We will vigorously fight this action taken by President Obama's handpicked agency,' he said in an emailed statement."

USA Today reports that major retailers, including Amazon, Brookstone and Urban Outfitters have agreed to stop carrying the products.