Accessibility links
Thanks For The Mariners Memories: Ben Gibbard's 'Ichiro's Theme' : The Two-Way The Death Cab for Cutie singer is a long-time fan of Seattle's baseball team. With superstar Ichiro Suziki's trade to the Yankees, his tribute in song has new meaning.

Thanks For The Mariners Memories: Ben Gibbard's 'Ichiro's Theme'

Thanks For The Mariners Memories: Ben Gibbard's 'Ichiro's Theme' 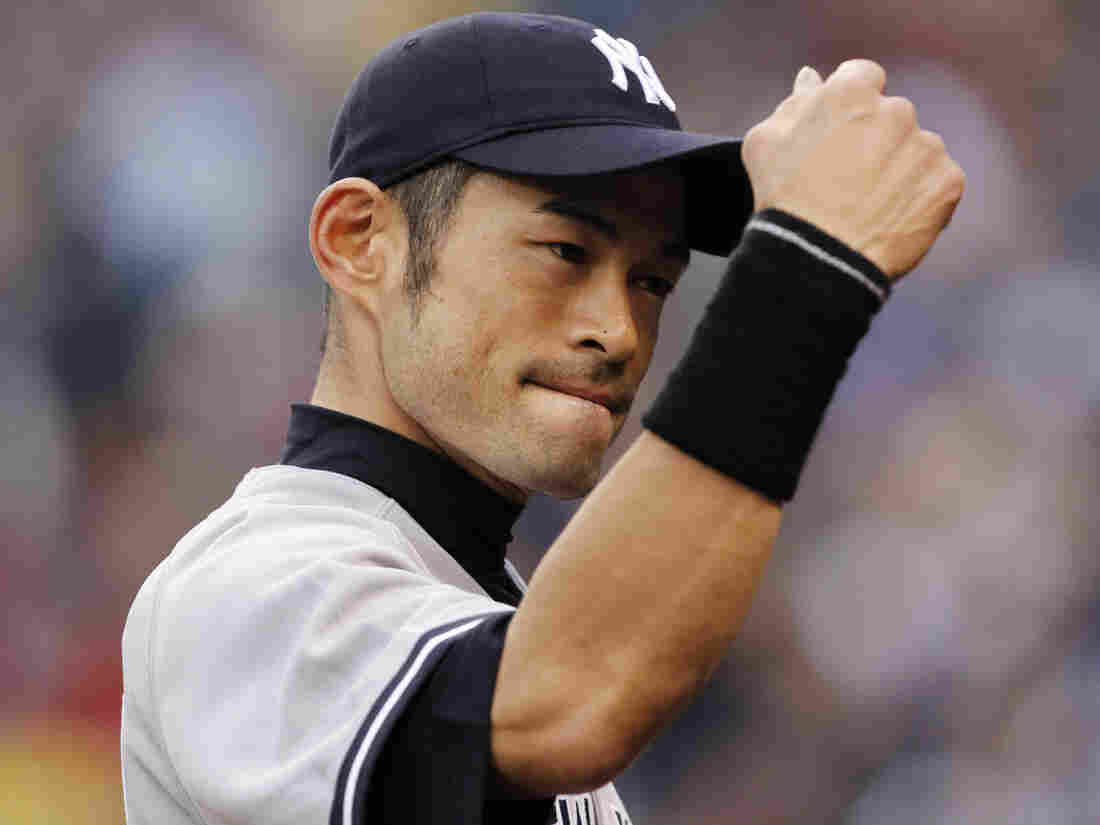 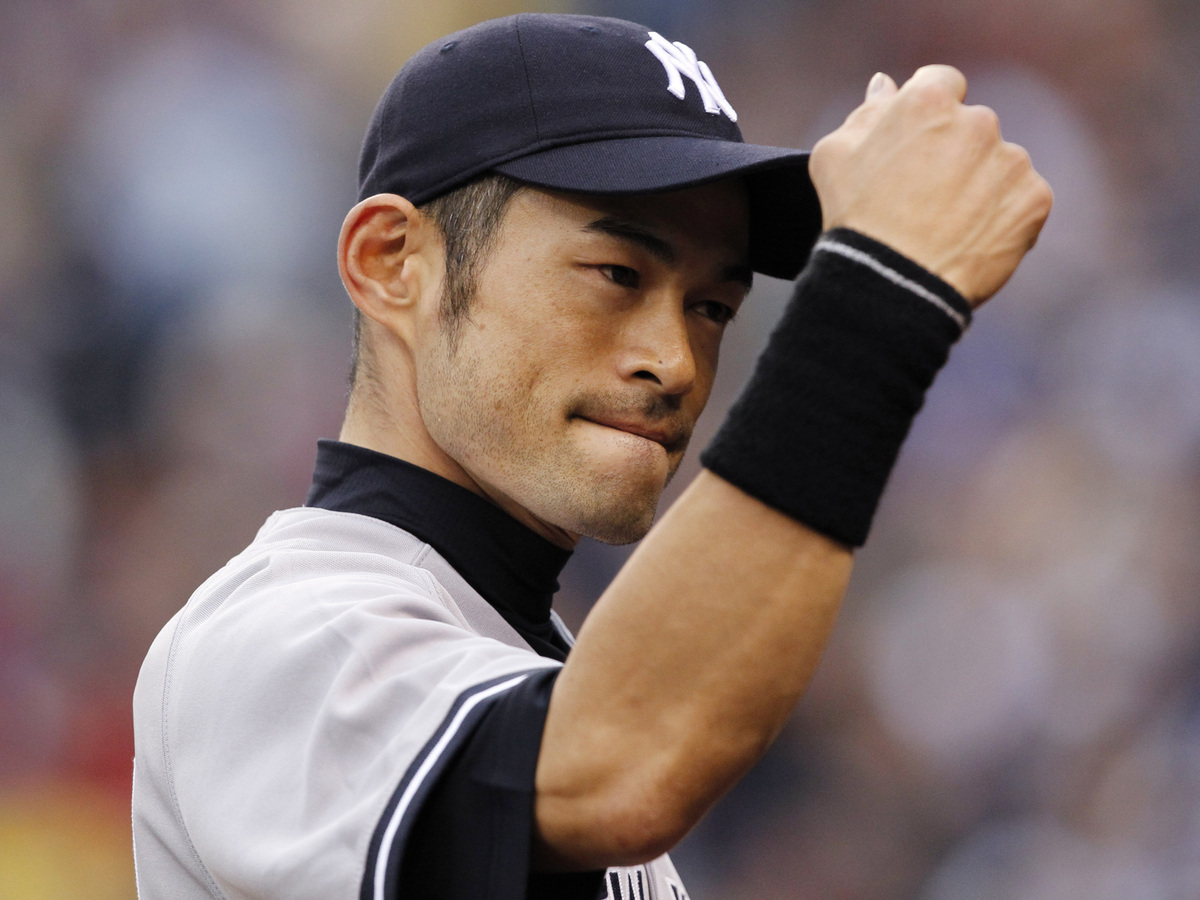 New York Yankees right fielder Ichiro Suzuki readies for a fist bump ... or a fist pump for his new song?

Ben Gibbard, the man behind indie rock darlings Death Cab for Cutie, has been a Seattle Mariners fan since he was five-years-old, and is such an Ichiro Suzuki devotee he wrote a song about the outfielder. Though he wrote it a few years ago, he decided this week — as Suzuki was traded to the New York Yankees — was the right time to release the tribute; Ichiro's Theme.

The song's packed with Mariners love, from name-dropping the team's late announcer, Dave Niehaus ("Dave says on the radio/'Ichiro, you're unbelievable'"), to proclaiming Suzuki's prowess on the field ("When he's at the plate with the game on the line/ the M's are going to win it every time").

Tonight, Ichiro makes his debut in pinstripes at Yankee Stadium. As yet, there's no word on whether he's considering updating his at-bat music, which has, in the past, been Jump by Flo Rida — the Let's Go Ichiro Remix. The rapper went back into his studio and reworked his hit single to pay homage to Ichiro after he learned the Mariner was using it as an at-bat theme song.

(Sarah Handel, producer for Talk of the Nation, came across the song and knew it would appeal to baseball and Yankees-fanatic Neal Conan. She played the song for him, he laughed, and they aired it at the end of Thursday's show.)