Accessibility links
One White Buffalo To Get Sacred Name; Death Of Another Still Stirs Anger : The Two-Way In Connecticut, the birth of what's thought to be a rare white bison is drawing Native Americans to a sacred ceremony. But in Texas, no one has yet been arrested in the May killing of another such animal and there's anger over the pace of the investigation. 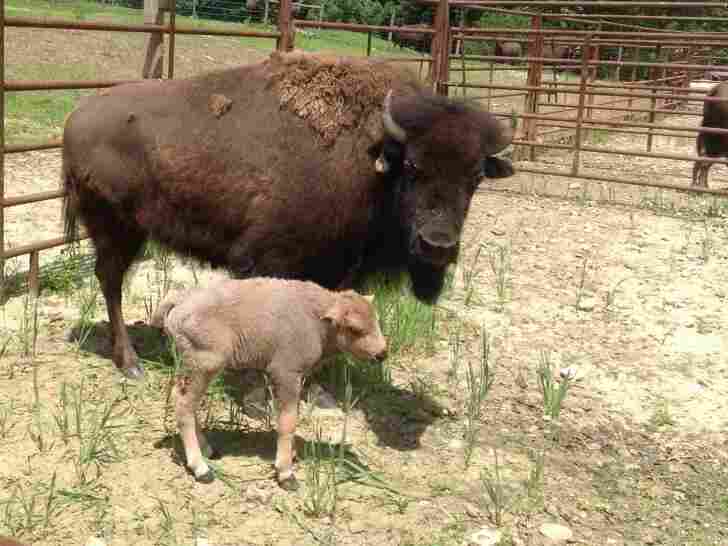 The little guy in Connecticut. Saturday, he gets his sacred naming ceremony. Courtesy of Peter Fay hide caption 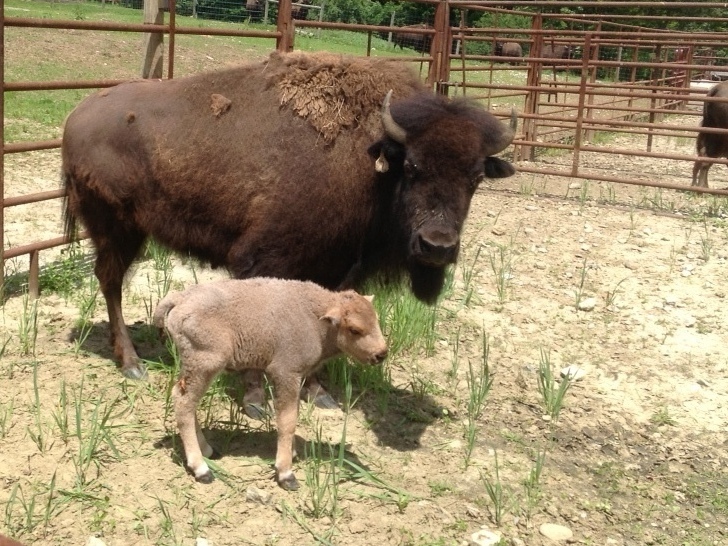 The little guy in Connecticut. Saturday, he gets his sacred naming ceremony.

Hundreds of Native Americans are expected to gather Saturday at a former dairy farm in Goshen, Conn., to hold a sacred naming ceremony for what they hope is a rare white buffalo.

Mark Herz from NPR member station WSHU catches up with the story for All Things Considered in a report due to air later today. As he says, the calf's DNA still needs to be tested to confirm that he truly is a white buffalo — "or bison, as they are more properly known." But, "test results or no," many Native Americans are planning to be there tomorrow.

To be part of such an event "brings so much happiness to us because of the stories of the white buffalo calf that [were] passed down to us for generations," Marian White Mouse, of South Dakota's Pine Ridge Indian Reservation, tells Mark.

A white buffalo calf, says Jace DeCory, a Lakota who's also from South Dakota, "is a sign of rebirth. It's a good omen. We feel good when white bison are born, because it reaffirms our belief that things will be better for our nation and for our people."

A July 19 Associated Press video report on the Connecticut calf.

As The New York Times reported earlier this month, farmer Peter Fay — who "began raising bison [in Goshen] as a hobby four years ago" — says "he carefully researched the bloodlines of the calf's mother and father, and he is confident the animal is all bison without any intermingling with cattle."

We wish we had better news to report concerning the white buffalo calf we posted about in May and the search for his killer. Lightning Medicine Cloud, which was living on a ranch near Greenville, Texas, was killed just shy of his first birthday.

KETR at Texas A&M University-Commerce reports that leaders of the Lakota Nation believe the crime "was committed by at least seven people of Native American tribes other than Lakota." And they're warning that if authorities don't arrest someone soon they may, in the words of ranch owner Little Soldier, "bring those people [suspects] and give them to them right there on the courthouse steps if we have to."

There's also sad news this week from Minnesota of the death of a calf born on July 4 who also was thought to have been a white buffalo.