Accessibility links
Syria: 'Mother Of All Battles' Looms In Aleppo : The Two-Way Renewed, intense fighting erupts in Syria's largest city, Aleppo, where rebels and government troops are battling each other in several neighborhoods. Although no one has prevailed, the government is expected to force back the rebels because of its superior firepower.

Syria: 'Mother Of All Battles' Looms In Aleppo

Syria: 'Mother Of All Battles' Looms In Aleppo 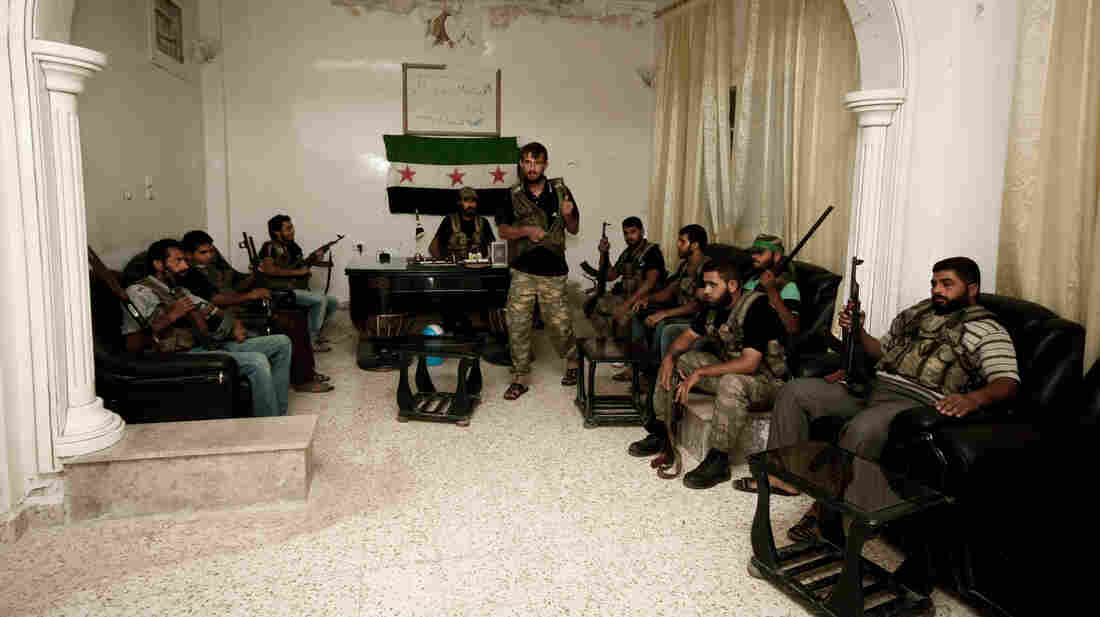 Free Syrian Army fighters are seen in the Syrian town of Azaz, some 20 miles north of Aleppo, on Tuesday. Turkpix/AP hide caption 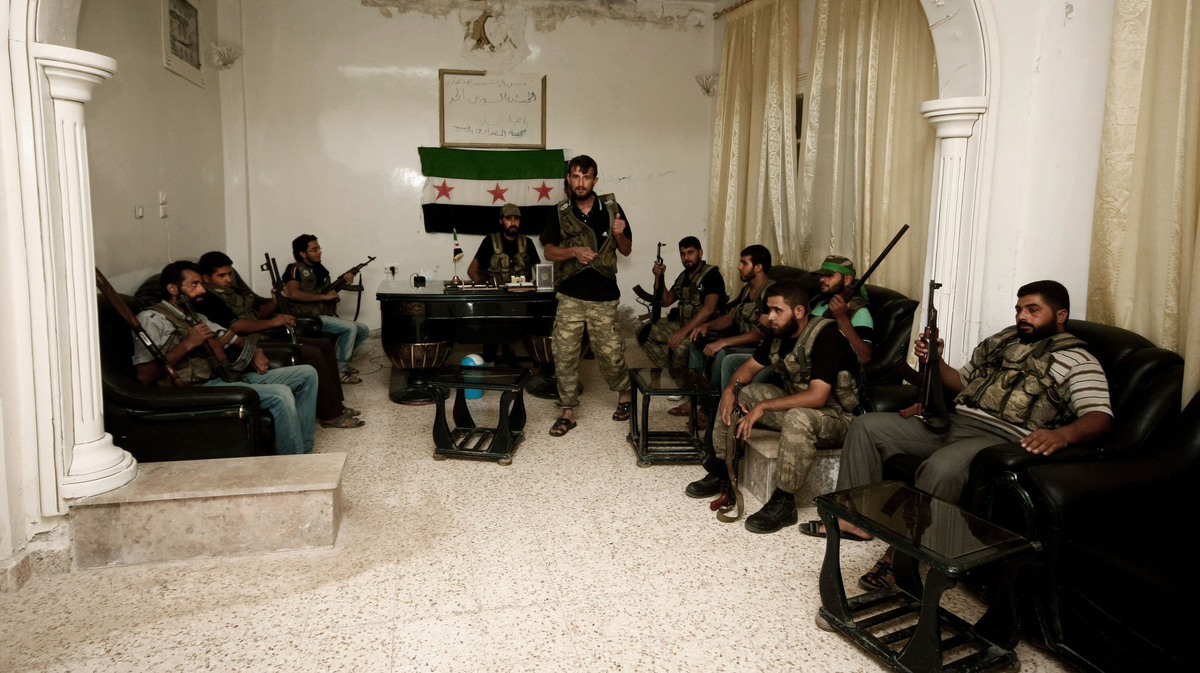 Free Syrian Army fighters are seen in the Syrian town of Azaz, some 20 miles north of Aleppo, on Tuesday.

Syrian rebels are taking a pounding in Aleppo, Syria's largest city but they continue to hold some neighborhoods where they've taken control. VOA reports the Syrian government is warning of "the mother of all battles" in the commercial hub, home to millions of people. Russia says a tragedy is "imminent."

The Syrian Observatory for Human Rights, a group based in Britain, also reports fighting in several Aleppo neighborhoods; the group concurs that this will become "a decisive battle." Rebels claim to hold sectors of the city, which explains why the government dispatched more Syrian troops there this week, supported by helicopter gunships and fighter planes.

Although the rebels have gained much ground, it's unclear if they'll be able to hold any of it. The BBC's Ian Pannell is there and writes, "Both sides are determined to control this place, but the overwhelming firepower belongs to President Assad's men, and they are prepared to use it to retake Aleppo."

They don't have too go far to find each other. The Guardian's Luke Harding is in Aleppo, too. and tweets, "North of the city rebels and army base just 1.5km apart". So far, according to Reuters, "neither side has managed to gain the upper hand."

Reporting from Moscow, Peter van Dyk tells our Newscast unit that Russia says international support for the rebels is paving the way for more bloodshed.

"Foreign Minister Sergei Lavrov says a tragedy is looming in the Syrian city of Aleppo, the current focus of the fighting. He says it is unrealistic to expect Bashar al-Assad to roll over for the opposition, and accuses the West of working with some regional countries to support and direct the armed fight against the Assad regime. That, Lavrov says, leads to more bloodshed.

"Russia and China have blocked three U.S.-backed resolutions on Syria in the U.N. Security Council, and Washington says it will now pursue other methods to resolve the crisis. The EU stepped up its sanctions this week, but Russia says it will ignore the measures and will not allow inspections of any Russian-flagged ships."

Activists told The Associated Press that after a day of fighting in Syria's largest city, the rebels remained in control of their neighborhoods. The AP reports:

"The rebels are estimated to control between a third and a half of the neighborhoods in this sprawling city, especially a cluster in the northeast around Sakhour neighborhood and in the southwest.

"They began their attempt to wrest this key city from the government's control a week ago. About 162 people have been killed, mostly civilians, according to the Britain-based Syrian Observatory for Human Rights, which does not include soldiers in its toll. Some 19,000 people have been killed since the uprising began in March 2011, estimated the group."

Activists told the AP that at least two dozen people had died in the fighting Saturday.