Accessibility links
Long Legal Process Begins For Colorado Shooting Suspect : The Two-Way Prosecutors are expected to formally file charges today against James Holmes. But it will be months, if not longer, before there's any trial. And if they seek the death penalty, the case could take years to resolve. 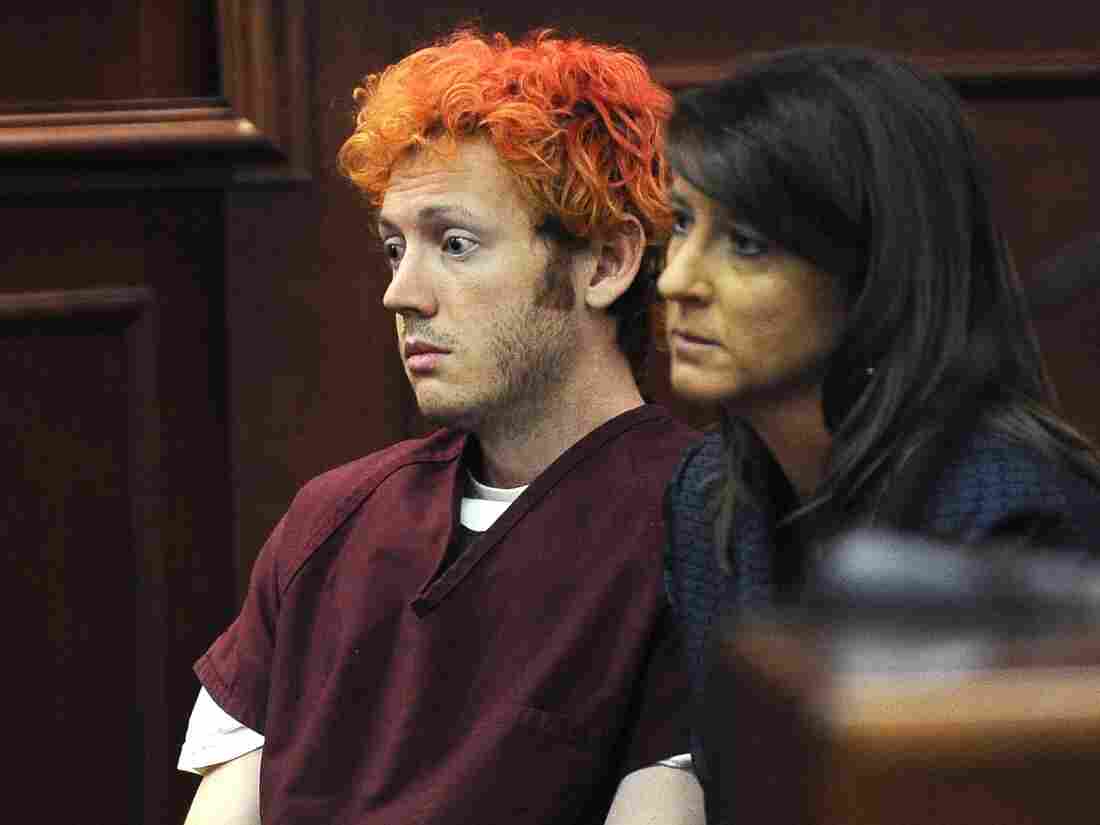 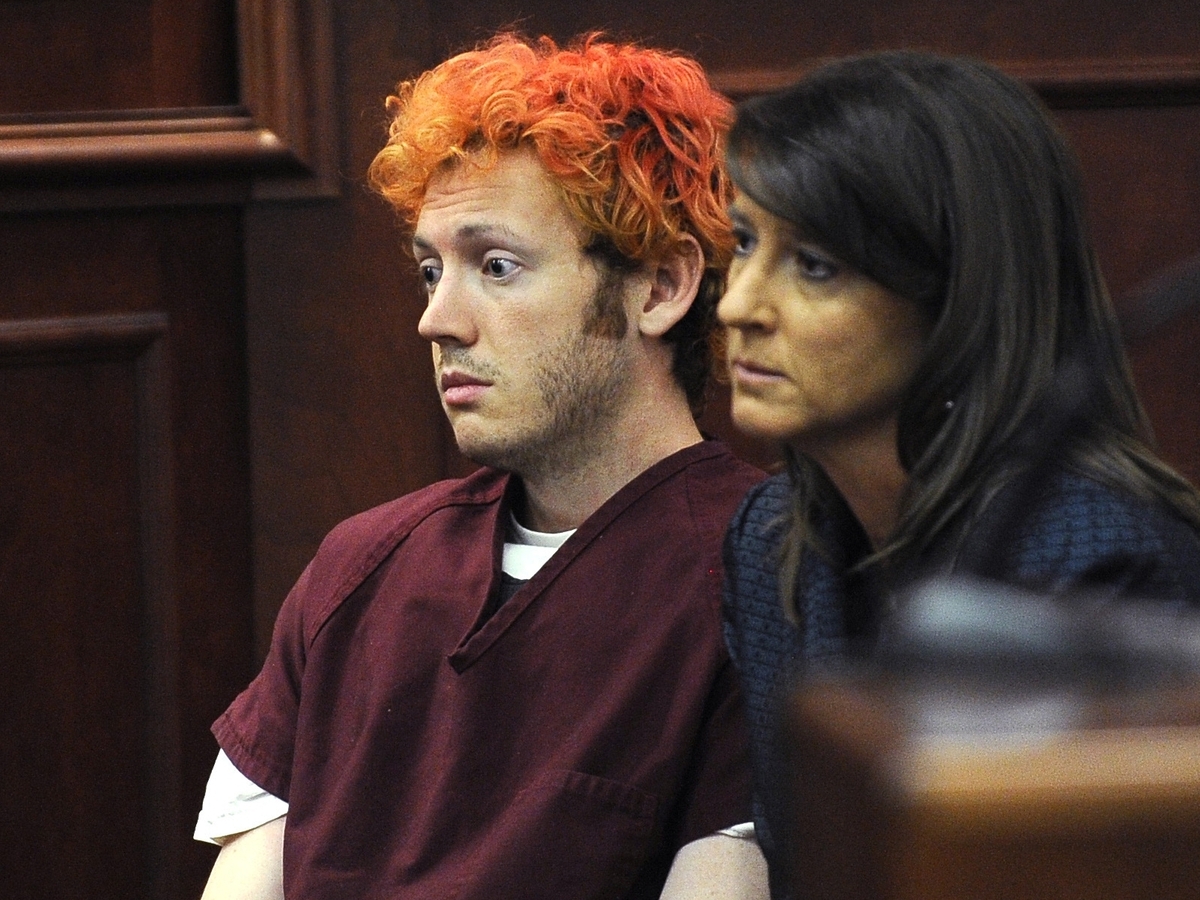 James Holmes, in an Arapahoe County, Colo., court on July 23.

Months of pre-trial legal arguments begin in earnest this morning when James Holmes, the man accused of killing 12 people and wounding 58 others in a July 20 shooting rampage at a movie theater in Aurora, Colo., appears in an Arapahoe County, Colo., court.

Holmes, who has only been seen once in public during a brief court hearing last Monday, will likely find out just how many charges he faces. According to Kirk Siegler of NPR member station KUNC, "it's widely assumed that prosecutors will file dozens, if not more than a hundred, first-degree and attempted murder charges" against the 24-year-old Holmes.

But a trial is still months, if not longer, away. Kirk adds that "after Monday's hearing, attorneys on both sides will continue combing through thousands of pages of police reports and evidence." And, legal experts say "defense attorneys might try to paint Holmes as someone who is deeply troubled and unfit for trial."

Among the other issues expected to come up today, The Denver Post says, is an argument from Holmes' attorneys that "a notebook Holmes allegedly mailed to his psychiatrist prior to the shootings is a privileged doctor-patient communication and should be turned over to the defense."

Also today, the judge is expected to consider the request from several media outlets (including NPR) that he lift an order that sealed the case file.

Unlike at last week's brief court hearing, no cameras will be allowed at today's session. Reporters and the public will be there, however, and we'll be posting with news when it happens. It begins around 11:30 a.m. ET.

As for what type of punishment prosecutors will seek, University of Colorado, Boulder, sociology professor Michael Radelet tells Kirk he thinks prosecutor Carol Chambers will not go for the death penalty. Radelet, an expert on capital punishment, says that because such cases can take decades and cost millions of dollars to prosecute, the district attorney will seek life in prison.

Kirk adds that Colorado "has had only one death row execution since 1967."

"Expects 12, first-degree murder charges. He expects 12 charges of extreme indifference homicide, for shooting into a crowded theater. Robinson also said he expects at least 58 charges of attempted murder. He added that several charges of first and second degree assault are also likely.

"First degree murder convictions aside, Robinson says if convicted of all 58 attempted murder charges and first degree assault charges, the suspect could be sentenced to more than 4,600 years in prison."