Accessibility links
Brother's Last Wish To Leave $500 Tip Turns Into Nearly $50,000 Charity : The Two-Way Aaron Collins died on July 7. He had asked his family to leave some waiter or waitress a $500 tip. When they asked for help in making his wish come true, donations poured in. Now, they expect to be making Aaron's wish come true about once a week for the next two years.

This good-news story began on July 9 with a blog post simply titled "My Brother."

Aaron Collins, wrote his brother Seth, "was the type of person that took great joy in unexpected kindness." And before his July 7 death, the nearly 30-year-old Aaron had made a request:

What the young man from Kentucky didn't leave, was much money. So the family created a blog called Aaron's Wish and a Facebook page to ask for help in making his dream come true. 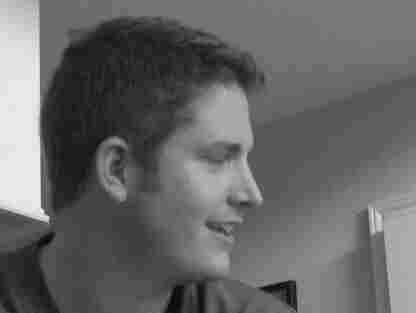 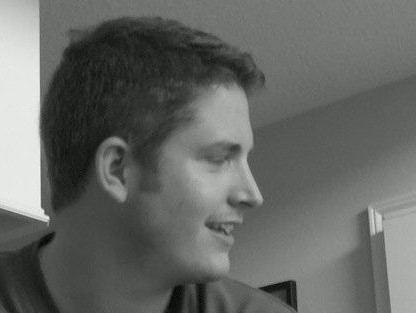 Aaron Collins, who wanted to leave a big tip.

Three weeks later, the family has collected nearly $50,000 and three lucky servers have been surprised with $500 gratuities. The Collins family members are posting videos as they spread the good cheer. Fair warning: you likely will tear up if you watch them. The second in the series is particularly touching. Waitress Chelsea Powell is clearly thrilled and appreciative.

"Aaron Collins' death was unexpected. His brother said the family is still awaiting a final determination on the cause, but a preliminary coroner's report said strangulation contributed to the death. ...

"Seth Collins said the family has raised nearly enough money to do once-a-week tips for two years. So far he has given three big tips, and said he plans to travel outside Lexington for the next dinner. He has been thinking of other possibilities, like leaving big tips for coffee or pizza delivery."

Seth Collins has pledged, by the way, that: