Accessibility links
'Pepper Spray Cop' Is No Longer On UC Davis Police Force : The Two-Way Last November, the officer's use of pepper spray on Occupy protesters became a national story after video of the incident went viral. An investigation concluded there was no need for it to have happened. 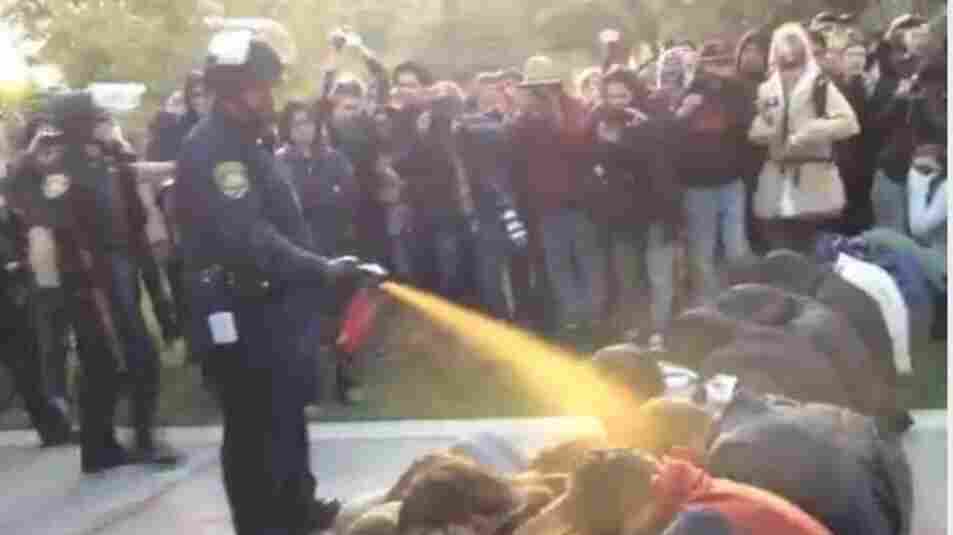 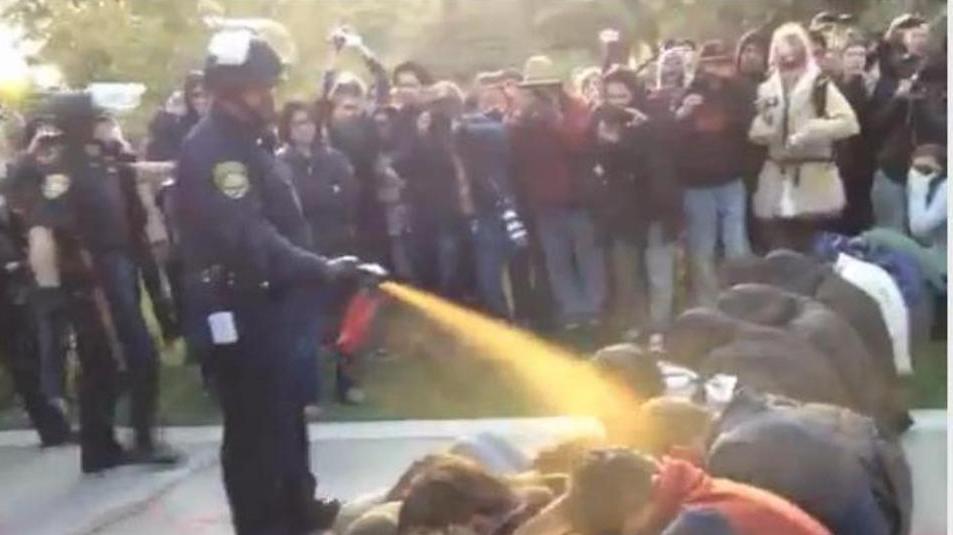 Nov. 18, 2011: Occupy protesters get sprayed at University of California Davis.

"Lt. John Pike, the UC Davis police officer who became a focal point of last November's pepper-spraying incident during a campus protest, is no longer employed by the university," a school spokesman confirmed to The Sacramento Bee Tuesday evening.

Neither that spokesman nor Pike would discuss with the Bee the reasons. Pike had been on paid leave since the Nov. 18 incident.

As you may recall, when a small group of "Occupy UC Davis" protesters wouldn't move from a campus road where they were sitting, Pike walked down the line of seated Occupiers and dispensed pepper spray directly into their faces. Video of the scene went viral. Students and faculty protested. An investigation concluded that the "decision to use pepper spray was not supported by objective evidence and not authorized by policy."

And if you haven't seen the video that went viral after the incident, it's here.