Accessibility links
Chick-Fil-A Appreciation Day Brings Out Supportive Crowds : The Two-Way The call from Mike Huckabee and other conservatives to show support for the fast-food chain's president after he came under fire for his stand against same-sex marriage has been heard by many. Counter events are planned for Friday. 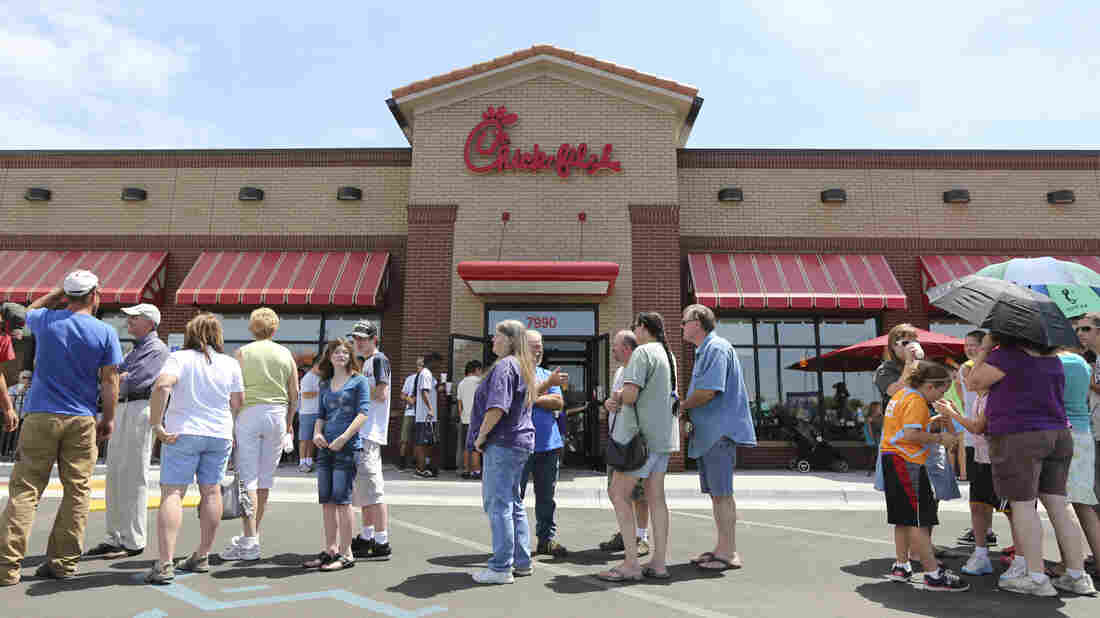 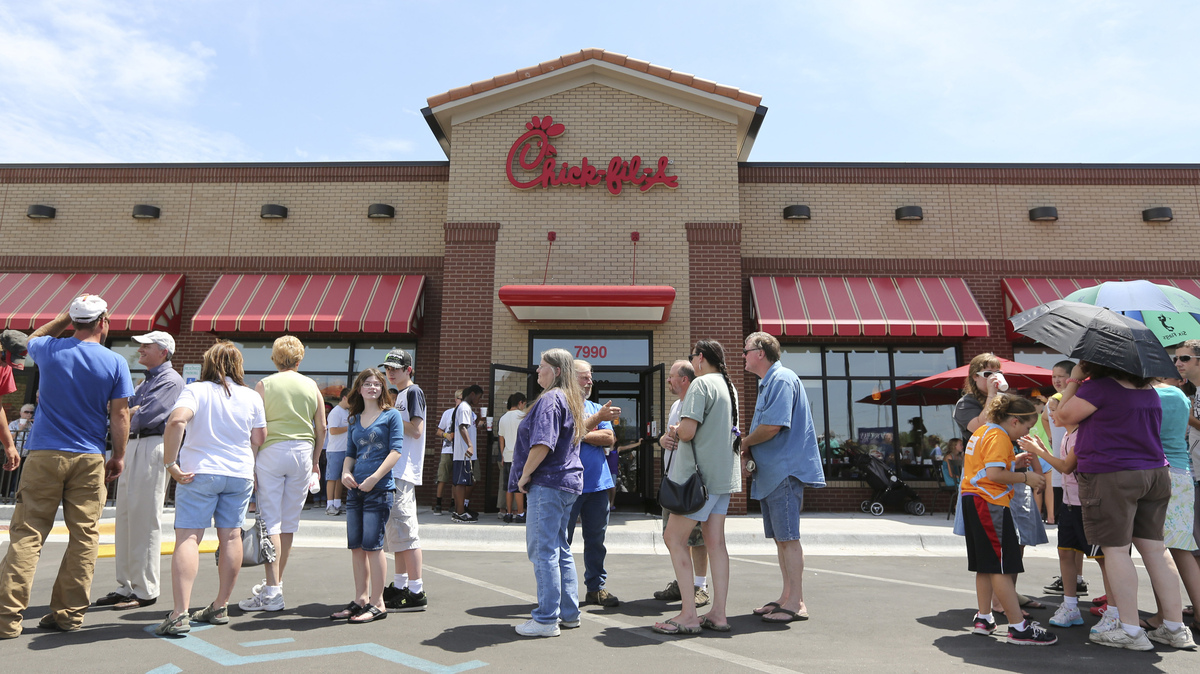 The line stretched into the parking lot today at a Chick-fil-A restaurant in Wichita, Kan.

The call from conservatives such as former Republican presidential candidates Mike Huckabee and Rick Santorum to short support for Chick-fil-A and company President Dan Cathy's stand against same-sex marriage has produced long lines at the fast-food chain's restaurants today, judging from news reports:

-- "Chick-fil-A restaurants across Tarrant County [Texas] and the nation were overrun with customers today," Fort Worth's Star-Telegram writes. "At the restaurant on West 7th Street in Fort Worth, customers were jammed inside and vehicles wrapped about the building at lunchtime."

-- "Hundreds of people participating in a national effort to support the fast food chain Chick-fil-A are gathered at its only Wisconsin restaurant, in Racine's Regency Mall, Wednesday," says Milwaukee's Journal Sentinel.

-- "Local Chick-fil-A supporters flocked to its Indian River Road location and others today to participate in an unofficial 'appreciation day' for the chicken chain," reports Virginia Beach's Pilot Online. "By 11:15 a.m., cars had lined up on Indian River Road, near Kempsville Road, to get into restaurant's parking lot. Most of the tables inside were occupied by diners before noon, and more than 30 customers waited to order."

The Associated Press adds that "a spokeswoman for the Rev. Billy Graham says the 93-year-old evangelist ate a Chick-fil-A lunch, including a chicken sandwich and waffle fries, at his North Carolina home."

"Meanwhile," says U.S. News, "the show of support prompted opposing events all across the country staged by supporters of gay marriage and animal-rights advocates. Gay rights group GLAAD scheduled National Same-Sex Kiss Day, also known as Kiss Mor Chiks day, for Aug. 3. People for the Ethical Treatment of Animals planned to stage protests at Chick-fil-A locations nationwide for both the its gay marriage stance and its treatment of chickens."