Two days after Chick-fil-A set a one-day sales record thanks to a show of support for company President Dan Cathy and his outspoken stand against same-sex marriage, it's "National Same-Sex Kiss Day" for gay rights activists. They plan to kiss their loved ones outside the fast-food chain's outlets and post photos on Tumblr and other social media sites. 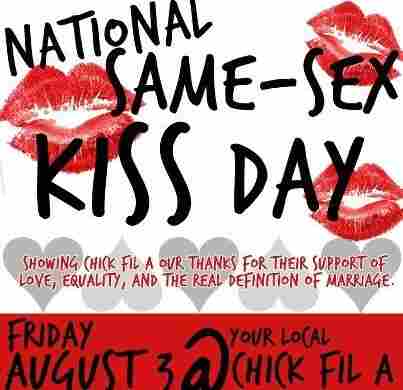 Organizers say they want to "show Chick-fil-A that EVERYONE deserves to be able to fall in love, start a family, and take their children to eat fried chicken after a soccer match."

We'll keep an eye out for stories on this as the day continues.

The Advocate Magazine tweeted this picture of one of the "kiss ins:" 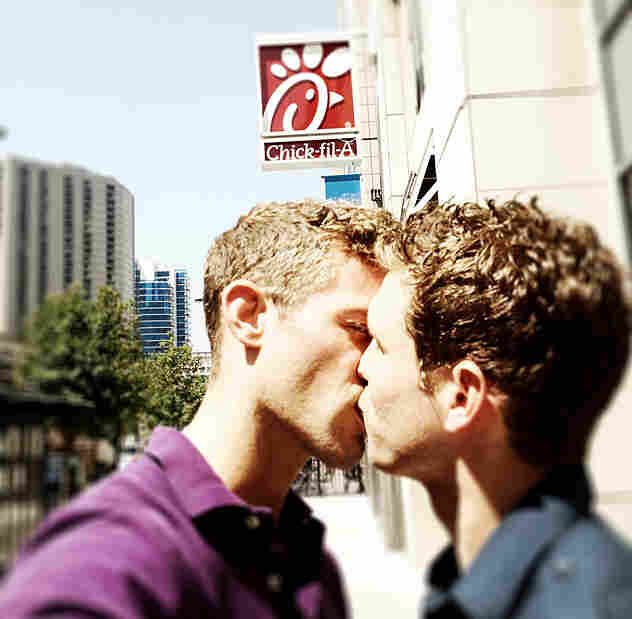 As part of a protest, two men kiss in front of a Chick-fil-A. The Advocate/via Twitter hide caption 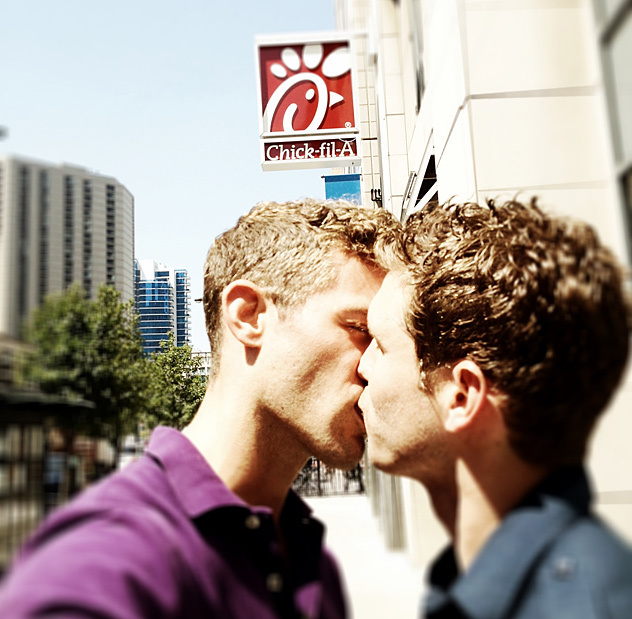 As part of a protest, two men kiss in front of a Chick-fil-A.

The Los Angeles Times reports that at a Los Angeles location, police were called because of "heavy media presence."

NBC Los Angeles reports that vandals spray painted the side of one Chick-fil-A. They scrawled: "Tastes Like Hate."