Accessibility links
Preparing For A 'Horrible Event'; The U.S. And Turkey Plan For Syria's Collapse : The Two-Way Secretary of State Hillary Clinton and Turkey's foreign minister announce the creation of a working group to deal with the collapse of Syria, and the potential of a chemical weapons attack by the Syrian government.

Preparing For A 'Horrible Event'; The U.S. And Turkey Plan For Syria's Collapse

Preparing For A 'Horrible Event'; The U.S. And Turkey Plan For Syria's Collapse 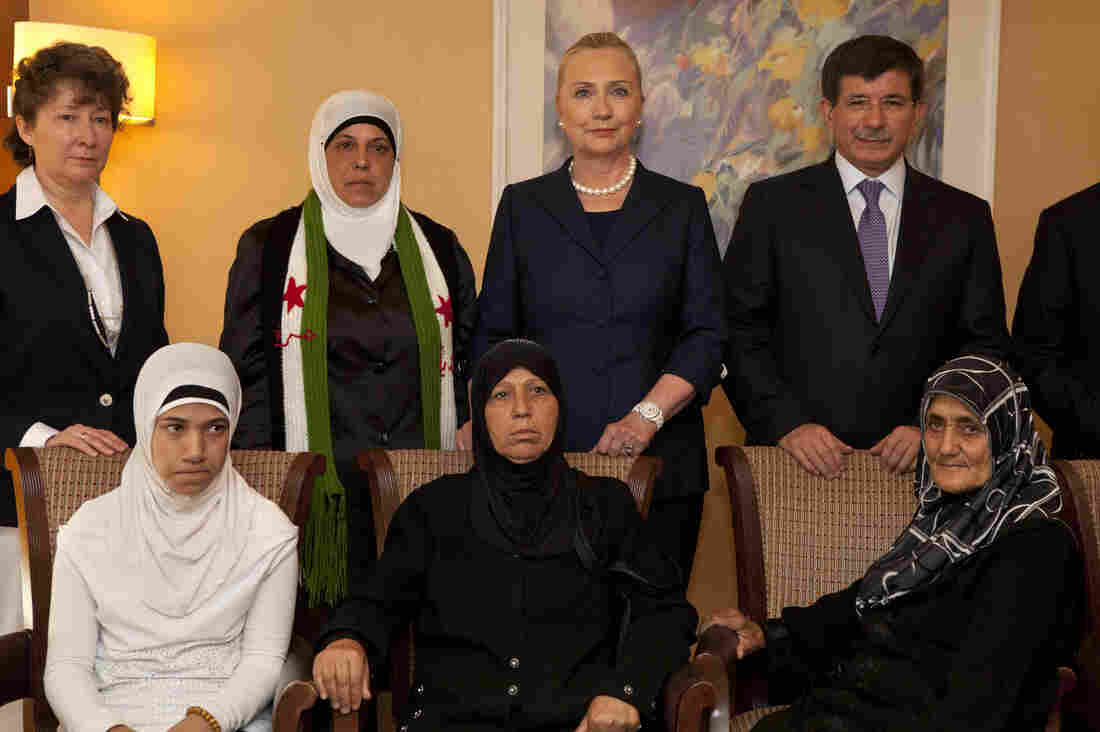 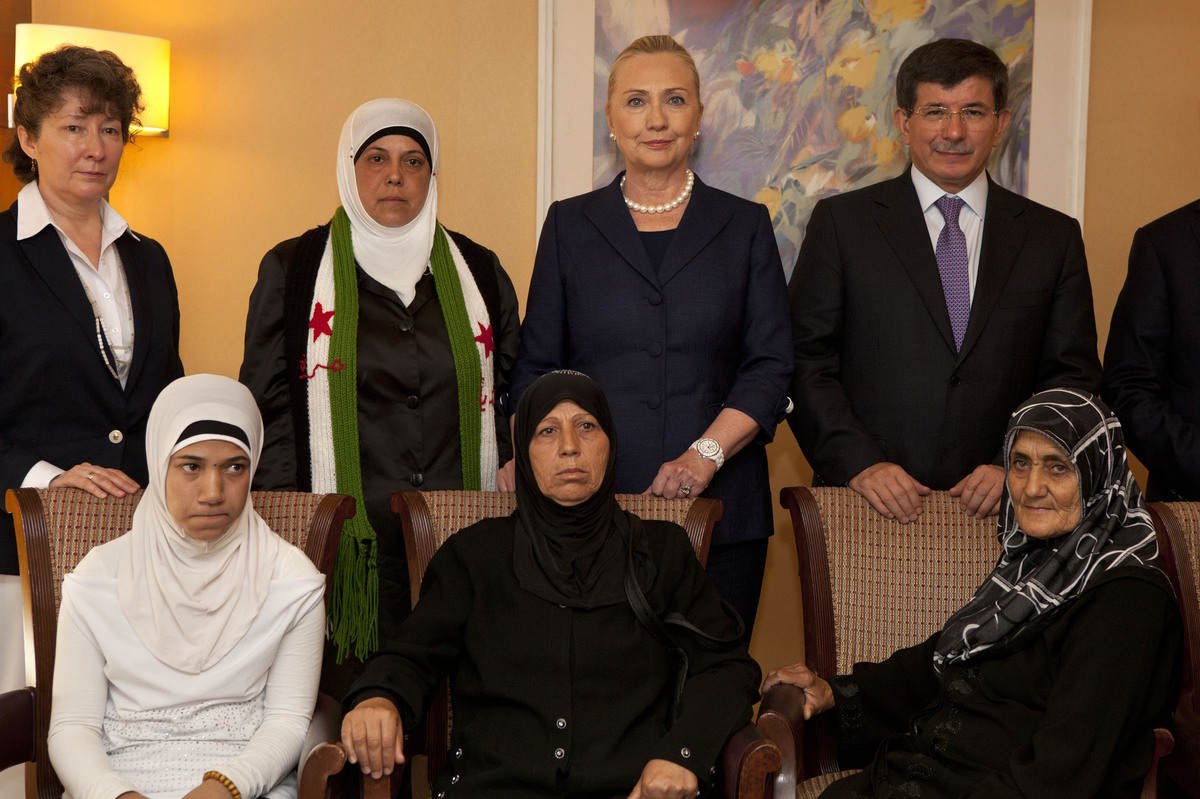 Secretary of State Hillary Clinton and Turkish Foreign Minister Ahmet Davutoglu got straight to the point in their joint news conference Saturday. They announced the creation of a new working group that will monitor what's happening next door in Syria and prepare for crises.

One of those crises could include the possibility that the Syrian government decides to deploy chemical weapons against rebels or other perceived enemies.

Clinton says the new U.S.-Turkish working group needs to be ready for anything, including "the horrible event" of possible chemical weapons use, according to The Associated Press. The new working group will coordinate responses to any chemical attack should it occur.

An attack like that would mean many deaths and injuries, and thousands more Syrian refugees who'll stream into Turkey and other neighboring countries. Last month, a Syrian official threatened the use of chemical weapons but Syria tried to take back the remark, hinting it didn't even possess a chemical weapons arsenal.

Clinton acknowledged to a reporter that she and the Turkish minister also considered investigating the possibility of a no-fly zone to protect Syrian rebels, but she said only that the idea needed much further analysis, according to The Telegraph.

As Clinton visits Istanbul, diplomats from the Arab League are gathering in Saudi Arabia to talk about their next actions regarding Syria, says AFP. When Kofi Annan quit his job as U.N. peace envoy to Syria, he stepped down from the same job on the Arab League's behalf.

Reuters reports the ministers will select Annan's replacement Sunday. There's no indication the ministers could tap the U.N.'s rumored choice for its new Syria envoy: Lakhdar Brahimi of Algeria. He's a seasoned diplomat, having served as special U.N. envoy in Iraq, Afghanistan and South Africa, as it ended apartheid.