Accessibility links
Key Test Tuesday For Hypersonic Flight : The Two-Way Over the Pacific Ocean, there's going to be a test of an experimental unmanned aircraft called the X-51A WaveRider. If all goes as planned, it will accelerate to about 3,600 mph — a speed that could get you from L.A. to N.Y.C. in 46 minutes. 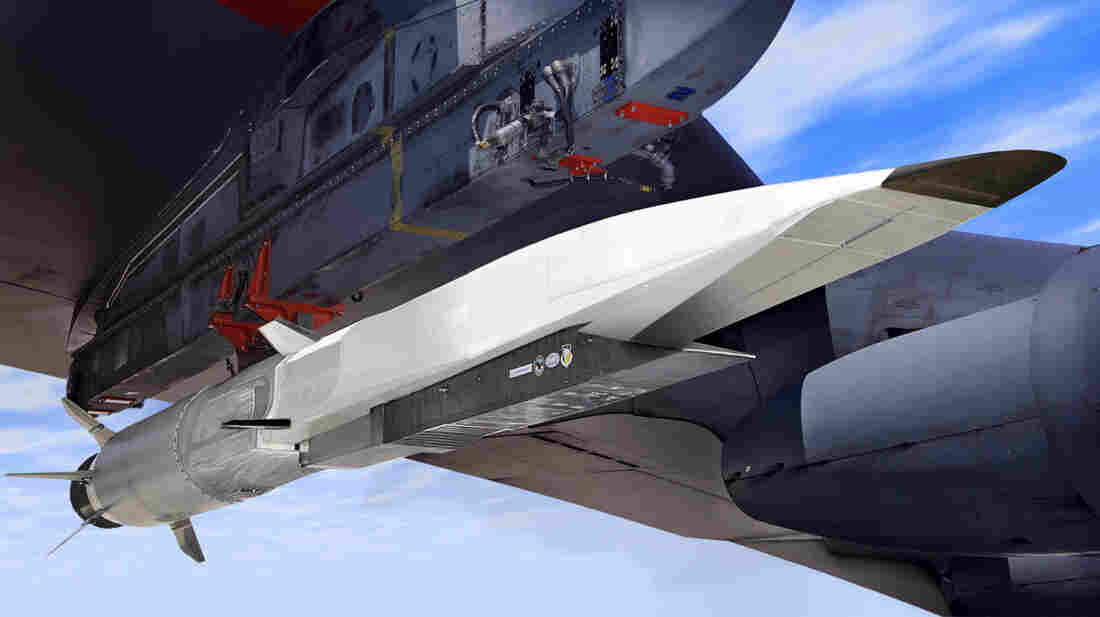 An artist's rendition of an X-51A WaveRider (in white) attached to the wing of a B-52. Pratt & Whitney hide caption 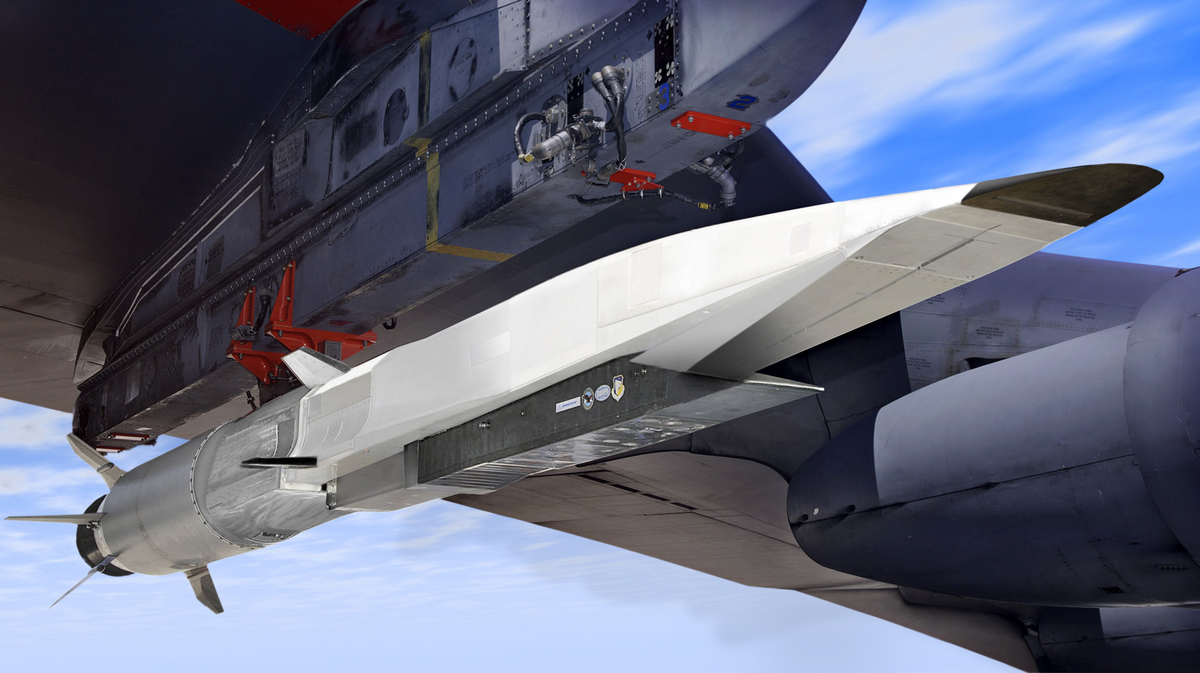 An artist's rendition of an X-51A WaveRider (in white) attached to the wing of a B-52.

Imagine being able to fly from Los Angeles to New York City in less time than it takes to commute from most of Long Island into Manhattan.

Tuesday over the Pacific Ocean off Southern California, there's going to be a test of an experimental aircraft called the X-51A WaveRider. If all goes as planned, it will accelerate to about 3,600 mph — a speed, as the Los Angeles Times reports, that could get you from L.A. to N.Y.C. in about 46 minutes.

Don't book your tickets yet for the WaveRider, though. The X-51A WaveRider is an unmanned craft. Plus, Tuesday's test will be considered a success if it can sustain hypersonic speed for about 300 seconds.

"Aerospace engineers say that harnessing technology capable of sustaining hypersonic speeds is crucial to the next generation of missiles, military aircraft, spacecraft — and even passenger planes."

One is a mission animation that shows how it will be taken high in the sky by a B-52. The WaveRider will detach from the B-52's wing, then fire a rocket engine. That engine will detach once the WaveRider reaches about 3,000 mph. Then the "Scramjet" engine will take over. As the second video shows, it has no moving parts. If it works as planned, the aircraft will be going so fast that it will ride its own wave — hence its name — as air sucked in at hypersonic speed combines with jet fuel to produce more thrust.

After about 300 seconds, the test craft is supposed to break up and fall into the ocean.

Some of our previous posts about hypersonic flight:

-- Paris Air Show: A Passenger Jet That Does New York To London In 90 Minutes.

By the way, NASA has an online "Mach number" calculator that lets you calculate the speed of sound at different altitudes and speeds.