Accessibility links
'F-Bomb' Added To Dictionary : The Two-Way Among the other words Merriam-Webster is including in its 2012 update: sexting, man cave, mash-up and earworm. 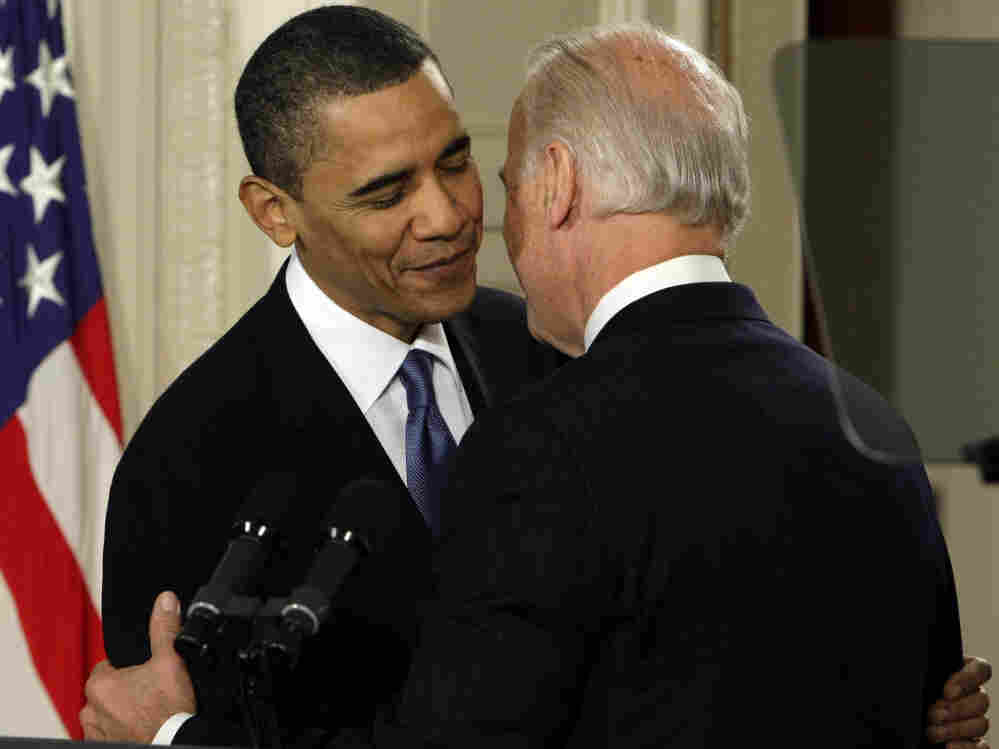 We expect that most folks won't need to look up the definition. But just in case, "f-bomb" now has its own entry in the Merriam-Webster's Collegiate Dictionary.

From the Web: How Merriam-Webster decides whether a word belongs in its dictionary.

And no, the entry doesn't appear to be illustrated with a image of recent vice presidents (Biden and Cheney), who have been known to drop an f-bomb from time-to-time.

The other 14 new entries in this year's update of the dictionary: