Accessibility links
Leader Of Anti-Semitic Party In Hungary Discovers He's Jewish : The Two-Way The revelation forced him out of the party and has triggered some soul searching.

There's a story out of Hungary that has received quite a bit of play from the religious press but hadn't quite risen to the mainstream until the AP ran a piece about it today. 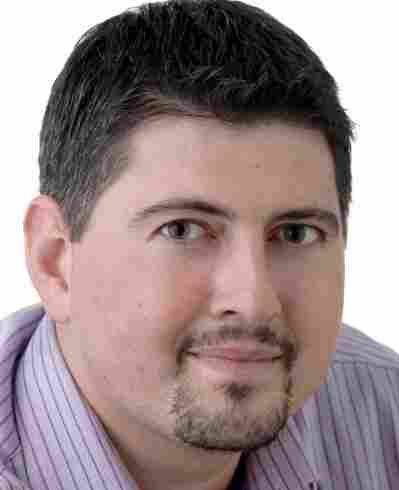 It's quite dramatic with an incredible plot twist: One of the leaders of Hungary's Jobbik Party, which the Anti-Defamation League says is one of the few political parties in Europe to overtly campaign with anti-Semitic materials, has discovered that he is himself a Jew.

As the AP says, Csanad Szegedi had in the past railed about the "Jewishness" of the political class. According to the ADL, his party's presidential candidate referred to Israeli Jews as "lice-infested, dirty murderers."

For Szegedi all of this came to a screeching halt, when in 2010 a prisoner confronted him with evidence that he had Jewish roots. According to the AP, Szegedi tried to bribe the prisoner to keep him quiet, but rumors and innuendo reached a fever pitch by late last year and in June, Szegedi conceded that his mother was a Jew. According to Jewish law, that makes Szegedi Jewish, too.

Not only that, but Szegedi's grandmother survived Auschwitz and his grandfather survived labor camps. The AP adds:

"Under pressure, Szegedi resigned last month from all party positions and gave up his Jobbik membership. That wasn't good enough for the party: Last week it asked him to give up his seat in the European Parliament as well. Jobbik says its issue is the suspected bribery, not his Jewish roots.

"Szegedi came to prominence in 2007 as a founding member of the Hungarian Guard, a group whose black uniforms and striped flags recalled the Arrow Cross, a pro-Nazi party which briefly governed Hungary at the end of World War II and killed thousands of Jews. In all, 550,000 Hungarian Jews were killed during the Holocaust, most of them after being sent in trains to death camps like Auschwitz. The Hungarian Guard was banned by the courts in 2009.

"By then, Szegedi had already joined the Jobbik Party, which was launched in 2003 to become the country's biggest far-right political force. He soon became one of its most vocal and visible members, and a pillar of the party leadership. Since 2009, he has served in the European Parliament in Brussels as one of the party's three EU lawmakers, a position he says he wants to keep."

The Jewish Telegraphic Agency filed a report on the case earlier this week. According to the JTA, Szegedi met with Rabbi Shlomo Koves on Aug. 3.

Szegedi told him that following the Holocaust, his grandparents had an Orthodox Jewish wedding, but they decided to keep that and their religion a secret from their children and grandchildren.

The JTA reports that after talking to Koves, Szegedi decided to plan a trip to Auschwitz. Koves said he apologized "for any comments he had made against the Jewish community" and would like to make the trip to "pay his respects to the Holocaust martyrs."

If you have more interest in this story, The Wall Street Journal has more and the AP story is fairly exhaustive.